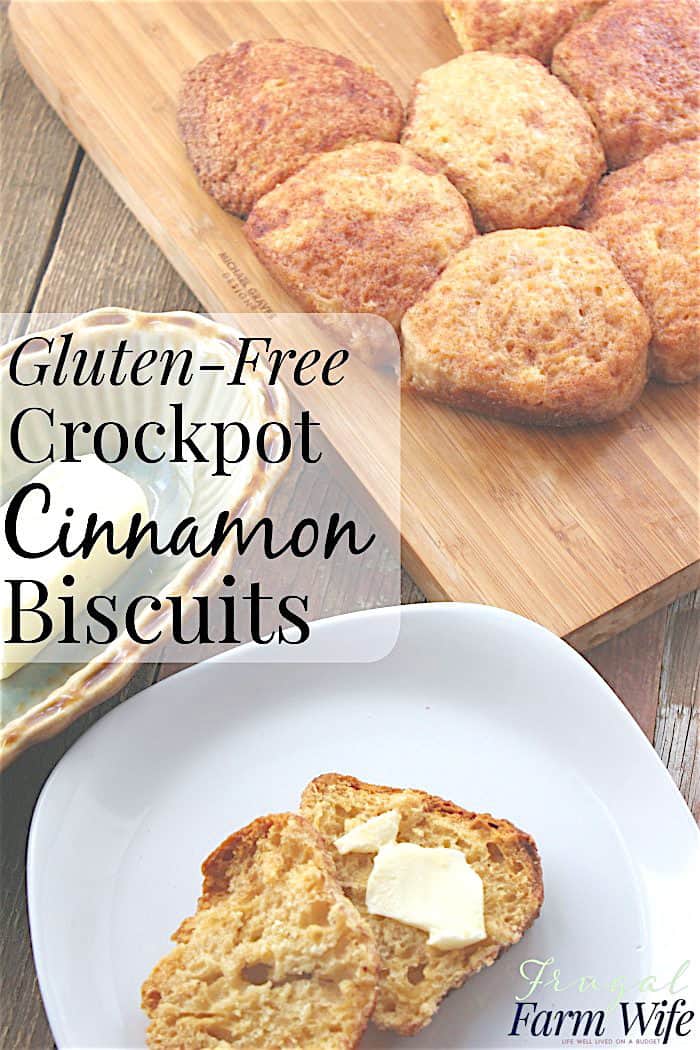 I was reading over at moneysavingmom.com the other day, and saw Crystal’s recipe for making cinnamon biscuits in the crockpot.

First off, I would never in a million years have thought that baking biscuits in a crockpot would actually work.

Secondly, I got so excited because it looked just like the version of monkey bread that my mom used to make when we were kids, and if you know anything, you know that food from one’s childhood is the best. Food. Ever. End of story .

Of course, I had to try these, and I had to make them gluten-free.

The first time I made them, I used my gluten-free drop biscuit recipe but added just enough extra flour so that I could roll the dough into a biscuit-ish shape with my hands so that I could dunk them in the butter.

But that was before I finally found a good gluten-free recipe for traditional cut-out biscuits. So now I’ve tried it with both, and I can definitely say that I like the drop biscuit recipe the best. It’s softer and fluffier, whereas the cut out biscuits are more firm, which is better for spreading butter and jelly on, but in my opinion, cinnamon biscuits are more like monkey bread, so they should be lighter. Right?

So this recipe is customized for the drop biscuits, but you can do it whichever way you like best. 🙂

Now, on to the recipe – These biscuits are so good they’re addictive! 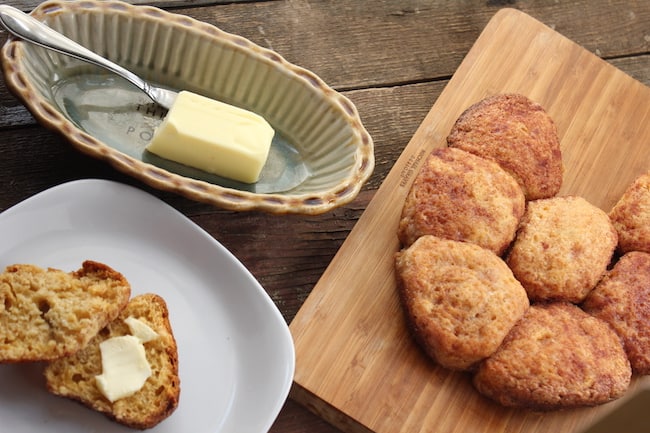 P.S. This is my favorite crockpot.