You are here: Home / Family / Our Whole30 Experience

Over the last month, our entire family went on a whole30. We documented our journey through publishing meal plans, from our “whole30 prep week”, all the way through the end, where we ended up meal prepping whole30 week4 so we could spend less time cooking, and more time out at our new house, renovating, and basically tearing stuff up. 😉 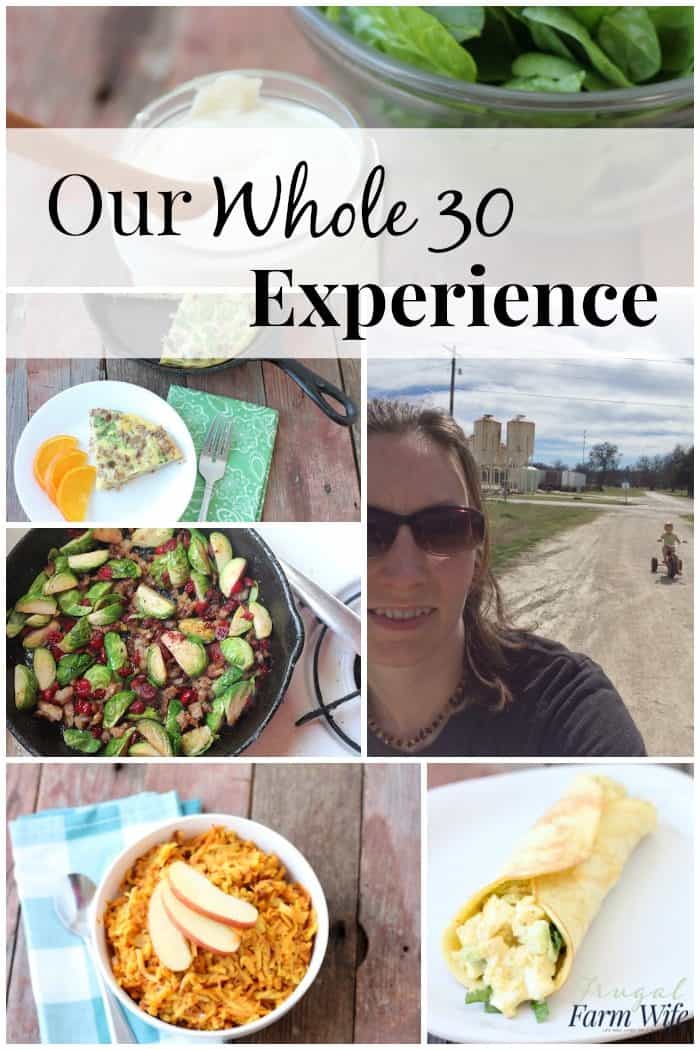 What we didn’t really document was our experience on a personal level with the whole30.

To begin with, the kids and I are pretty healthy already, but as I did mention early on, part of my decision to include the kids on the diet was Garrett’s dark circles under his eyes (there is some debate over whether that’s hereditary, since many of my husband’s family has them), and a little rash Hadassah had – similar to a diaper rash – which I thought might be caused by a dairy intolerance.

Those are the reasons I put them on the Whole30, Some of the things a lot of folks hope to gain by it are:

Regardless of your reason, it’s never a bad idea to reinforce healthy eating habits, and for me, that was the overall goal. 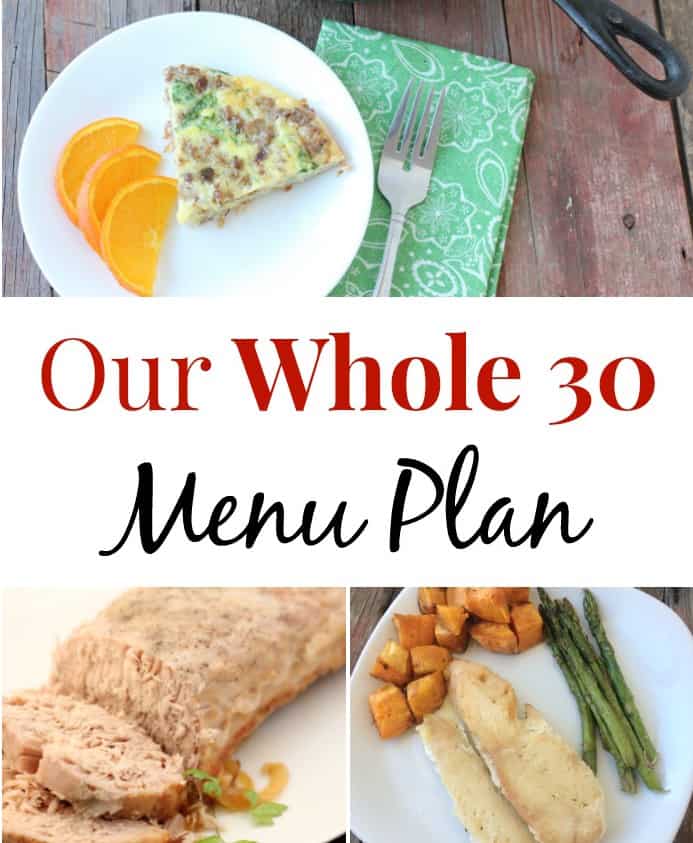 This week was the hardest for the kids. It’s hard for little ones to differentiate between short term and longer term changes, and I think they feared that they would never get to see another bowl of ice cream again.

It was hard for me in that it hearing “but can’t we have…?” and “but I don’t like…!” all day long was tiring. Insofar as the diet itself was concerned though, that was easy.

I have read that many people have a hard time during the first week, what with coming off of sugar addiction and carb dependency, and I did wonder if I would have a little bit of that, since I don’t wake up hungry in the morning, which is a sign of leptin resistance.

It wasn’t a problem though, and I’m sure that was partly because I was so gung-ho about doing this thing, and unlike the kids, I knew that 30 days wouldn’t last forever.

Still, for anyone thinking about going on the Whole30, I can’t recommend highly enough reading the books It starts With Food first. That book gives you all the whys and wherefores of the diet, and the knowledge you gain from it will arm you to fight those cravings when they do come. 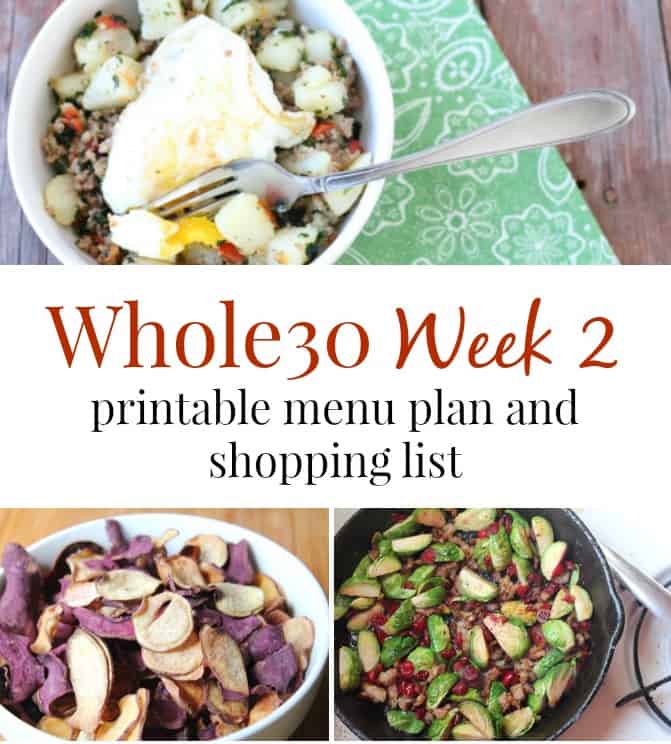 During this week, the kids asking for oatmeal and grits every morning started to taper off. We found some recipes that we all really likes, and I found that the key to getting Garrett to eat Zucchini was to put it in a whole30 zucchini frittata, and let him cover it with salsa. Score!

He did, however, take to pitifully asking “oh, when are we going to be able to eat food that I like again?”

I reminded him that he was eating food that he liked right now. Just not the same food.

He didn’t go for it.

This week, I also figured out that the kids would be perfectly happy eating freeze-dried fruit for dessert at our church potluck, which was a huge breakthrough for us – sitting there with an empty bowl while your little friends are eating brownies and ice cream isn’t easy for a kid, and I’m ecstatic that we found a healthy compromise.

For myself, I hadn’t really seen any changes, except for that initial 3ish pound weight loss that you see when you cut back on carbs. It’s water weight, so don’t get excited. 😉 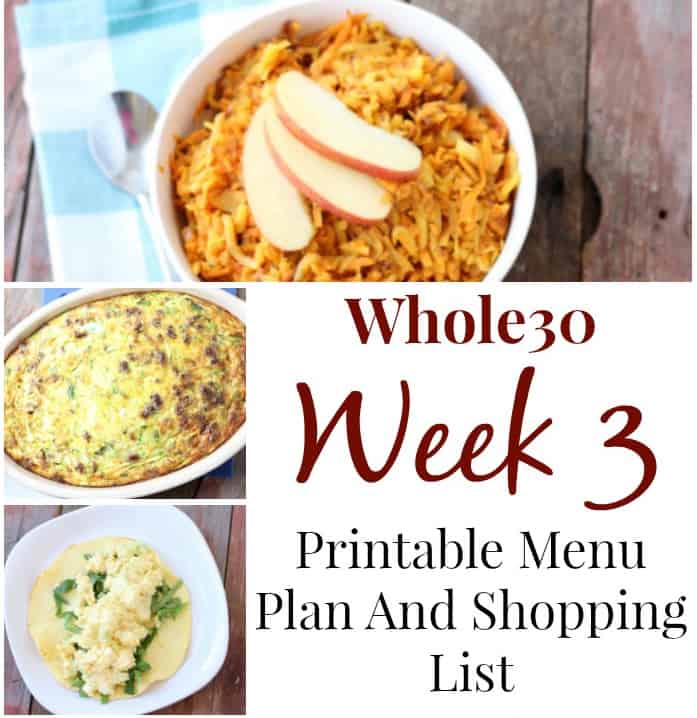 This kids, at this point, were doing a lot better. Eating apples by the dozen, and almond butter by the pound, but they’d gotten used to their whole food snacking, and had come to expect meat and vegetables at every meal.

They drew the line at brussels sprouts and asparagus though.

During the middle of the week, Garrett asked me if I would make sweet potato hash browns with apples in them, and after a little bit of brain storming, I did!

They ended up being the highlight of his day every day after that.

At some point during the week, I noticed that my skin had cleared up. I only ever had one or two zits at a time during the last half of each month, but I suddenly realized that I didn’t have any – woohoo!

Trouble was (and is), I had no idea which food(s) were responsible for that, but I’m leaning toward sugar and/or dairy. 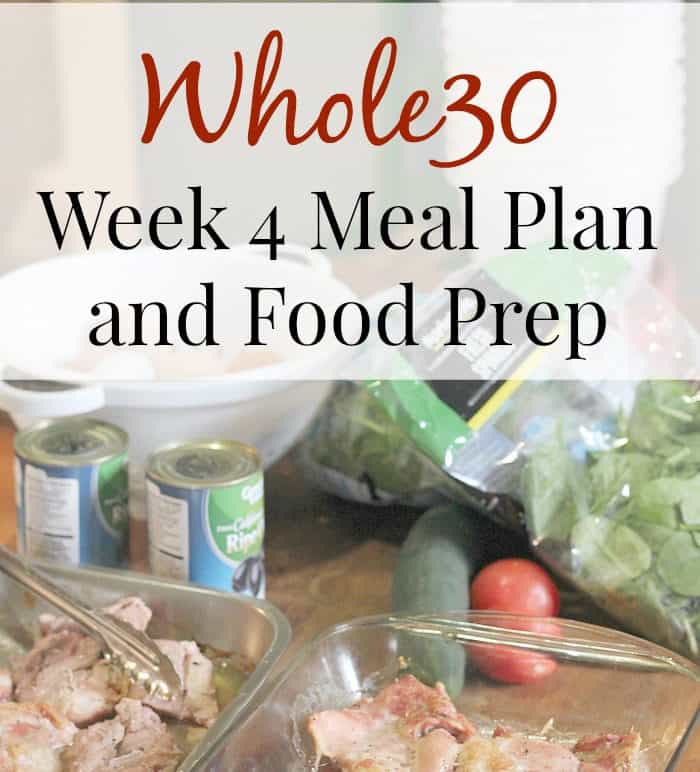 This week was honestly the hardest for me. The end was in site, and I just. wanted. a brownie. Part of it I could probably attribute to Valentine’s day, and the funk that puts me in, and seeing alllll the chocolate and candy on those last few shopping trips.

Bottom line, I felt like I was missing out, even though I knew I could easily make delicious treats the next week.

But at the same time, I also wanted stick to the whole30 lifestyle, because this no acne thing is pretty awesome!

The kids were good sports during the last week, and I did end up ending the whole30 early for them when an elderly gentleman at an event wanted to reward their good behavior with chocolate. How could I say no to that?? 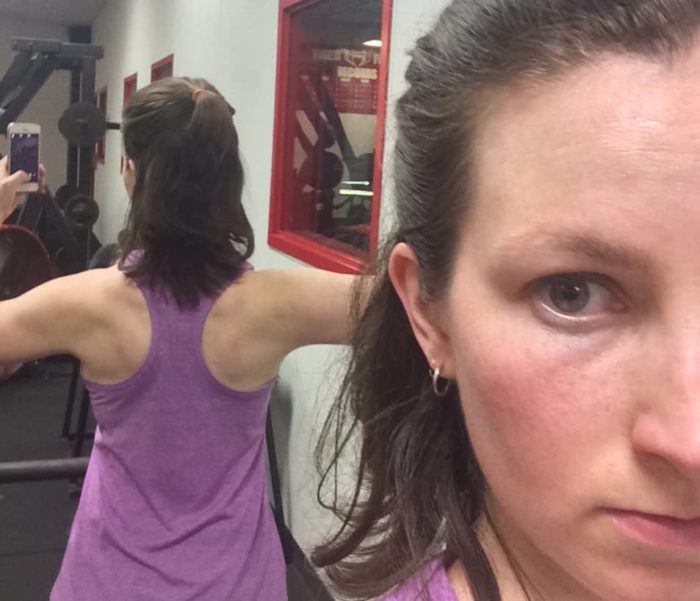 After that initial three pound loss, I didn’t lose a darn thing until….

Okay, now it’s important to understand that I’m not really overweight to begin with. Not skinny, but not fat either, so my body’s pretty happy with itself, and isn’t going to go out of its way to shed pounds.

That said, I think this is a really important point for anyone going onto the whole30 with weight loss intentions.

I didn’t lose weight until I doubled my protein during the last nine days of the diet.

It was hard for me eating that much protein, but I did it because, after calculating both my protein and total calorie intake, I realized that my eating habits wouldn’t support the strength building that I’m hoping to accomplish.

So while keeping everything else the same, I started eating ridiculous amounts of meat, fish, and eggs.

By the end of the month, (nine days later) I had lost an additional two pounds.

Then I got the flu, which completely sabotaged everything, and I haven’t quite gotten my protein up to snuff again, so longer term results are up in the air. 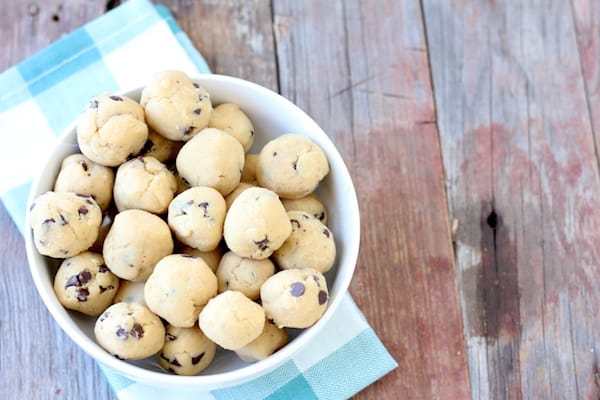 I want to be a whole foodie, and eat the best, healthiest food I can – protein and vegetables. I want to continue to strive toward higher quality food, like grass-fed beef (we’re planning to buy a cow for slaughter soon!), and keep less healthy eating habits to a minimum.

One of the things I missed most on the whole30 were vegetarian protein sources (beans and peas), and one of the first things I did after the whole30 ended was crack open a can of chickpeas to make no-bake chocolate chip cookie dough bites.

But there’s still room in my life for the occasional decadent dessert. Always.