You are here: Home / Eat Well / How To Cook (and de-gas) Beans In Your Instant Pot

Every week, with few exceptions, I cook a big pot of beans to add to dishes throughout the week – mostly in the form of homemade refried beans, but occasionally also baked beans or calico beans.

And less often than I’d like, homemade hummus, especially roasted garlic and red pepper hummus. Now that stuff is yummy! 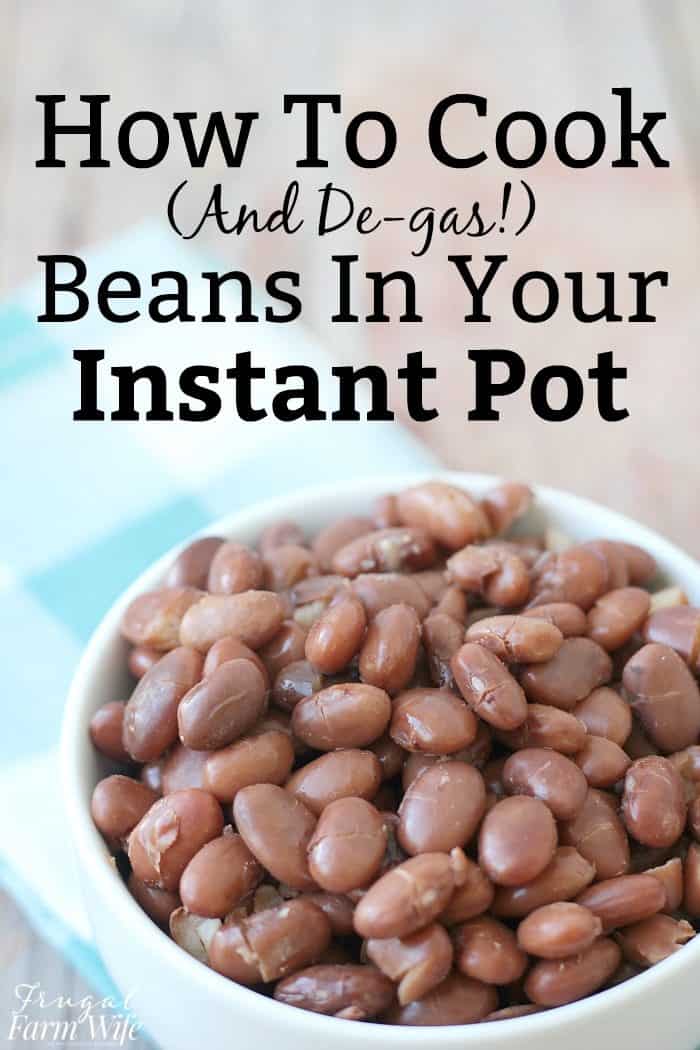 The reason we eat so many beans? Well, they’re super cheap! And they’re also a great source of nutrition including protein, fiber, folic acid, iron, and many trace minerals.

But of course, there’s an ugly downside to beans. We all know it. And yeah, it’s the smelly, uncomfortable kind.

This is especially true of canned beans by the way. Yep, not only are they more expensive than dry beans, but they’re not cooked in such a way as to degas them.

But YES, you can degas them.

If you run a quick google search, you’ll come up with ten different methods for the absolute best way to degas beans.

I’ve tried them all, and frankly, not all of them have worked for us.

For a while, I actually thought degassing beans wan’t really possible, and quit eating them.

Then I found out that there’s an enzyme in beans that is only broken down by high heat – in other words, cooking them in the slow cooker was half my problem.

So knowing that, I decided to give them another go, and we FINALLY hit on a bean degassing method that actually works for us. 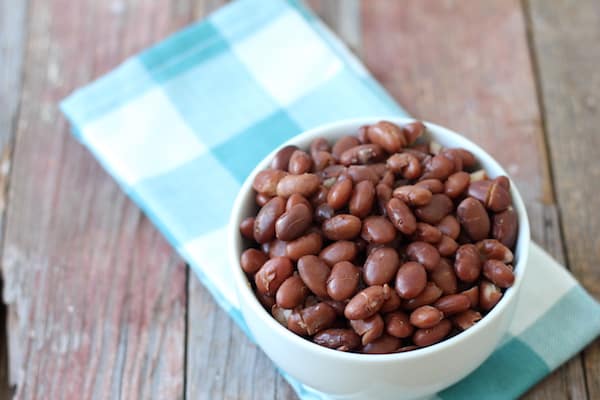 And just as importantly as degassing, I’ve started cooking them in my Instant pot. I LOVE being able to put them in, set the timer, and walk away. This morning, I turned them on, and then walked out the door to go paint our new house while they cooked. The only problem with walking away is that in the Instant Pot, they cook SO fast – you really don’t need to walk away!

How To Cook (and de-gas) Beans In Your Instant Pot