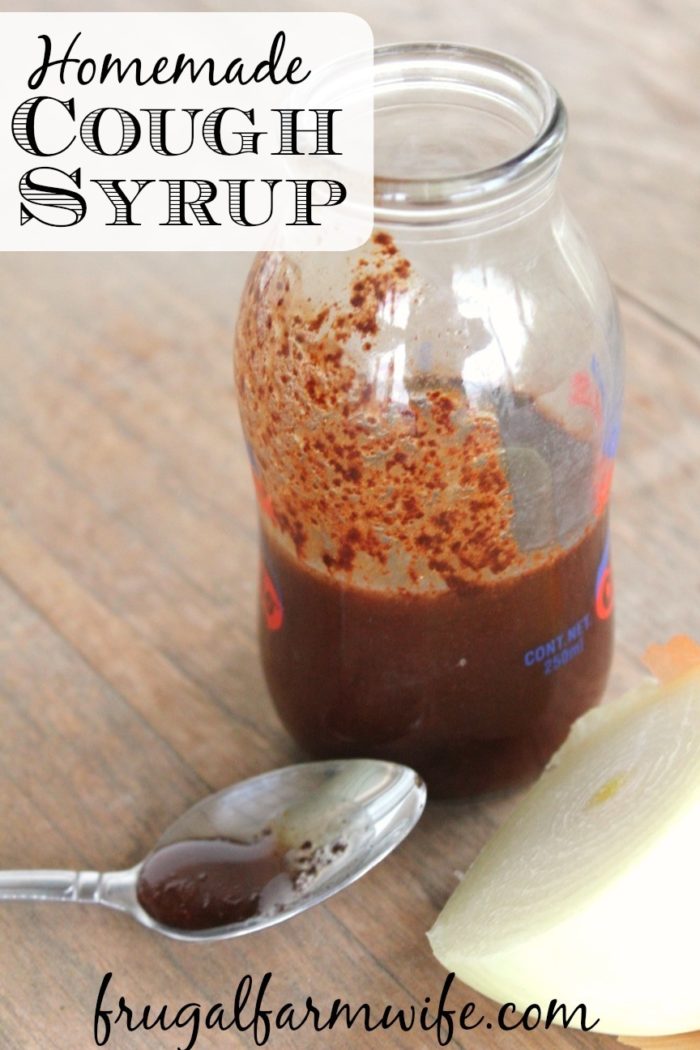 I’m one of those crazies who doesn’t like to intervene too much when I get sick. You know, just let the virus run it’s course. I suppose I’m a stick in the mud because I haven’t had much success with over the counter drugs. When I took them, I actually felt like they just prolonged the problem.

Which is what finally prompted me to try making homemade cough syrup.

I admit that I went into the problem with some skepticism. I mean, could homemade cough syrup really work? Of course, I was kind of assuming that we were going to just be mixing some honey and lemon juice together, and that sounds more like dessert than anything really.

No so fast though!

I’m learning that homemade remedies have the capacity to be so much more powerful than their conventional counterpart. Homemade lip balm is a perfect example of this: Having tried several different recipes, I can tell you that all but one of them was light-years beyond anything I’d ever bought at Walmart.

Honey contains powerful anti-bacterial, anti-viral and anti-inflammatory properties, and strengthens the white blood corpuscles to fight bacterial and viral diseases. Raw honey has also been proven to be just as effective as over the counter cough medicine. (Source)

Onions break up, and help discharge phlem. In fact, some folks even use straight onion juice for their cough. (They’re tougher than me!)

Cinnamon contains anti-inflammatory, anti-bacterial, anti-viral, and anti-fungal properties. Not only that, but it helps coat the throat, warding off that itchy I-have-to-cough-now feeling.

Onions, you say? Why yes, but here’s a secret: you’ll never know they’re there! I couldn’t taste them above the honey, coconut oil, and cinnamon, and my kids don’t object wither.

One hot tip though: if you’re kids don’t like onions, don’t tell them what’s in the syrup, and they’ll probably never know. 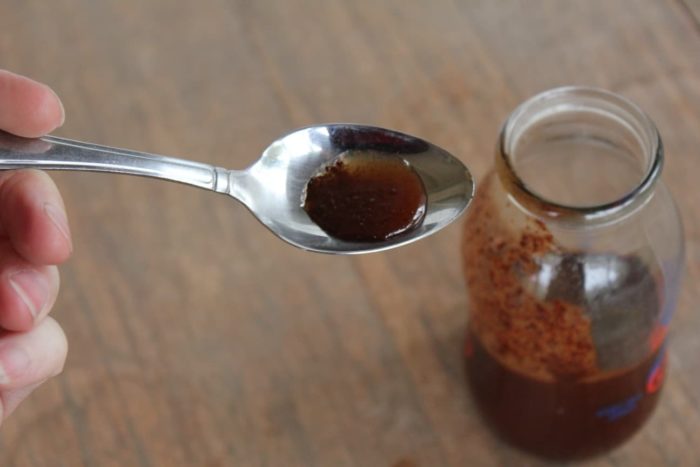 Dosage: 1 tsp. to 1 Tablespoon every 15 minutes, or as needed. Obviously, there’s no worry about over-dosage here – it’s just food!

Please note however, that due to the risk of botulism, products containing honey should never be given to infants under the age of one year.