Have you ever considered making your own soap? If your the homemade, do-it-yourselfer, or “crafty” in the least, you probably have.

But did you know that making your own soap can save you money. Who can say no to a product that’s not only cheaper, but better for your skin?! 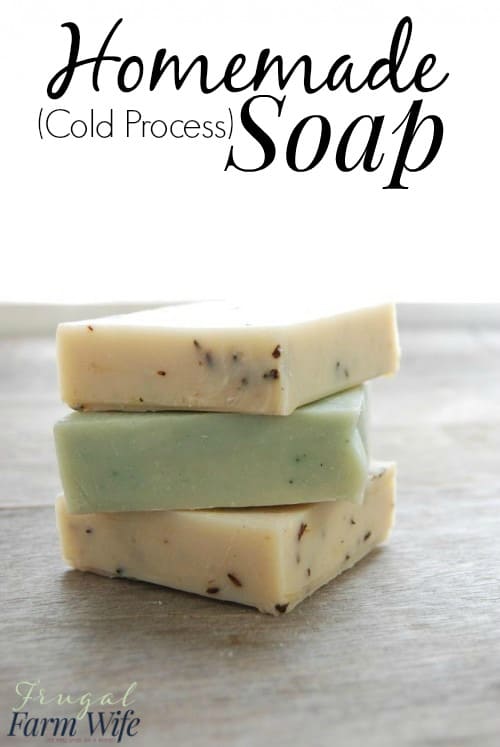 I shied away from soap making for a long time because there have always been small children in my life. As much as I wanted to try my hand at soap making, I was concerned that I wouldn’t be able to hide the lye

well enough to keep some child who didn’t know any better out of it.

It wasn’t until after Gabriel and I got married that I decided to give soap making a go. No kids = no worries about the lye.

I also only make soap when Garrett is out with his dad. But really, soap making isn’t that scary. We’ve only ever had one truly failed batch, and it failed because I put too many additives in it. (Note to self: if the recipe calls for 3 oz. of pumpkin puree, don’t try to put more than that ).

Lye costs about $.25/oz. The oils vary depending on what kind you use, and of course the liquid can be virtually free if you use water. I use goat milk the cost of which seems to average at $.75/cup. Essential oils

of course drive the cost up if you use them, but for me, the beneficial properties are totally worth it.

Here’s the basic recipe that I’ve always used. It’s a little different from most cold process soap recipes in that it doesn’t call for any of the ingredients to be a certain temperature when they’re mixed. Only that the milk (if you’re using milk) should be very cold. But it’s always worked for me, and it’s very flexible.

Techinically, the lye to oil ratio should be slightly different depending on the specific oils you’re using, but I didn’t know this when I first started making soap, and even if I had, my little kitchen scale wasn’t sensitive enough to account for it. So what I’m saying is, soap recipes are surprisingly upnpicky. 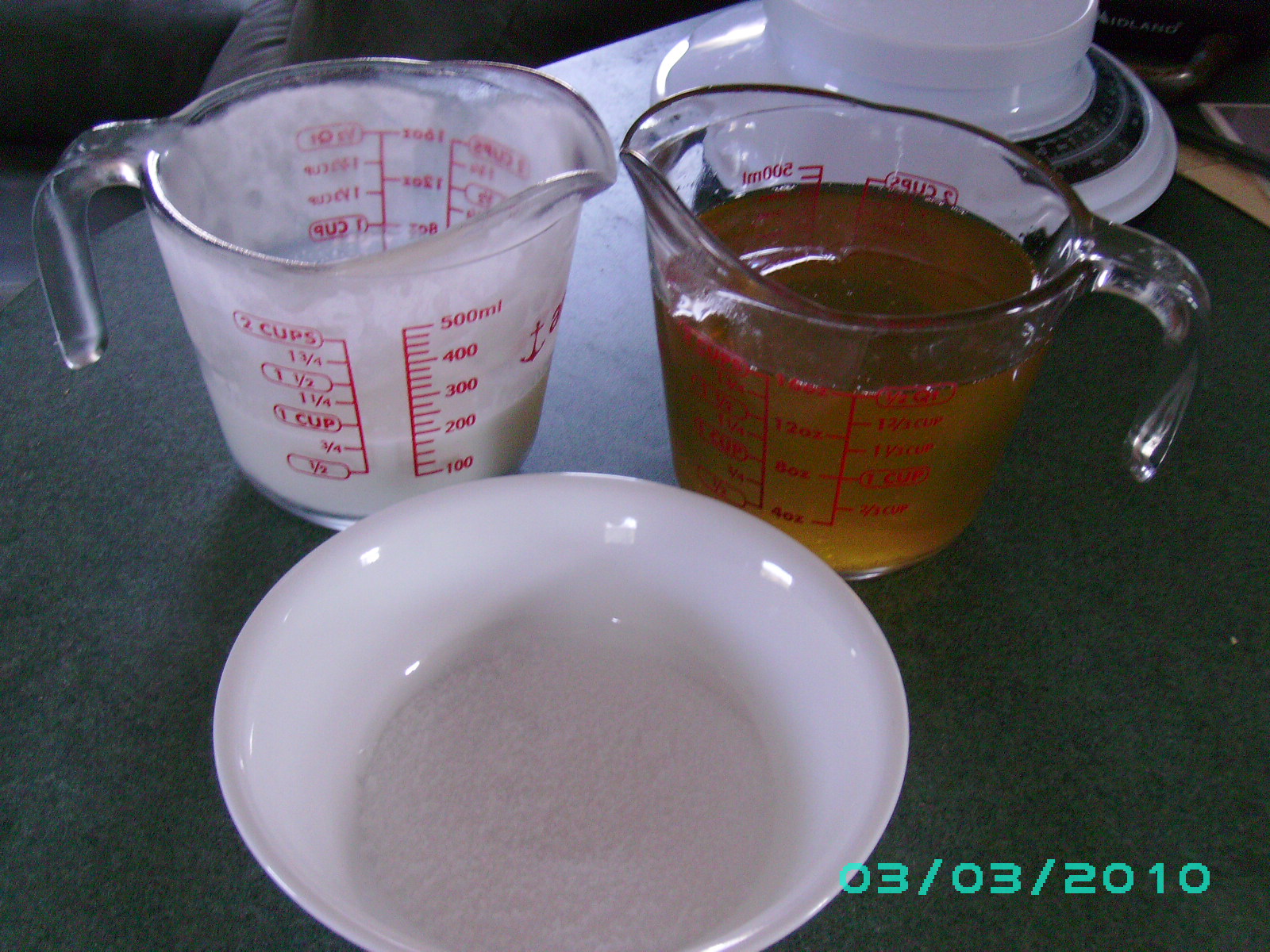 Here’s my collection of ingredients

In a non-reactive bowl, mix the liquid and lye. When the lye is dissolved, pour in the melted (but not hot) oil and continue mixing. It’s very helpful if you use a stick blender

to mix the soap. Otherwise you end up stirring for 30-40 minutes as opposed to the five-ish minutes it takes with the stick blender. 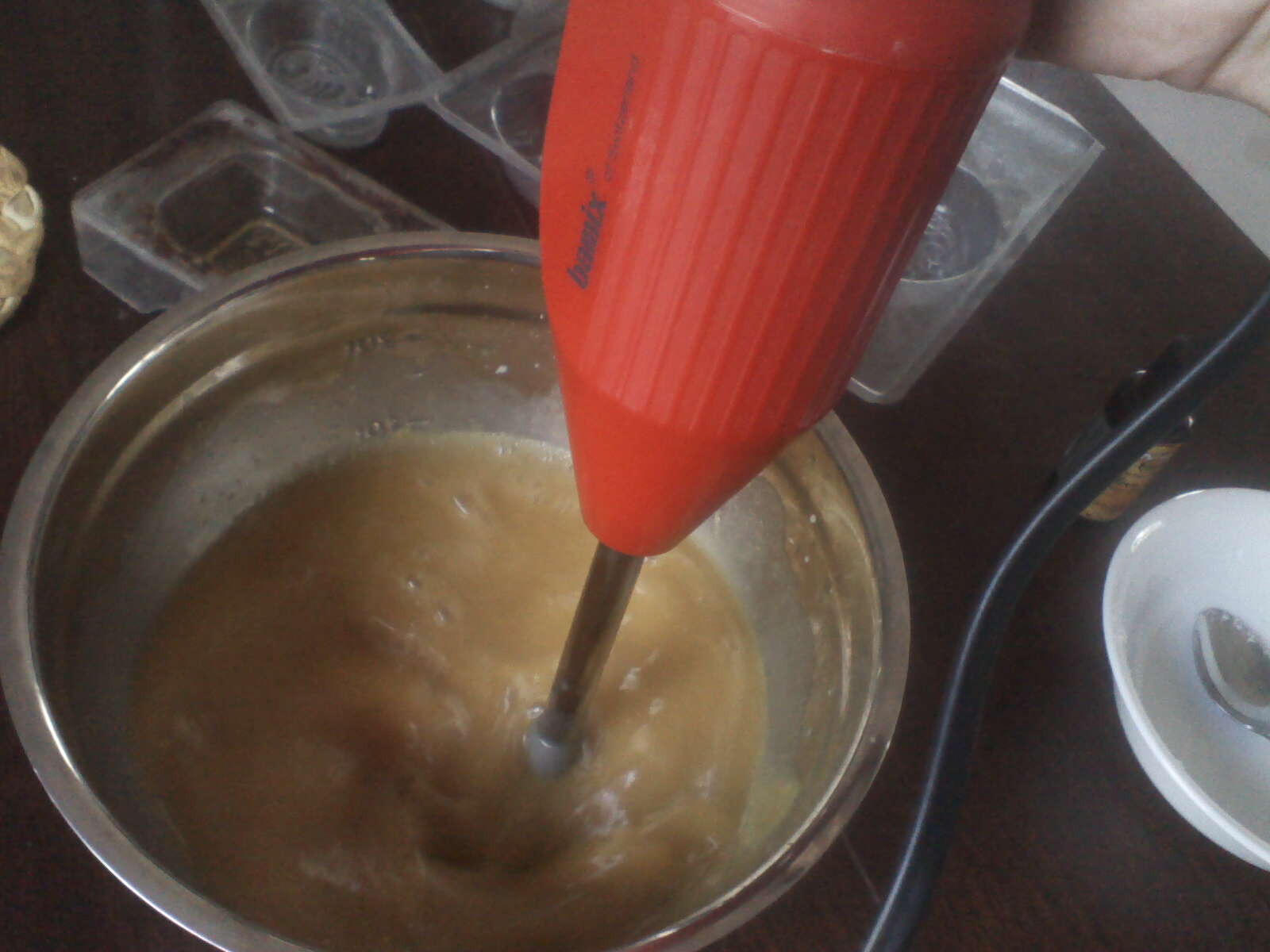 Continue blending until the soap reaches the “trace” stage. Basically, that means your soap mixture will get fairly thick like pudding. If you’re unsure what that should look like, see this article: How To Tell When Your Soap Is At A Trace.

At this point you can add whatever you want to add to it. Essential oils, herbs, whatever. After you add essential oils, get the soap in the mold(s) as quickly as you can as some oils cause the soap to set up really quickly. 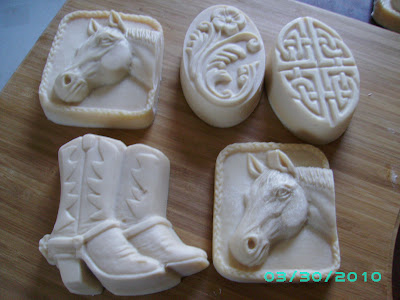 One of my first batches of soap using molds I borrowed from my sister-in-law.
These days, I mostly just use a box of some sort, and cut the soap
After it sets up.

After you mold the soap, cover it, and set aside for three weeks. After a day or two, you can take the soap out of the molds, but it does need to cure for three weeks before using it. 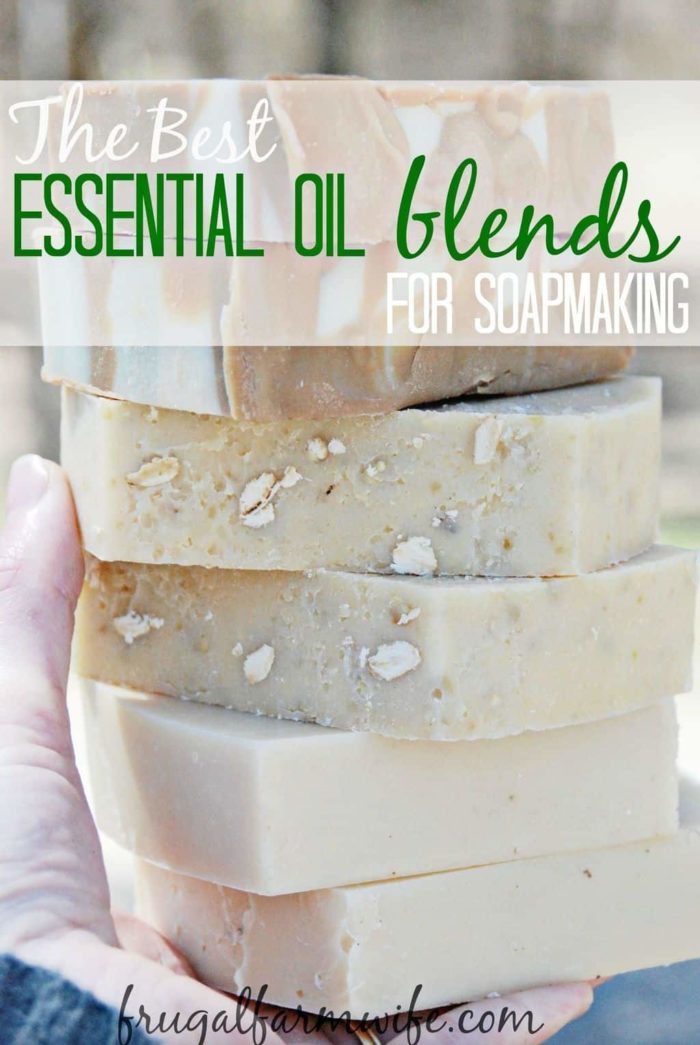 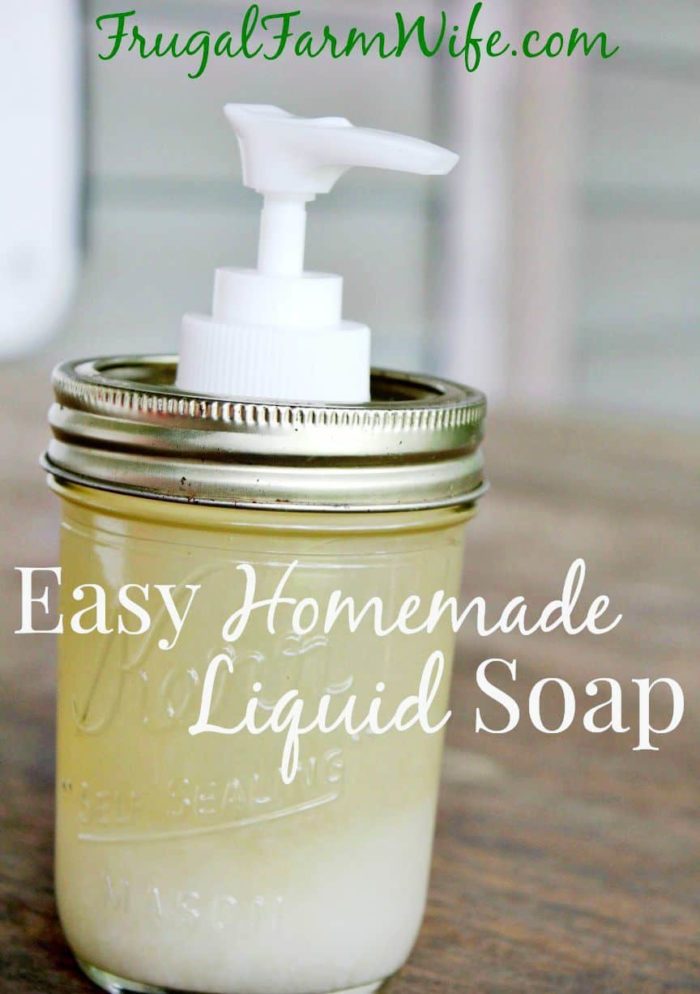 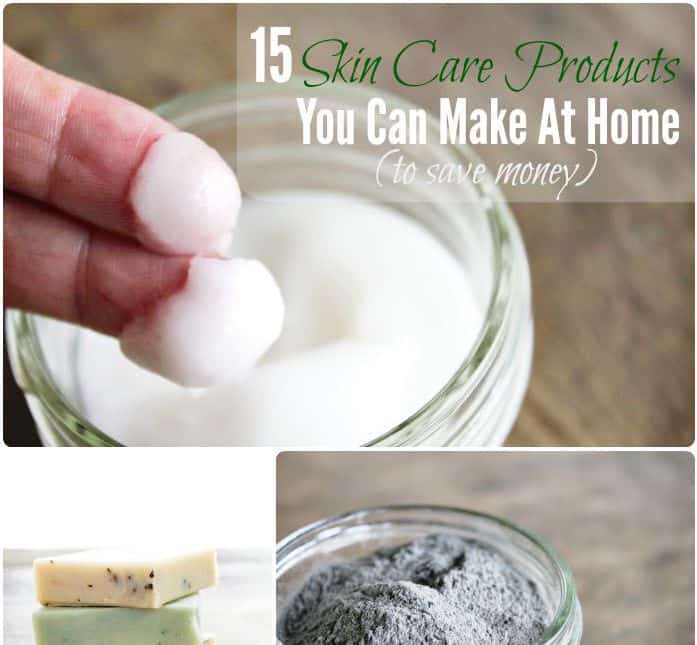