You are here: Home / Save Money / Groceries / How To Get Free Produce – For Real!

Okay guys, are you ready for one of my extreme, whacky frugal ideas? Well, if you want to know how to get free produce, listen up! 🙂

This is something Gabriel and I started doing at the suggestion of his aunt, who did it before she moved out of town. 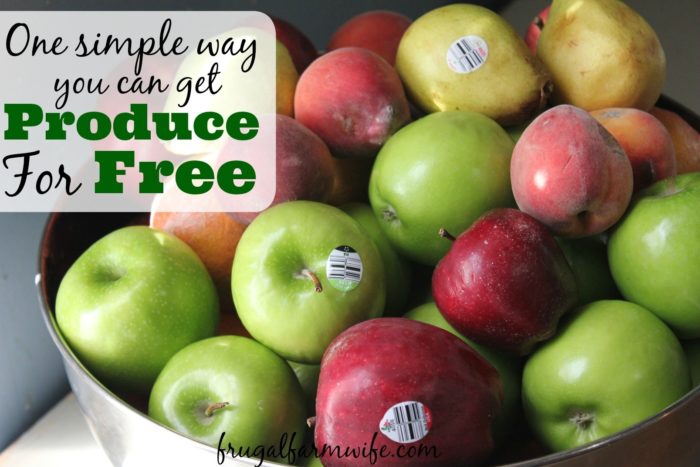 I’ve quelled my excitement, and waited to tell you all so I could see how it was going to go on a consistent basis.

But oh my gosh you guys! We’re getting so much of our produce for free now that I just can’t hold it in anymore! This completely blows $20 a week out of the water.

So what in the world am I talking about?

Ask you’re local grocery if you can pick up their expired produce when they throw it out.

It’s that easy. You know that statistic that we quote every Wednesday about 50% of the food in the US and Canada going to waste? Well, it’s true. There is so much wasted food! And the tragedy is that so much of it is perfectly good food! 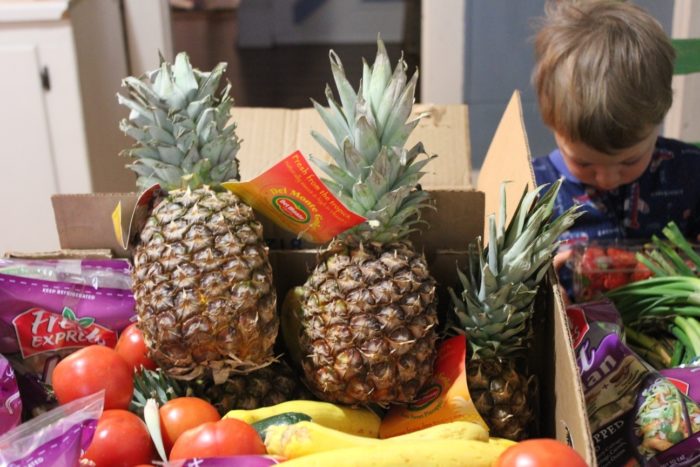 The funny part is, this whole thing started as a way to get scraps for our pigs. Gabriel went down and asked the produce manager if he could take their scraps off of their hands to feed to the little oinkers.

The first day was about 1/3 box of ripe bananas. Gabriel and I like our bananas good and ripe, so instead of sending them straight to the pigs, we took about half of them and froze them for smoothies. Since then, we bring whatever he picks up every morning into the house to sort out before sending it to the pigs.

The next day there wasn’t much, but the day after that, We ended up with a bowl full of beautiful apples, bell peppers, a few pears, peaches, lemons, limes, tomatoes, and even a head of lettuce. 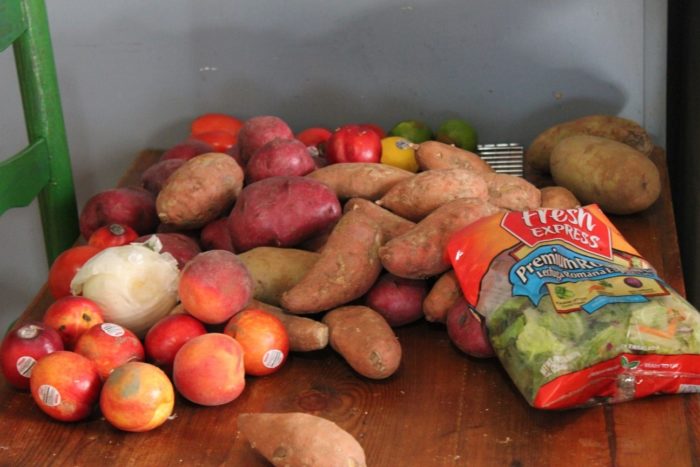 Today there were red potatoes, sweet potatoes, more peppers, a few bags of salad mix, onions, and I don’t even remember what else. I’m starting to tailor our menu plan to what we pick up, rather than making a plan and then shopping for it.

The quantity of apples has gotten to the point that I’ve broken out the food dehydrator to make snacks for the future.

The biggest catch is that you pretty much have to commit to picking up the cast off produce every morning, because if you don’t pick it up, the employee has to go back out and throw it into the dumpster. If that happens a few times, they’ll start putting it directly into the dumpster to save themselves steps.

The other catch is that they don’t really want to give it to you for human consumption. I’m not sure if it’s an issue of not wanting to get in trouble if you eat something bad that makes you sick, or if it’s a business issue of wanting you to buy it from them. In any case, you need a better reason than just to eat it when you’re asking the store manager if they’ll set it out for you.

For those of you who don’t have pigs or chickens to feed the true waste to, you can still do this! It’s a great way to get a good compost pile started!

I’m really glad that Gabriel had the nerve to ask the manager if he could start picking up their scraps because to be honest, I’m not sure I would have.

Would you do it?