This easy clam chowder recipe is perfect for winter and spring dinner, and guess what? It’s gluten-free! 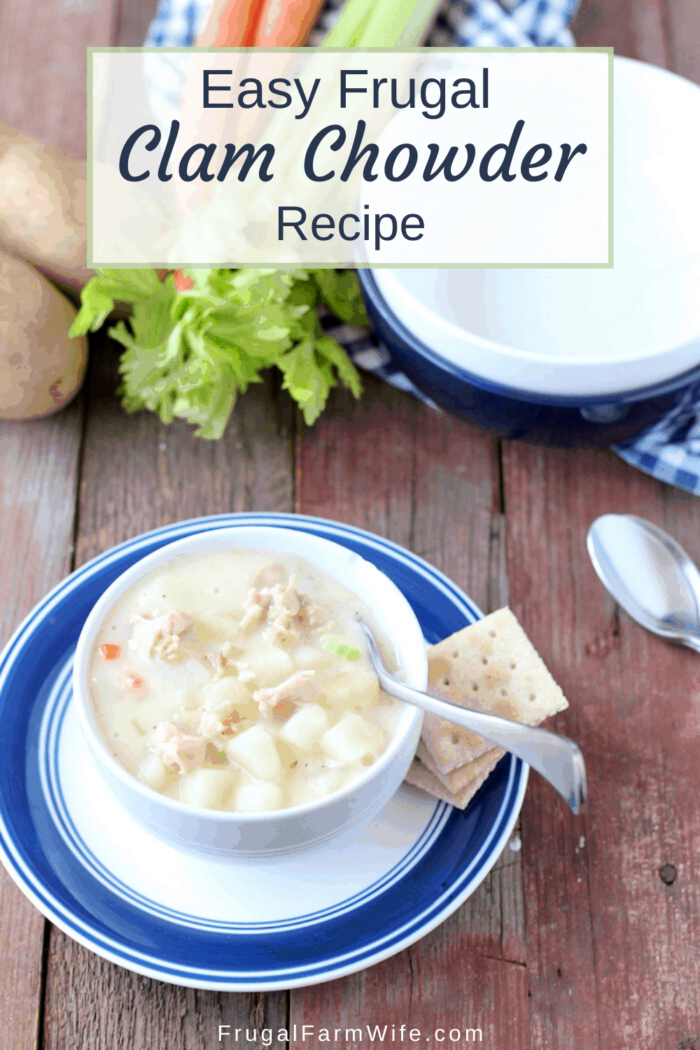 I love winter soups and stews. They’re so warm and satisfying.

Cold weather has nothing on a good soup.

One of my favorites growing up was one that my mom made often – potato soup.

It was simple, and super cheap. I didn’t understand much about nutrition back then, and never gave a thought to the lack of protein involved in a bowl of piping hot thickened potato and celery milk – with crackers on top, of course!

I guess it’s the Irish in me, but if it has potatoes in it, I love it, and this soup was loaded. Honestly, the potatoes are 3/4 of the reason I love yummy chicken stew so much.

I tried that soup on Gabe when we first got married and his reaction was… less than I’d hoped for. He’s a much bigger fan of easy turkey chili.

Eventually I discovered that mom’s potato soup was essentially clam chowder… with out the clams. 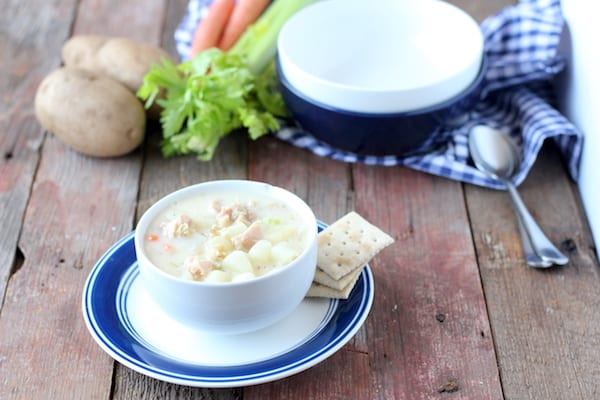 Oh, the clams. They add so much flavor! Not that you couldn’t make this soup sans clams for a really, truly frugal meal, adding chicken broth in the clam broth’s place.

Transforming potato soup into clam chowder made a world of difference in serving it to my husband, and balanced out the high-carb nature of a soup made from potatoes.

Not to say its macronutrient ratios are perfect, but it’s a delicious indulgence.

To give you a cost breakdown, here’s what the amount I make for my little family of four looks like (and we have leftovers):

Should we address the fact that clams aren’t actually a frugal protein?

If you’re on the quest for a super-duper frugal recipe, I suggest making this simply potato soup, subbing chicken broth for the clam broth, and serving a cheaper protein on the side (unless you’re of the persuasions hat the milk in this soup adds enough protein on its own).

But the fact is, as clam chowder goes, this is as frugal as it gets.

My kids love it when I serve this easy clam chowder recipe with homemade gluten-free biscuits.