What dessert do you think of when you think of the Amish? This shoofly pie recipe should be right at the top of you list! It’s a traditional Amish recipe that takes just a few simple ingredients, with a bold, molasses flavor. 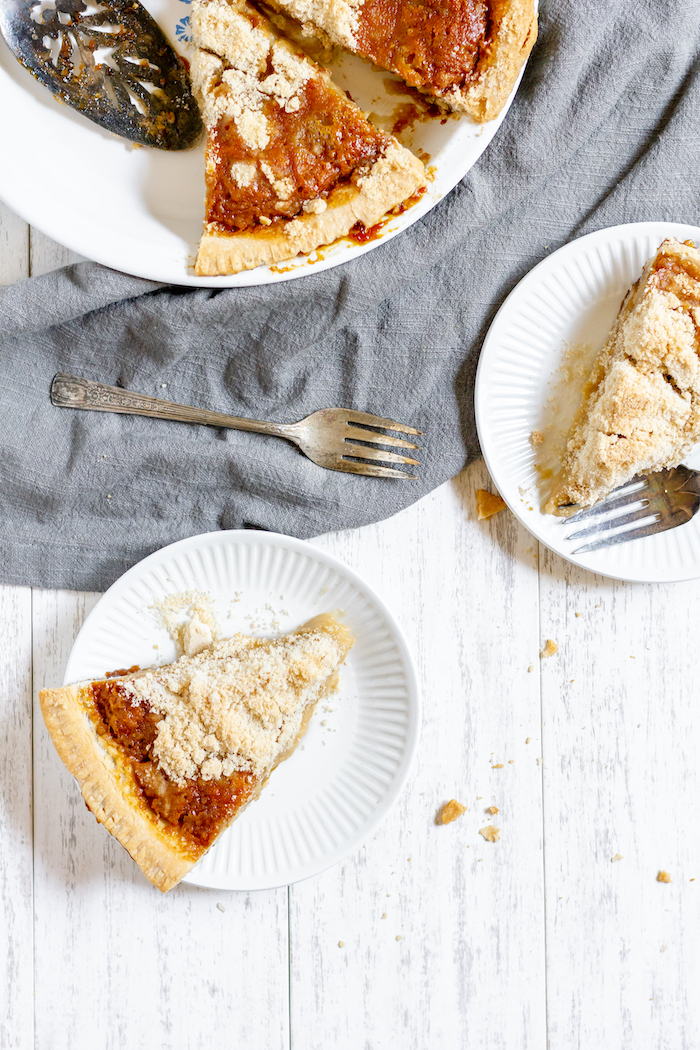 When I think of making something from nothing, invariably, I start thinking about shoofly pie, because the main ingredient? It’s water. This is the kind of dessert you make when you don’t have any money to spend on groceries. This was especially true for us, living in a small amish community, where we grew our own (sorghum) molasses. That was one of the few ingredients we had in abundance that most people might not keep in their pantry.

But don’t think that just because it’s a frugal recipe doesn’t mean it’s not tasty! If it was, do you really think shoofly pie recipes would be handed down from generation to generation all these years?

Legend has it that shoofly pie originated as a molasses crumb cake – no crust in other words. It’s also related to the treacle tart. 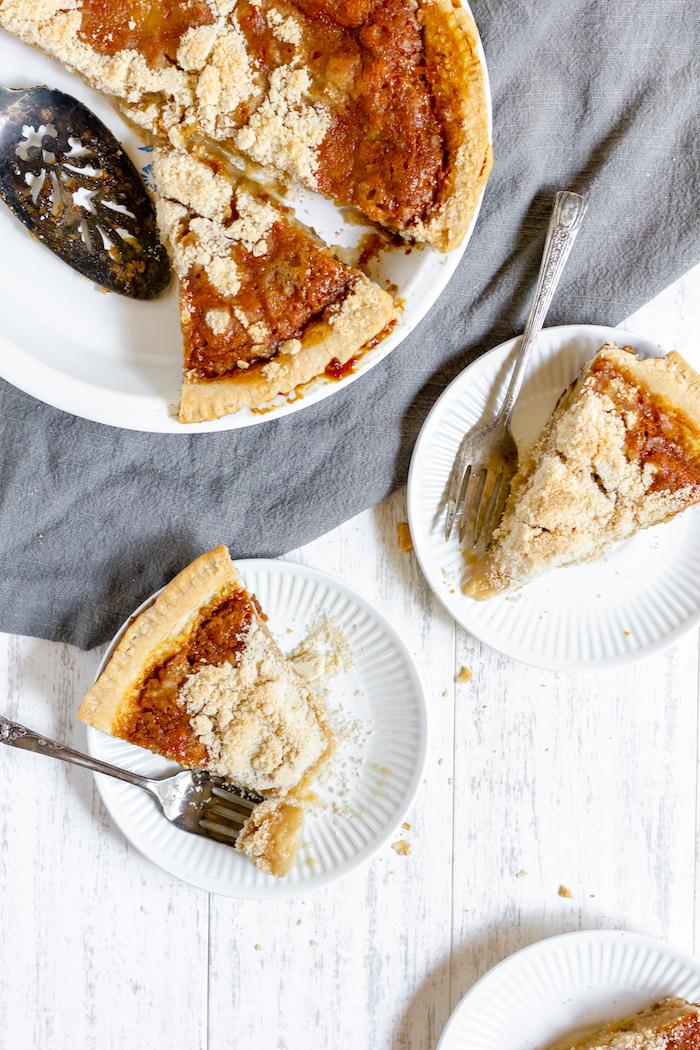 Traditionally, it’s not served as a dessert pie so much, but as a breakfast food with coffee. This tracks with my experience – as I mentioned in my sweet potato pie recipe,  any dessert can be breakfast as long as it’s sweetened with molasses. 😅

That’s not something I adhere to personally, but it’s definitely the way I was raised.

Now, even though I was raised in middle Tennessee, where our big social event of the year was coming together as a community in September and October to harvest our sorghum cane and make molasses together, today I live in an area where finding molasses in a store is a little more tricky. In fact, if I want it, I have to order it (or get it while I’m visiting Tennessee).

So, for those of us with less access to traditional ingredients, I’ve worked up a substitute: Amber agave. 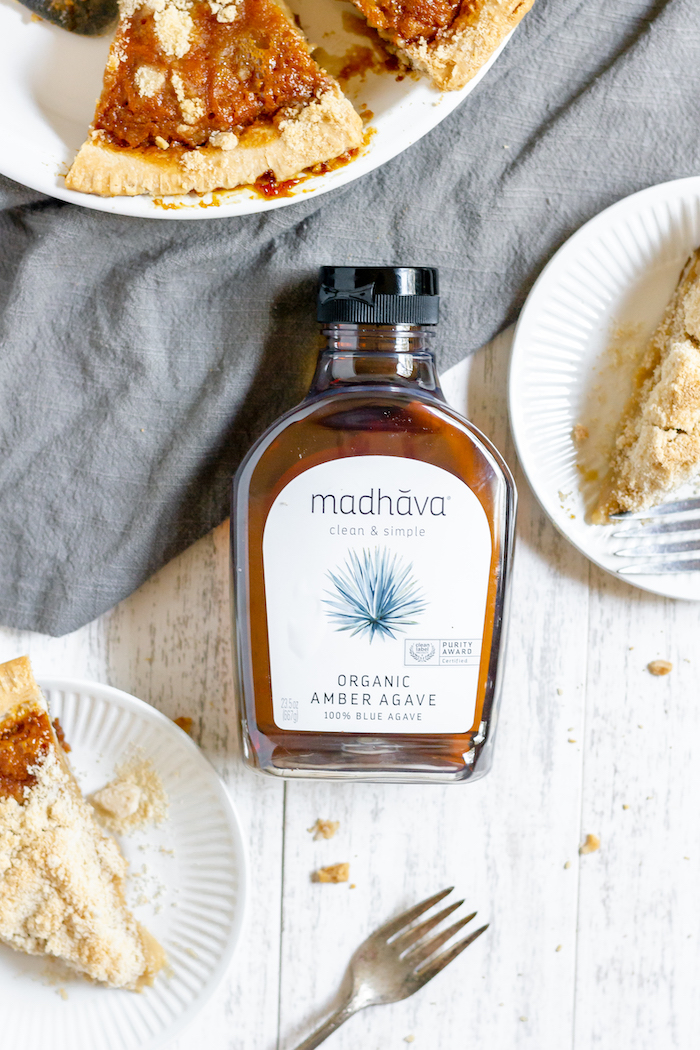 I use amber (darker) agave to try to achieve the same color as a traditional shoofly pie, but as you can see from the pictures, it’s still quite a bit lighter. The flavor is also not quite as bold since agave has a much milder taste.

That said, it does make a mighty good substitute for when you want a shoofly pie, but don’t have any molasses.

A few things you need to know about making shoofly pie: 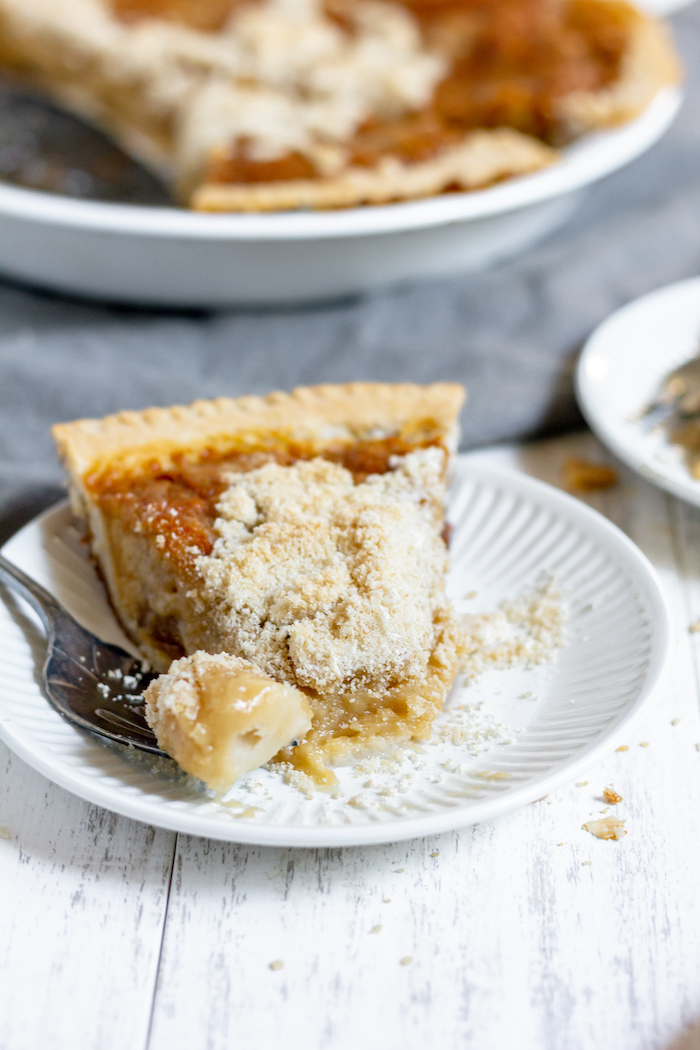