Looking for a delicious fall recipe to satisfy your cravings? This gluten-free apple crisp recipe is exactly the easy recipe you need!

When I was a kid, one of the special desserts mom used to make was apple crisp. She didn’t make it very often, because she felt like the work of peeling apples versus the reward of having a serving of apple crisp wasn’t worth it. 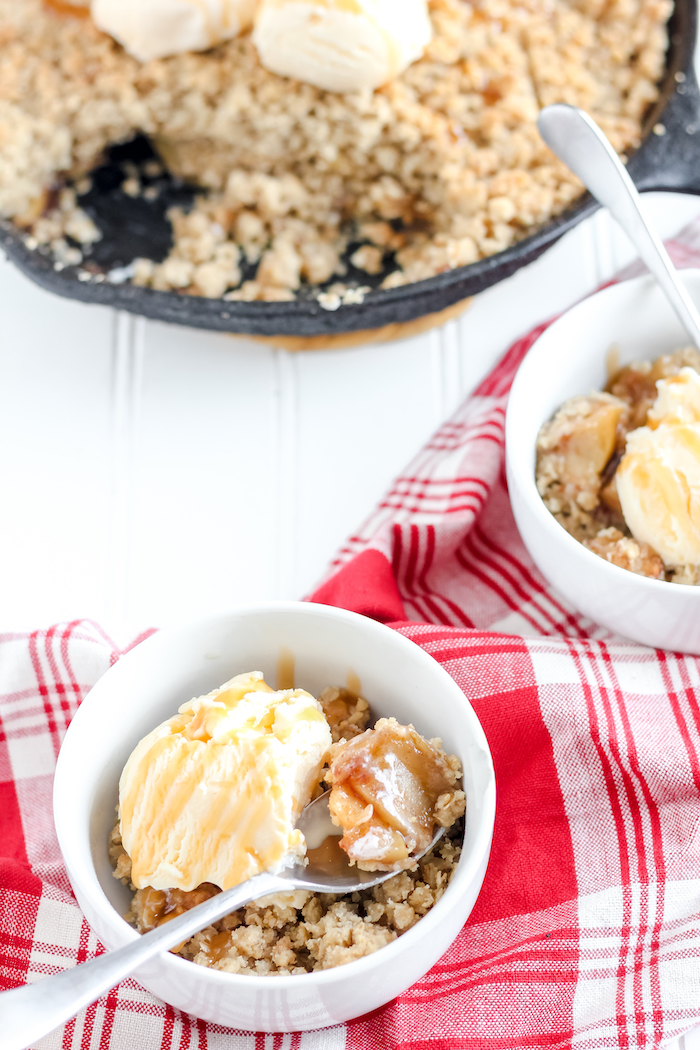 But when she did make it, boy were we happy. Especially my older brother. I remember him always being so excited when she made it.

And here’s something I’ve learned now that I’ve taken over apple crisp making duty for my family: you don’t actually have to peel the apples.

As long as they’re chopped into reasonably sized pieces, I honestly never notice the peeling. Just core and chop – no peeling necessary. That brings the work versus reward back in balance.

Like I said, this gluten-free apple crisp recipe is a family favorite – and a hit with everyone we serve it to! But the topping isn’t just good for apples. We use it to make gluten-free blueberry crisp, peach crisp, cherry crumble, and more – whatever fruit sounds good, you can sub for the apples, and maybe change up the spices a bit to fit your fruit (such as adding cloves to peaches). 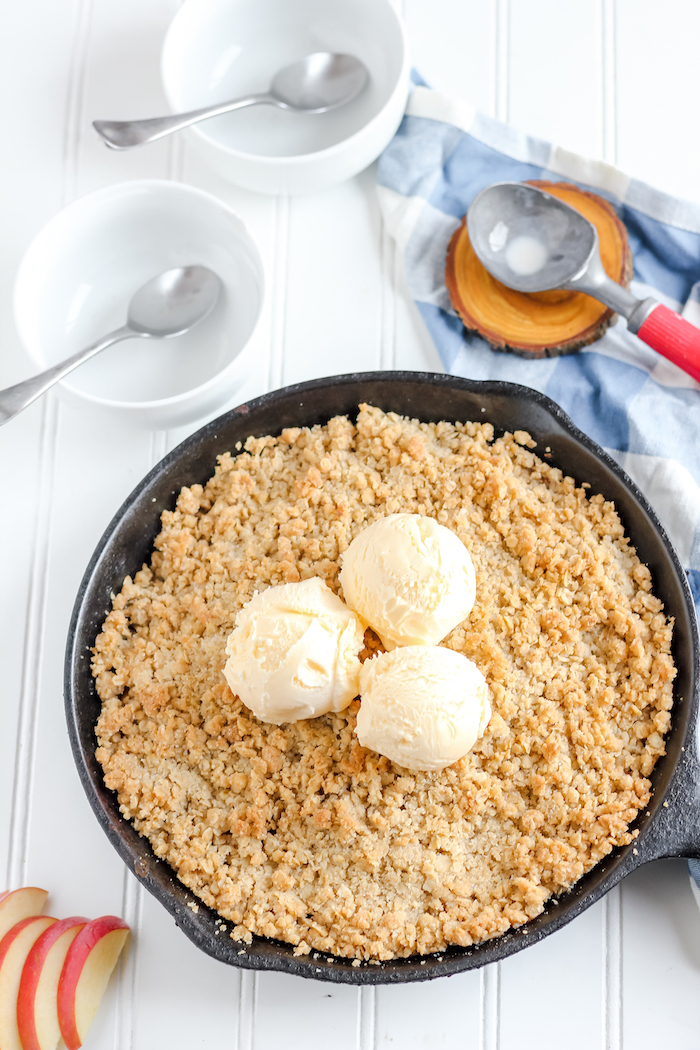 Here are a few tips you need to know for making an amazing apple crisp for the gluten-free peeps: