Are you looking for a fancy fall breakfast? This pumpkin spice french toast recipe will knock your socks off! It sure did mine. ???? 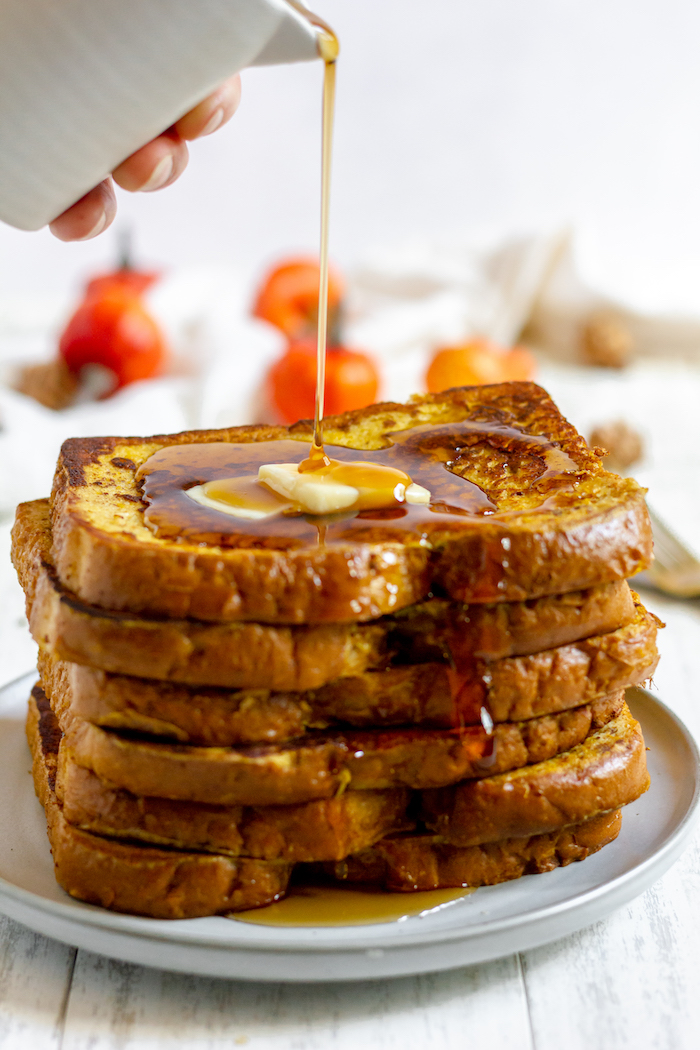 Both my kids and I became addicted the first time we tried it, but honestly, I think after the second or third time making some tweaks, it’s even better.

And YES, it does contain real pumpkin. I know a *certain* coffee brand is famous for not actually having pumpkin in their pumpkin drinks, but we do not do that here. When we make food from scratch, we make the real thing, right?

Honestly, we haven’t been making that many pumpkin recipes this fall (yet), with the notable exception of this pumpkin spice French toast recipe. I think it’s just because we didn’t grow pumpkins this year, so its not in our faces as much as it was last year. 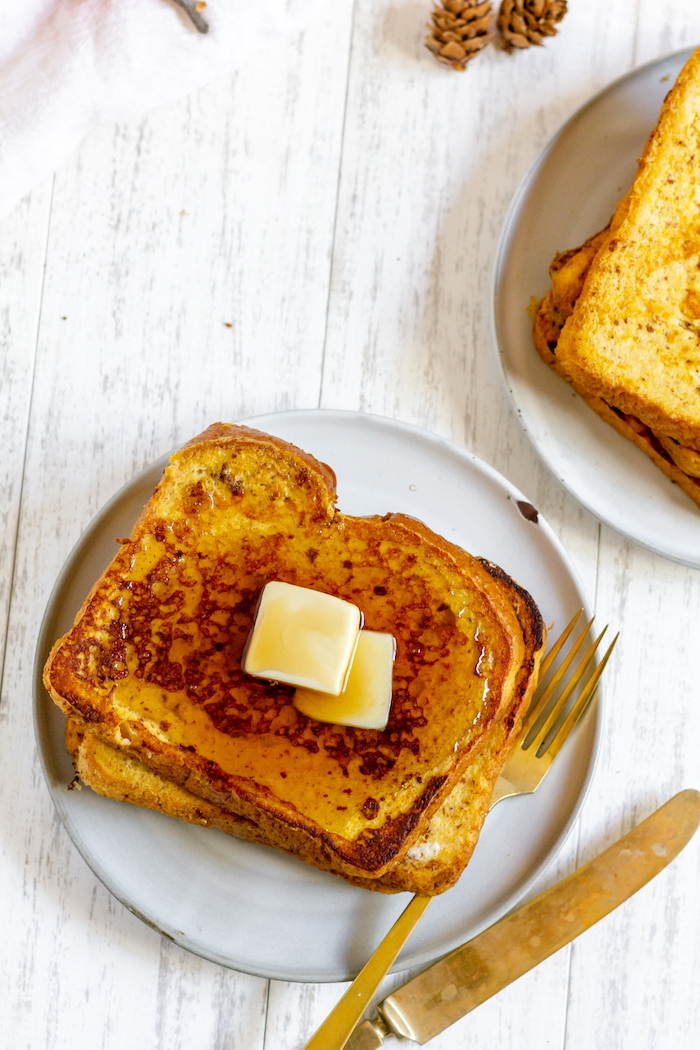 Now last year, we had pumpkin coming out our ears, and made and froze so much pumpkin purée, we still have a bunch this year and probably won’t need to buy any at all. We did use up all our homemade frozen pumpkin pie filling though.

I think it’s important to say that we still love pumpkin spice, it’s just that apples and and sweet potatoes have been a lot more prevalent. That’s why you’ve been seeing caramel apple cinnamon rolls, instead of gluten-free chocolate chip pumpkin bread, and sweet potato pie instead of sugar-free pumpkin pie.

Anyway, like I said, we have been making pumpkin french toast. The first time I tried it was like – whoah. Now granted, I had just run ten miles that morning, and you know hunger is the best sauce, but I’ve made it several times since, and it never ceases to wow my taste buds. Possibly even more than paleo pumpkin waffles. There’s just something about French toast that’s epically satisfying.

It’s got the cinnamon/nutmeg/pumpkin flavor, topped with butter and syrup in a fluffy piece of toast. Gosh, I’m drooling just thinking about it. 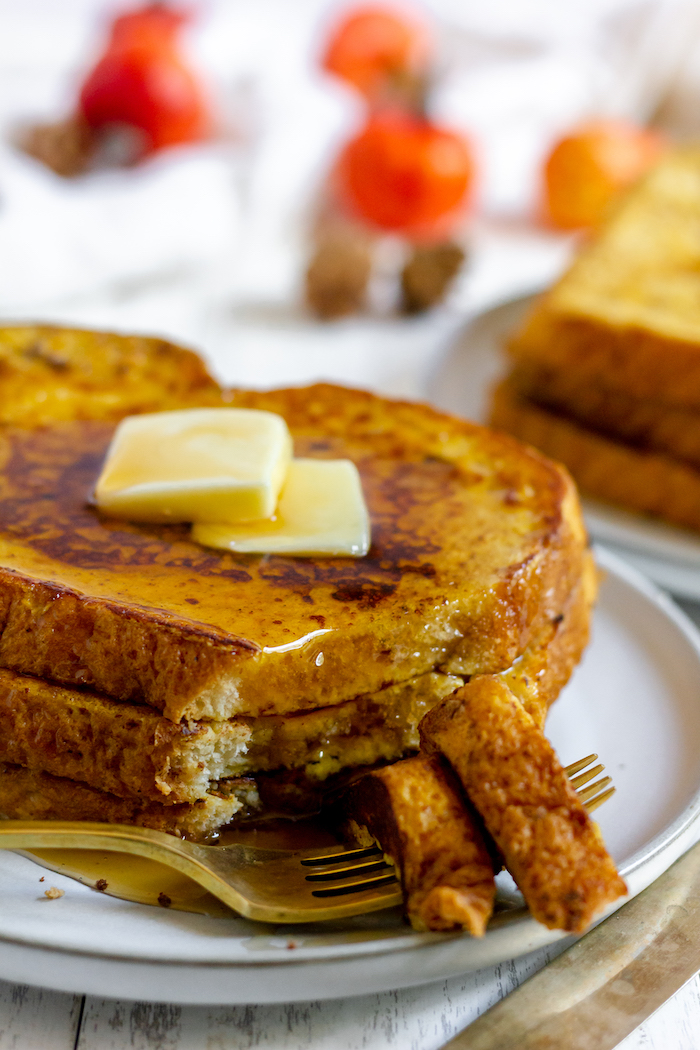 A couple notes about this recipe:

I think that’s it! This is a pretty simple recipe, so let’s get to it. 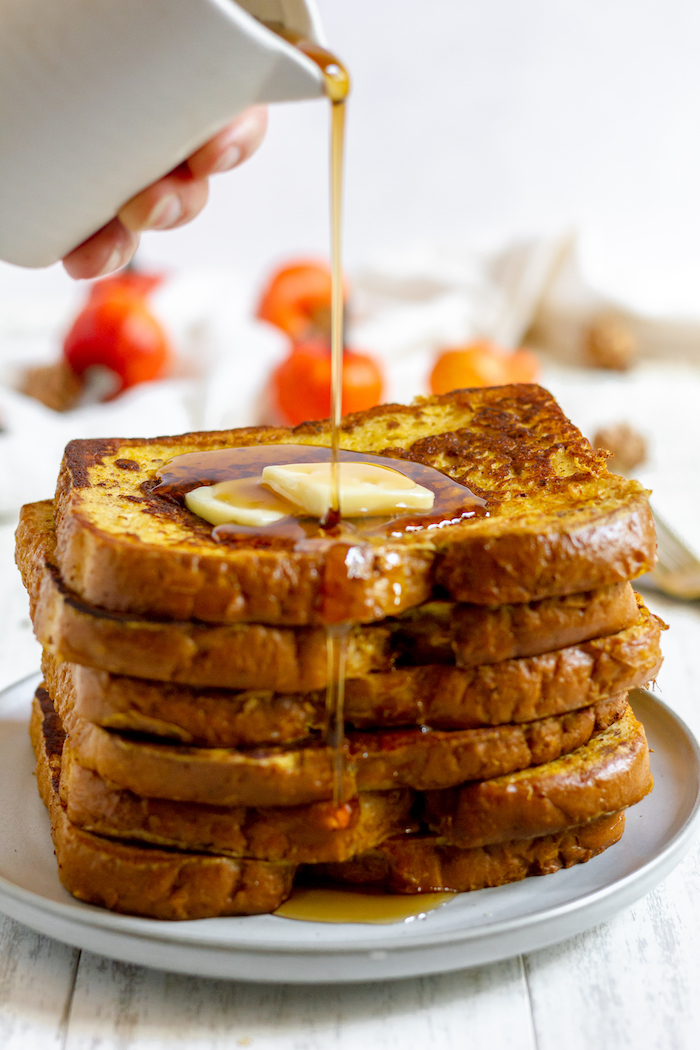