You are here: Home / Farm Life / Animals / Whatever happened To The Farm?

It’s funny how things change, isn’t it? Until recently, everything we did was about the farm, growing the farm business, and growing our own food.

But now we’re living in town, and I’m not sure the term “Farm Wife” really applies anymore.

We’re still farming – on a very small scale – but the bulk of our animals and garden is about eight miles away at (you guessed it,) the farm.

These days, I spend a lot more time than I ever though possible with blogging. I love blogging, so it’s all good. 🙂 And is it just me, or are kids time consuming too? Haha! I crack myself up.  Gabriel is working on a product-based business launch, so he’s here at his shop in our house in town a lot too. 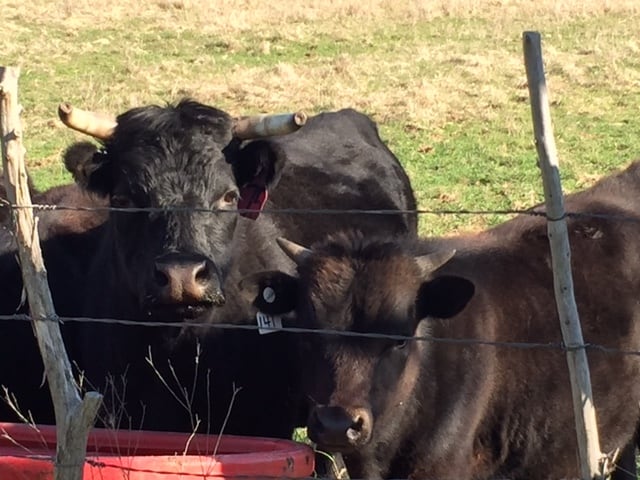 So… the farm. We’ve sold most of our cows, and have aquired quite a few pigs. Gabriel has been interested in raising American Guinea hogs and KuneKune pigs for a long time, and finally found some satisfactory stock in the area – and by “the area”, I mean North Texas. 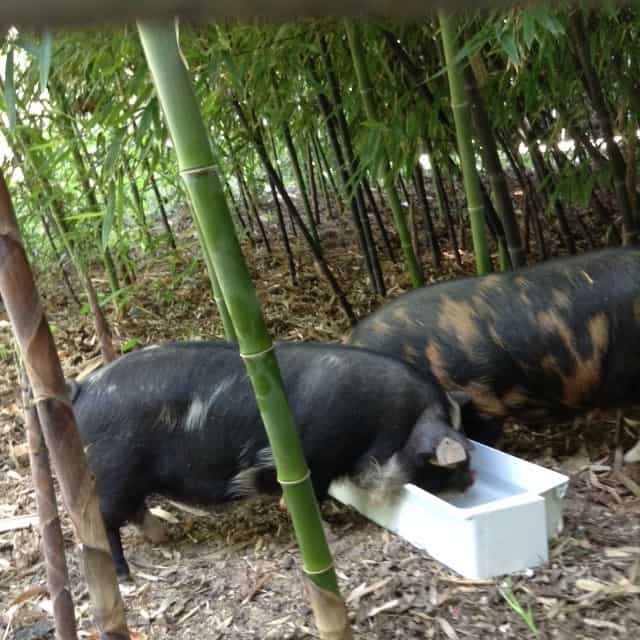 They’re cute, that’s for sure. We love our pigs! I’m pretty sure they’re just as smart, and certainly have just as much personality as dogs, but they taste much better… I assume anyway. 😉 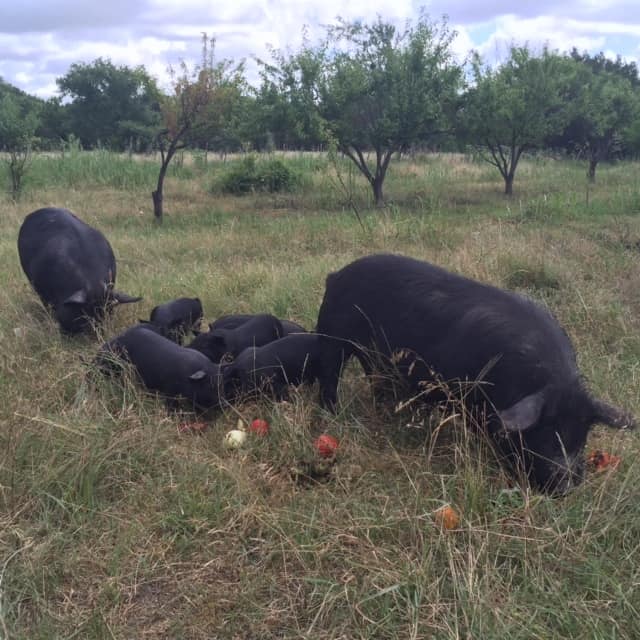 Three of them have had piglet recently, and those are super cute! We had one of the runts up here at the house for quite a while, seeing to it that he didn’t succumb to the usual fate of that plagues runts. He’s moved on to another home now though – my sister-in-law wanted him to eat her garden scraps – pigs are great trash compactors/composters! 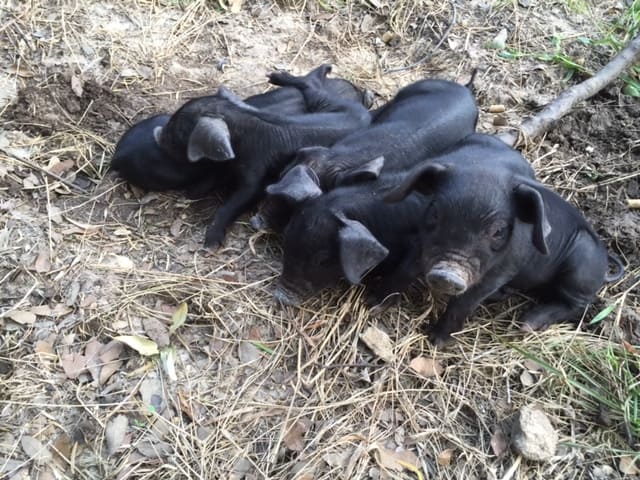 We don’t have chickens ourselves, but my mother-in-law’s flock is laying very well, so we have no shortage of farm-fresh eggs, and I can’t tell you how happy that makes me! We are thinking about getting some egg laying ducks soon in hopes that Gabriel, with his food allergy plagues, may be able to tolerate them. Making pancakes and a few other simple things without eggs isn’t very difficult, but it would be SO nice to go back to making the same food for everybody.

Other than the pigs, we have a small garden, and a small orchard in our backyard here in town. The plums are getting ripe, and you have never tasted anything so good! Out at the farm, my father-in-law has several plum trees of a variety that make great jam, but aren’t so great for eating, so I wasn’t too excited about having plum trees here in town – I’d much rather have peaches – but these are amazing! Large fruits with purple and yellowish skin, and sweet yellow flesh. The best plums I’ve ever had!

We also have a few pear trees that are pretty loaded. Other than canning, I’m not sure what to do them. Ideas? 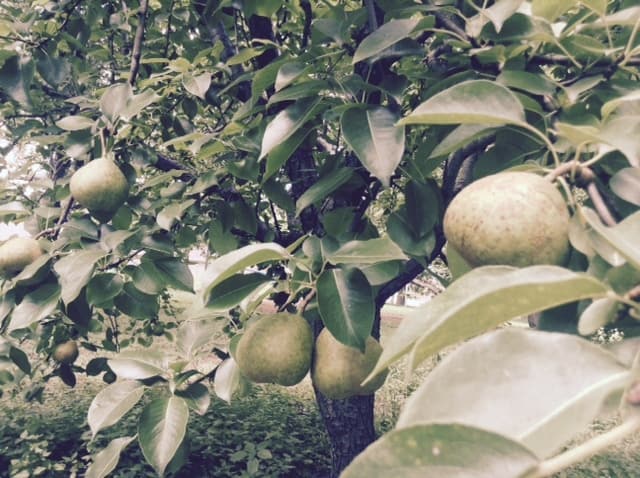 One thing that hasn’t changed is that we’re still living very frugally. I wouldn’t say that we’re dirt poor anymore, since we have a steady income both through my blog, and through Gabriel’s work at the farm. in fact, we’ve added a few luxuries to our budget – notably, a Netflix account, which is something we’ve never had.

Ultimately, I think we both want to end up back on a farm – or at least in the country, but our financial goals have changed from wanting to make a living through raising beef, to wanting to create passive income streams so that we can pursue the things we’re passionate about.

For me, that means that I have goals to acquire rental properties (I’m afraid to even say it for fear it won’t happen), so my frugal living endeavors are very goal based I’m saving up for a down payment.

The things I read, listen to, and watch are also very intentional – I’m attempting to educate myself in business and real estate.

You know, it’s exhilarating to know that you can be both a stay-at-home mom and a business person, so I’ll just end this little ramble by saying; it’s such a blessing to be alive during the internet age!