You are here: Home / Family / This Week’s Gluten-Free Menu Plan with Free Printables

A lot of people are doing no-spend months during January, which looks fun! So I briefly thought about it, and decided that for us, right now, it’s not the best idea.

January is the coldest month of the year here in Texas, the one where we stay indoors more than not, and don’t see as much sunshine. 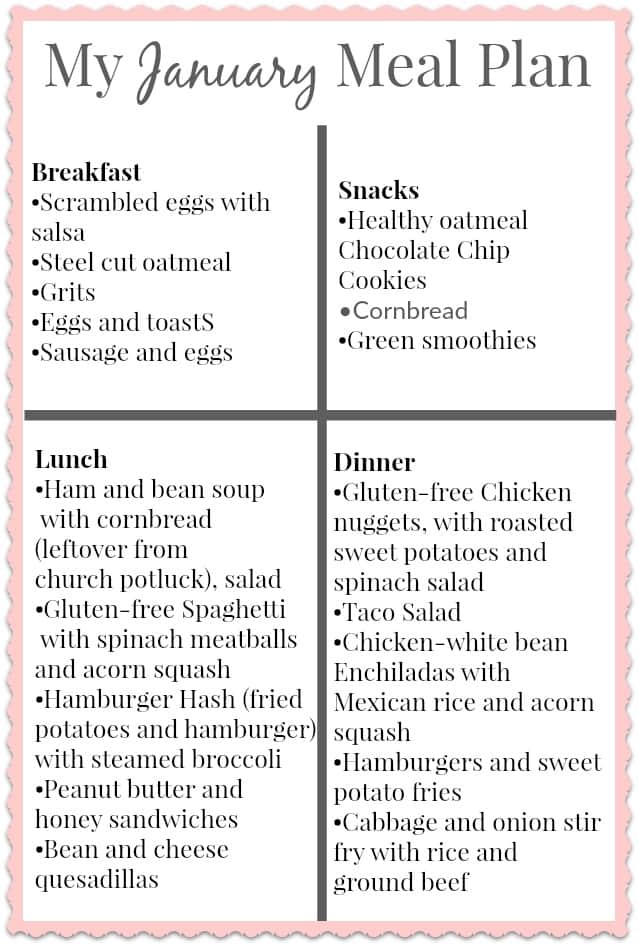 The one where everybody gets sick.

If it were up to them, they’d eat mac ’n cheese and hot dogs every day.

With that said, we are going to be eating as much as possible from our pantry and freezer.

So here’s This week’s loot from Walmart and HEB: 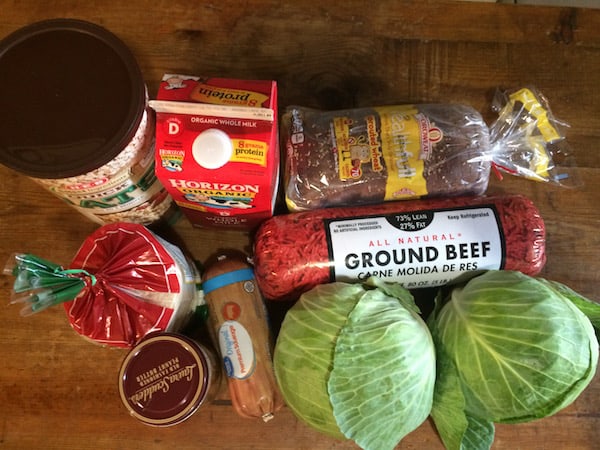 (Not Pictured: a 9 oz bag of spinach, and 2 acorn squashes)

Normally, we don’t buy bread, but I’ve really been wanting to try this sprouted grain bread, and it was on sale. Yippee!

Food prep for next week:

Our meal plan for this week:

I’m trying to wean the kids off of grain-based breakfasts, but it’s turned out to be harder than I thought it would be. Partly because Hadassah only ever wants grits for breakfast, but mostly because it’s so cold in the kitchen in the morning that it’s hard to motivate myself to stay in there long enough to cook something more wholesome!

I cooked waaaay too many beans for the church lunch this week, so I’ve been repurposing them into everything I can – White bean refried beans for quesadillas and burritos, and bean soup. The kids don’t seem to mind, and I think they taste pretty good as well! 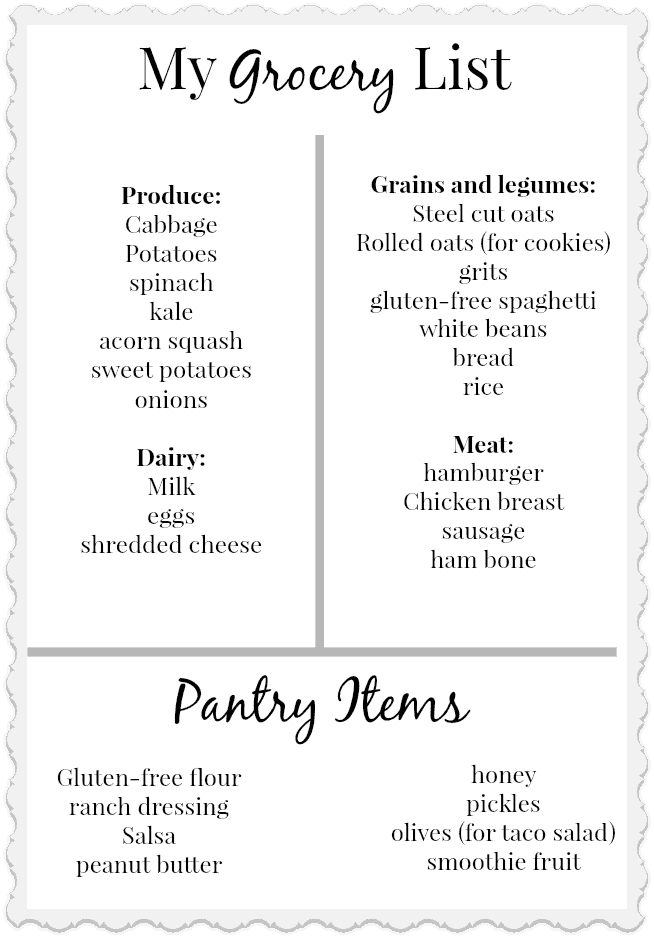 Let’s be honest, I say “taco salad”, the kids immediately go to the pantry and pull out the tortillas. so “our” taco salad usually turns into my taco salad, and their burritos.

I bought some taquierra-style corn tortillas this week, hoping that the small size would help Hadassah be able to eat them with less breakage and frustration. She’s pretty tickled about it!

I don’t like cornbread, but I made a pan to go with the ham and beans for church Sunday, and, you guessed it, I had a bunch left over, so fortunately for me the kids like it pretty well, and will eat it for snacks between meals.

You can see from the menu that most of the ingredients had to come from things we already had in the pantry and freezer – and they did!

I only bought one bag of spinach this week, so we cooked with a lot of frozen spinach and kale – including the kale we used in our smoothies. I like keeping frozen and freeze-dried greens on hand, because it ensures that I never run out of greens.

Here in our tiny town, the one grocery store doesn’t carry any fresh greens other than basic lettuce, so when we run out, we’re out until our next trip to Stephenville. So stocking them in the freezer keeps us from making emergency trips (or withering away from going without ;))

Even though I bought a big roll of hamburger, you’ll notice that we have chicken on the menu twice. This is partly because I can’t get my head around “hamburger and white bean enchiladas” (so we’re doing chicken), and partly because the kids wanted chicken nuggets.

And that’s pretty much it!

Want a printable version of the Meal plan and shopping list?

Fill out the form below to gain access to our entire printable library!