This spiced pear sauce recipe takes the idea of fruit sauce, and gives it a glam makeover with fall spices that balance all the warmth and comfort of fall with the fruity sweetness of pears perfectly. 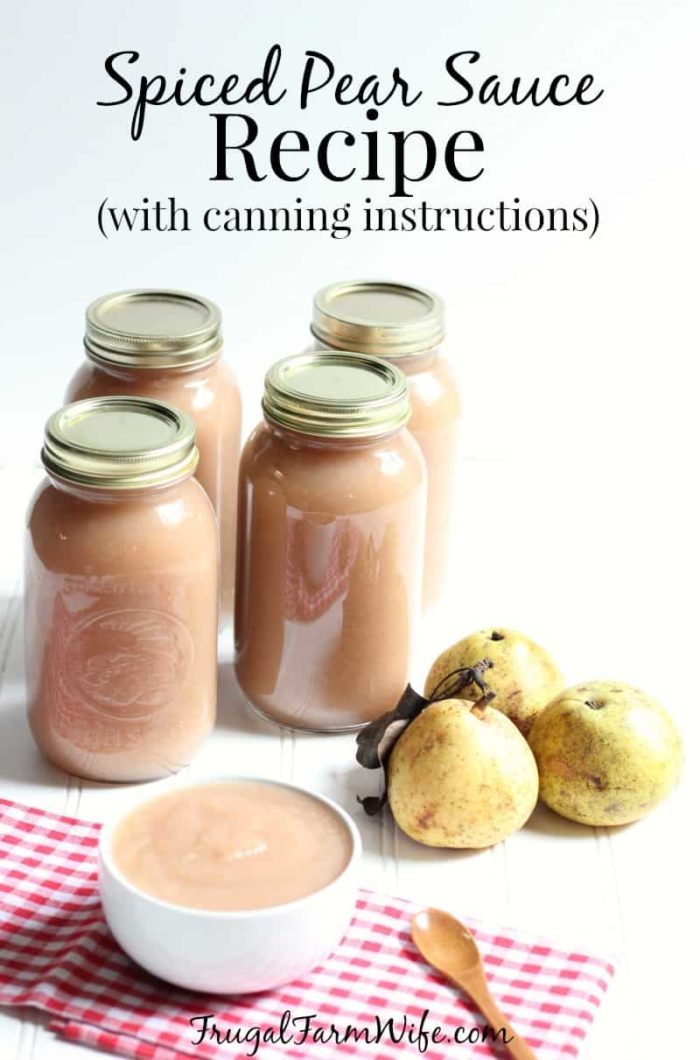 How lame would you think I was if I said I watch tv shows while peeling large amounts of  fruit?

As you may or may not know, when I was eleven, my family moved to an Amish community, where we took up the lifestyle. So I definitely know what it’s like to peel apples, pears, and peaches by the bushel, or snap green beans and shell peas for a few hours at a time without entertainment.

I remember trying to prop a book up so I could read while shelling black eyed peas a few times, but it never worked very well. Most of the time, we just sat on the porch and enjoyed watching squirrels play in the yard while we shelled peas.

Maybe I’ve become impatient in my old age, but that just wasn’t cutting it for me last week when I was peeling pears.

So I propped my phone up on the table in front of me and turned on a tv show that I could half watch, but mostly listen to while I peeled pears. 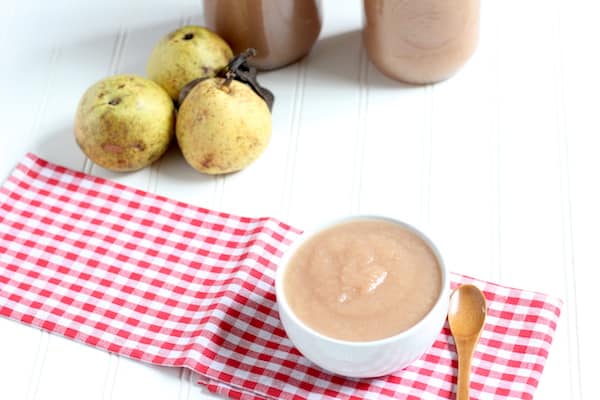 I wish I could say there was a more efficient way to peel this particular variety of pears, but short of pulling out the Victorio Strainer (which is great if you’re making really large batches), your just kind of stuck with doing things the old fashioned way – and by old fashioned, I mean using a knife.

I imagine I’ll drag the the Victorio Stainer out if we manage to get our hands on a few bushels of apples at one time this fall, but for now, my batches of crock pot pear butter, and spiced pear sauce are small enough, as the pears are ripening fairly gradually, that it hasn’t really been worth the set up and clean up that goes with it.

And I also wanted to write out the instructions with minimal equipment, because if you have a Victorio strainer, you know how to use it, but if you don’t, reading instructions meant for someone making large batches, with a fancy tool can be a little daunting.

So how do you make pear sauce without a strainer? It’s pretty straight forward actually.

And since we’re making a spiced pear sauce recipe – which guys, if you haven’t tried, you have no idea what you’re missing out on – you just add a few tablespoons of spices. 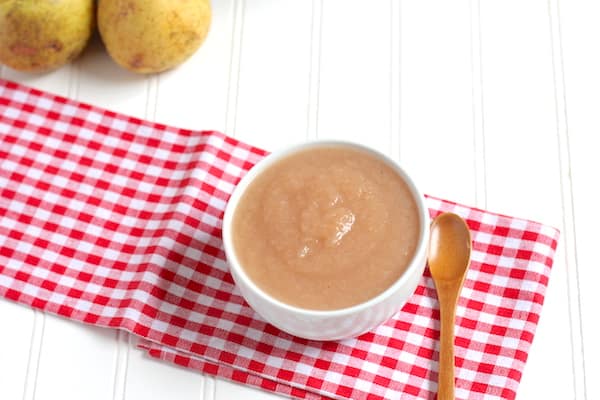 And then prepare to be wowed when that sweet, but subtly tangy, warm, spicy goodness washes over your taste buds.

All you need for this recipe is a few pears, and some fall spices. Then if you’re lucky enough to have enough pears, and make a large enough batch that your kids don’t eat it all in one sitting, you can grab a few jars and put some on your pantry shelves for later.