Who doesn’t love a relatively healthy paleo treat?! These paleo chocolate cupcakes take inspiration from our coconut flour cupcakes, and are so spot on, they’re make even the pickiest dessert connoisseur fall in love! 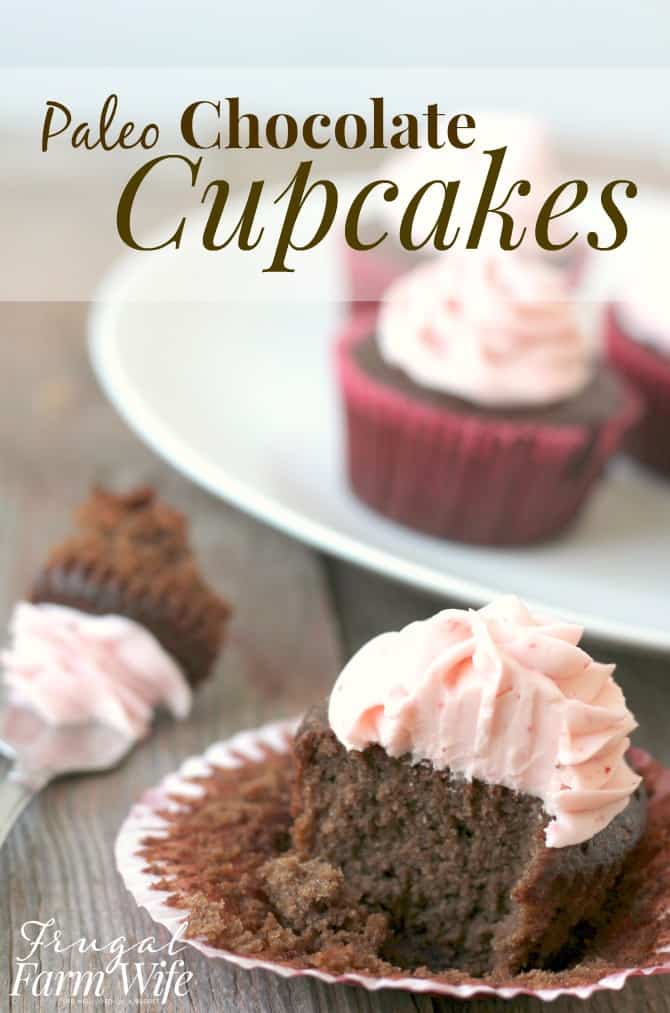 About a month before Hadassah’s birthday, I started reevaluating the way we ate, researching diet, and came to the conclusion that we weren’t eating healthily enough.

We stopped buying sugar, started replacing a lot of our grain-based carbs with sweet potatoes, and started eating a lot more vegetables in general.

So. Here’s comes the birthdays, and I was just as determined as ever to make eat healthy, and in this case, that meant making paleo cupcakes and icing.

I had a great plan, and not to brag, but I really nailed those chocolate cupcakes. Spot on yumminess and technically paleo.

The problem was with the icing. To be honest, I’ve never made a good paleo icing, but this time it was going to be different.

I had refrigerated my can of full fat coconut milk, and I had coconut cream in a half pint jar sitting in the refrigerator just waiting for me to pull it out to warm up to a soft enough consistency to work with. 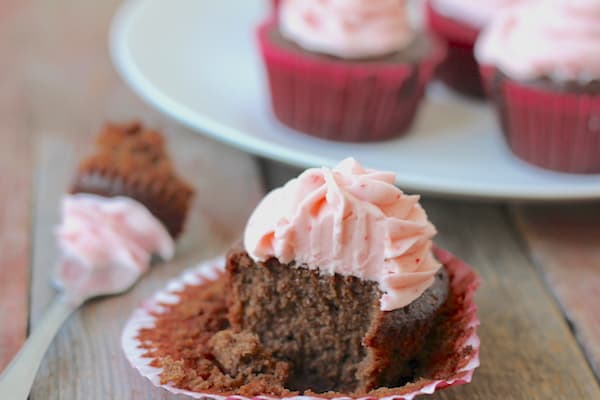 Which I did… or so I thought.

The problem was that I had two identical half pint jars in the refrigerator, one of which I had forgotten about, and that’s the one I got out of the fridge on that birthday morning.

So there I was, whipping my coconut milk, and I started to pour the coconut cream in.

I thought the consistency was weird, and I was really surprised when my icing started to froth. Oh my goodness, it’s working! The icing is whipping up like cream!

And then I tasted it. Just the tip of my finger dipped into the icing, but I tasted a spice, like someone had added thieves oil to my coconut cream.

And then a zap at the back of my throat, and that’s when I knew I hadn’t added coconut cream to this beautiful batch of icing. 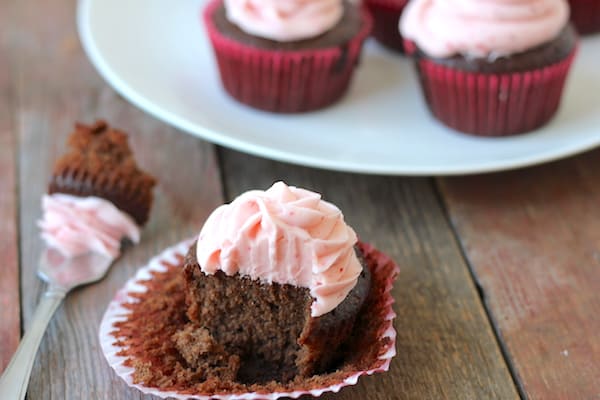 My icing was frothing because there was soap in it.

I though my homemade liquid soap was coconut cream.

And that’s why you’re seeing a recipe for paleo chocolate cupcakes, and not icing.

Because I still can’t make a paleo icing that even the dog will eat.

But now that I’ve completely embarrassed myself, let me tell you about these cupcakes.

I know you’re thinking “why would I ever make one of her recipes after that story?!” but let me tell you, it just goes to show that If I can make a binge-worthy paleo chocolate cupcake, anyone can.

These cupcakes aren’t only paleo, they’re completely nut-free as well. We food-allergy families tend to attract each other, so it’s not surprise that some of our friends have tree nut allergies, so a lot of our party recipes end up being with coconut flour.

Fine with me! I enjoy the relatively low carbs, and the nutrition, protein, and moisture, from the extra eggs that we use in coconut flour baking.

You’ll be amazed by the fine crumb, and softness of these cupcakes, and how far just a little bit of honey can go!