You are here: Home / DIY / How To Remove Blood Stains From Clothing

A friend of mine taught me how to remove blood stains from clothing a few years ago, and I can’t tell you how thankful I am for that. I wouldn’t have any nice clothes left at this point if it wasn’t for that particular skill. 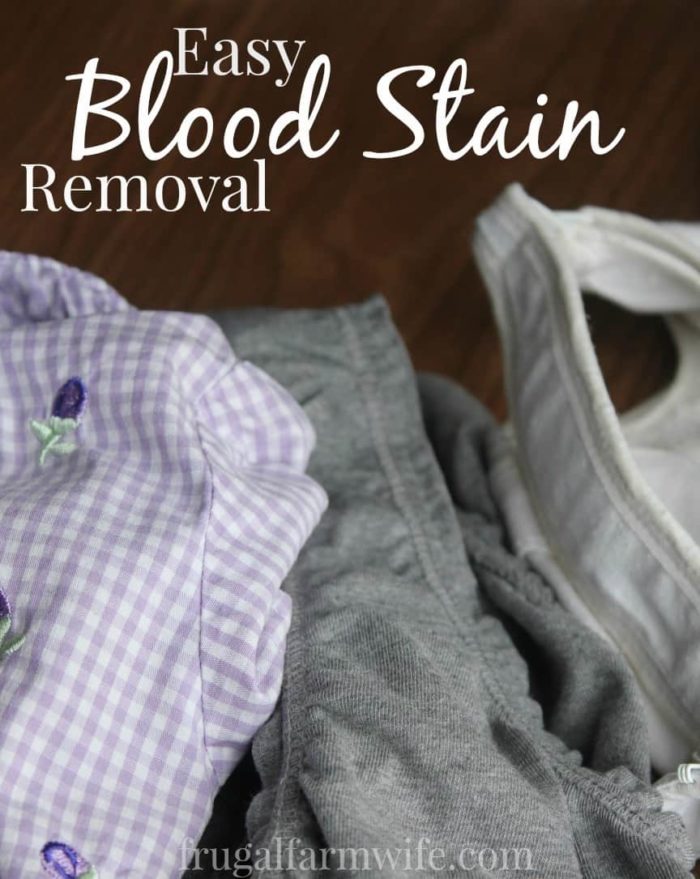 I mean, I always thought it was the boys who are supposed to be getting all the scrapes and cuts and bruises. Am I wrong? Apparently. While Garrett had yet to encounter his first bleeding cut at the age of 14 months, Haddassah has had so many, I’ve lost count. It’s terrifying.

Last night she took the whole blood and gore thing to a whole new level while we were visiting my dad’s house by climbing up the back of a folding chair, and bringing it down on top of herself. I spent the next five minutes or so trying to offer comfort while her nose bled all over both of us.

Fortunately, nothing was broken, and in fact, she’s fine now. You wouldn’t even be able to tell anything happened if it wasn’t for a tiny cut on the side of her nose. I hope her guardian angel is staying on the alert though, because I have a feeling she’s not done with him.

Anyway, here’s how to get blood stains out of your clothes. It’s even easier than removing grease stains, and a lot more cool because of the chemical reaction that happens.

How To Remove Blood Stains From Clothing

Pour a little peroxide over the stained area. I recommend doing this over the sink or bathtub to catch drips. Especially if the blood is fresh – often it will start running out of the clothing immediately.

Rinse the clothing items with COLD water, and wash as soon as possible, again in COLD water (warm water could set the stain rather than remove it), with your normal laundry detergent. 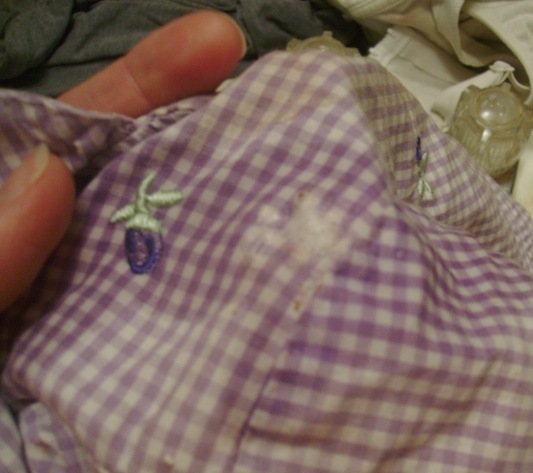 Dry as you normally would.

I have never had this NOT work. My white undergarment had blood all over it last night, but now it’s as good as new!

Oh, and about that chemical reaction. When you pour the peroxide over the blood stain, it will start to foam, as peroxide always does when it encounters dirt, but it also gets really warm – almost hot. So fascinating!

Have you ever used this method for removing blood stains, or do you have another trick?