You are here: Home / Eat Well / How To Get Your Kids To Eat Real Food

Have you ever been frustrated by your kids’ tendency to gravitate toward junk food? I know I have!

Given the choice between a Cheeto and a carrot stick, my son will take the Cheeto every time. 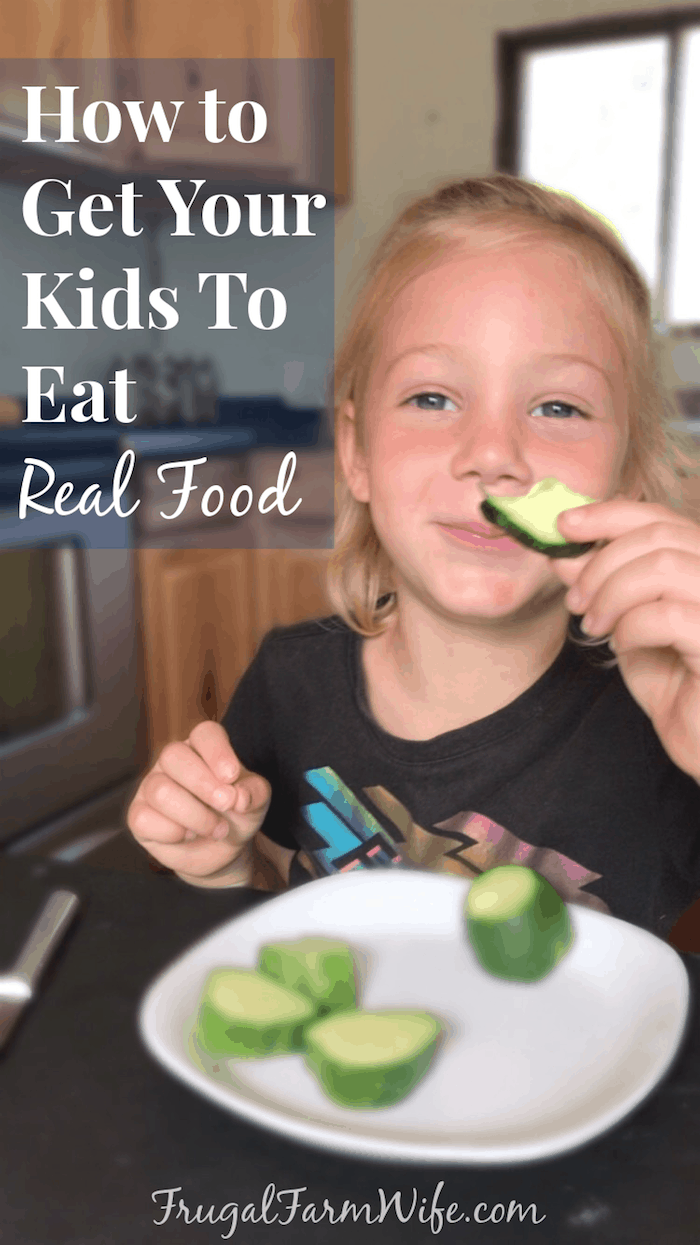 Highly palatable food is prevalent in our culture, there’s no getting around it.

But there’s also no getting around the fact that it’s our job to teach our kids to make healthy choices, expose them to the joys of real food, and sometimes, teach them to eat things because they’re good for them, even if they don’t like them.

4 Tips To Get Your Kids Eating Real Food

Obviously, with all kids there are things that they just can’t stand, and that’s okay too. Everybody has their thing, right?

Garrett can’t stand asparagus, so while I’m mostly a stickler for making them eat what I cook, he doesn’t have to eat asparagus. And I don’t have to eat cantaloupe. Ever, I hope.

If you knew how much I HATE cantaloupe, you would know this picture represents true love – because I endured the horrific smell of cantaloupe for a full five minutes to cut this up for the kids this morning. I’m pretty sure up until now I’ve been able to con Gabe into doing all the cantaloupe cutting around here, but I guess there really is a fist time for everything. ???? . . #breakfast #sundaybrunch #jerf #truelove #breakfastofchamps #food #foodporn #foodie #foodlover #healthybreakfast #healthyfood #fruit

But there are going to also be foods that they can stomach, but just don’t like. That’s where you can teach your kids the importance of eating nutritious food for the sake of their bodies, even if it’s not their favorite thing.

Sure, it can take a lot of time to get the concept through to kids, but it’s worth it to raise adults who have learned the ability to put off self gratification, and make the right choice even if it’s not the easiest or tastiest.

Of course, my kids haven’t reached adulthood yet, so we’re just talking theoretically here. 😉 But at almost five and seven years old, I’m pretty proud of my kids’ ability to eat their veggies, and whole food dinners.

This is something you can help your kids learn. It may be hard, but you can do it. I believe in you, and pretty soon, so will your kids.