If you’re looking for the best apple pie recipe, you have come to the right place! This recipe comes from my favorite Amish recipe book, and I’ve used it many times over the years. I’ve only tweaked it in order to make it a gluten-free recipe.

What do you think of when you think of comfort food desserts? Chances are good that old fashioned apple pie is right up there at the top. I know it is for me! This is the BEST apple pie recipe I’ve ever made, I kid you not. The fact that a something as simple as traditional apple pie can hold its own as a favorite in a day when there’s a million amazing pie recipes showing up in our Pinterest feeds really says something about it doesn’t it.

It says that of all the pies out there, this is one you need to master. I’m serious! Because it’s a recipe you can come back to time and time again. It’s universal. You can serve to anybody with an almost 100% guarantee that they’ll love every bite. Having a recipe like that in your repertoire is worth a lot.

This recipe is completely from scratch. We had a bunch of fresh apples needing to be used several days ago, so even though I’ve been going on about making and canning apple pie filling, I decided to make this one from scratch, start to finish. After all, you don’t need a recipe to tell you how to use canned pie filling.

One little side note here: It took me forever to peel these apples, and as a result, I don’t recommend letting your kids eat apples out of your measuring cup while you try to peel enough for you pie. At least in my case, it doesn’t work. It seems that I can peel at about the same rate of speed that two kids can eat. Ha! 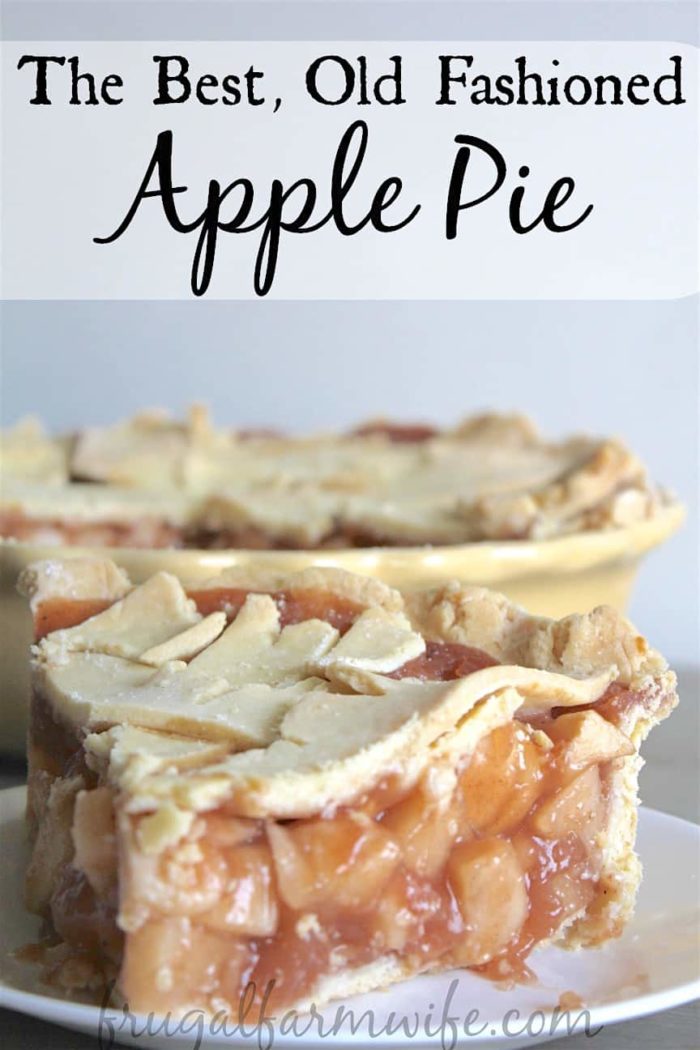 Additional note: I tried using lard in the pie crust pictured here, and I have never had a gluten-free crust that was so hard to roll out! My goodness, forget making a lattice top, it was all I could do just to make a phony lattice! I might as well have used the quick and easy pie crust recipe. In other words, stick to butter, or even coconut oil – lard is no bueno for pie pastry

Note on the pie crust: For gluten-free pie, I recommend a double batch of pretty tasty pie crust – it’s the best I’ve ever used by far! Or, just use your favorite recipe.