You are here: Home / Eat Healthy / Baking With Gluten-Free Flour

Learning that you’re gluten-intolerant, or have celiac disease can be scary. At first you’re wondering what that even means, and then when it sinks in, you’re wondering if you’ll ever eat a cookie – or more importantly, bread – again.

Or, if you’re like me, you find out your fiancé has celiac disease and you think, “whatever, I can just replace the wheat flour with something he can have”.

I mean yes, to some extent, but trust me, that first batch of biscuits wasn’t pretty. Or the bread, or the cookies, or – you get my point.

All those failures lead you though sadness, anger, rage, acceptance, and finally, google, to find a recipe that will work. 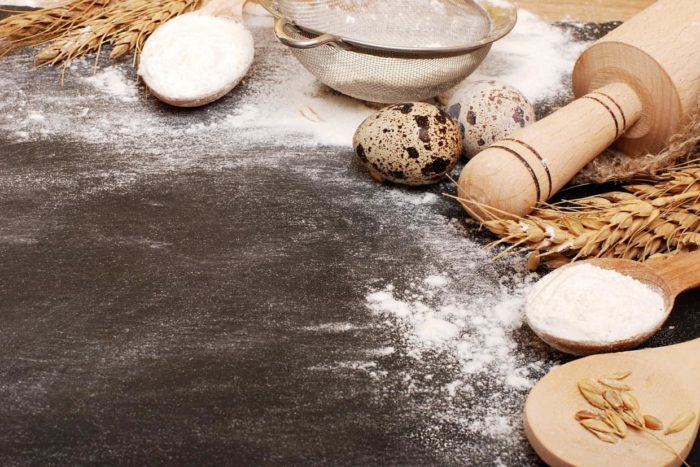 And then you start making gluten-free recipes that taste good. And next thing you know, you’ve got this thing figured out, and you’re successfully (most of the time) converting wheat-based recipes into gluten-free recipes. Booyah!

So, how do you get to that point?

But I can tell you in layman’s terms what successful baking with gluten-free flours takes, and it’s very simple, and very easy to get the hang of. Trust me. I do it, and the only difference between me and you is that I’ve had a lot of practice (you don’t think I got all those food pics right on the first try, do you?). 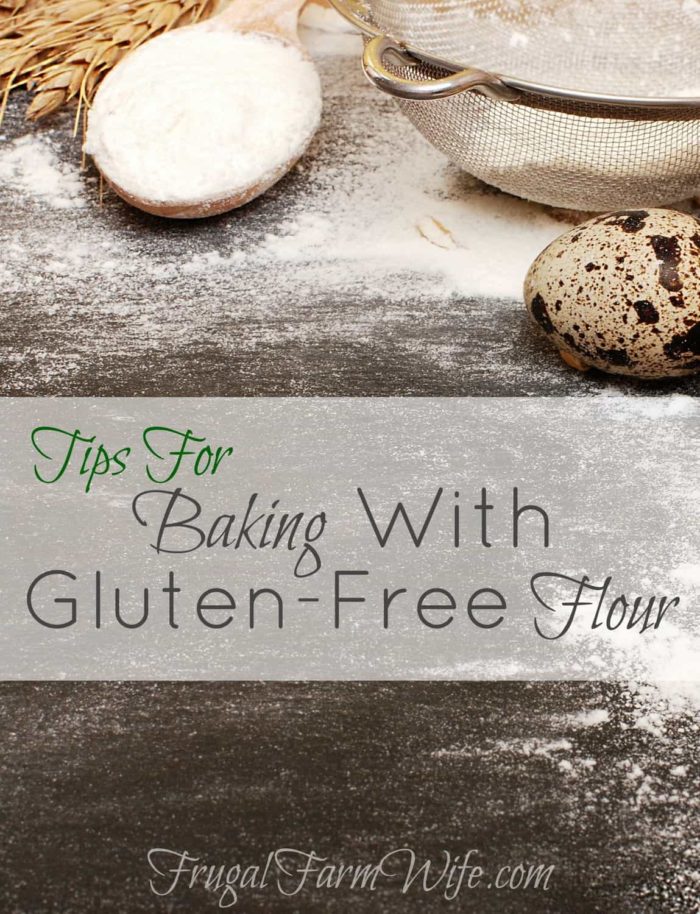 I’ve used several of them, and have loved a few of them, but these days, I pretty much just use my own blend, which you can find here. Not only have I had the most consistent success with it, but it’s a lot cheaper too!

There are lots and lots of other gluten-free flours, but these are the most readily and widely available.

When you’re making your own flour mix, you’ll also want to add starch to your flour. For most recipes, I like to use a total of about one part starch to two parts flour, though some bread recipes call for half and half. Cornstarch is by far my favorite, though I know that corn is generally out of favor with a lot of health-minded folks. The fact is, aside from being cheaper than most other starches, it’s the most versatile.

The other two popular starches are tapioca, and potato. Potato starch is great for thickening soups, but in my opinion, not the best for baking. Tapioca starch however, is great for baking, and I sometimes like to mix it with cornstarch if I have it, especially when I first started my gluten-free baking journey and was afraid to deviate too much away from a recipe’s specified ingredients. 🙂

In the absence of gluten, we need to find something else to mimic that effect. That’s where xanthan gum, guar gum, psyllium husks, flax seeds, and – what was that other one? Oh right, chia seeds come in.

Personally, I mostly use guar gum, which is derived from the guar bean. It’s cheap and easy. Some folks however, find gums to be problematic (again, guar is a bean – you know what that means), and prefer one of the later mentioned options.

Here’s the thing about binders; you need enough to hold your dough or batter together, but not so much that it pulls your baked goods into a gummy, mushy lump after you pull them out of the oven – and they will too, if you use too much. Ask me how I know.

I’ve seen 1 teaspoon of gum per cup of flour recommended, but personally, I’ve found that many recipes don’t require that much. Pancakes or waffles for instance require less than half that amount.

You’ll get to play around with the amount as you practice baking, but keep in mind – one teaspoon per cup – maximum!

Gluten is a protein, and protein lends structure to your baked goods. An extra egg white, unflavored gelatin, or a high protein gluten-free flour can do the trick nicely! One of the reasons my favorite homemade gluten-free four mix recipe works so well is the addition of corn flour, which contains a relatively high percentage of protein.

There are other flours that are much higher of course, such as quinoa, but by the same token, they’re also much much more expensive. It’s kind of a pick your poison scenario. Protein or money, which would you rathe have?

Gluten-free baked goods have a tendency to be very dry, and dry out much more quickly than those containing gluten. So look for recipes that contain puréed fruit, like banana, pumpkin, sweet potato, and applesauce, or yogurt and sour cream. If the original recipe doesn’t include one of those things, look for a way to add it (i.e. replace all or part of the milk/water with yogurt)

Another thing to keep in mind is that eggs add moisture to baked goods, so if you’re already adding an extra egg, that may do the trick nicely.

The single most important thing to remember in gluten-free baking – just like in anything else – is that practice makes perfect. The more you bake, the better at it you’ll get!

What are your favorite tips for baking with gluten-free flour?

Some other really great articles about baking with gluten-free flours:

Tips For Baking With Gluten-Free Flours