You are here: Home / Save Money / Groceries / What To Eat When You’re Barely Scraping By

It’s tough. Money’s tight, you’re  barely you scraping by, and frustration of frustrations, your grocery bill is astronomical.

You literally can’t afford to eat.

Maybe not all of your problems would be solved by eliminating food from your diet, but they sure would be reduced.

So what do you eat when you’re barely scraping by? Well, as luck would have it, there’s a core group of foods that are almost always the cheapest things you can find. 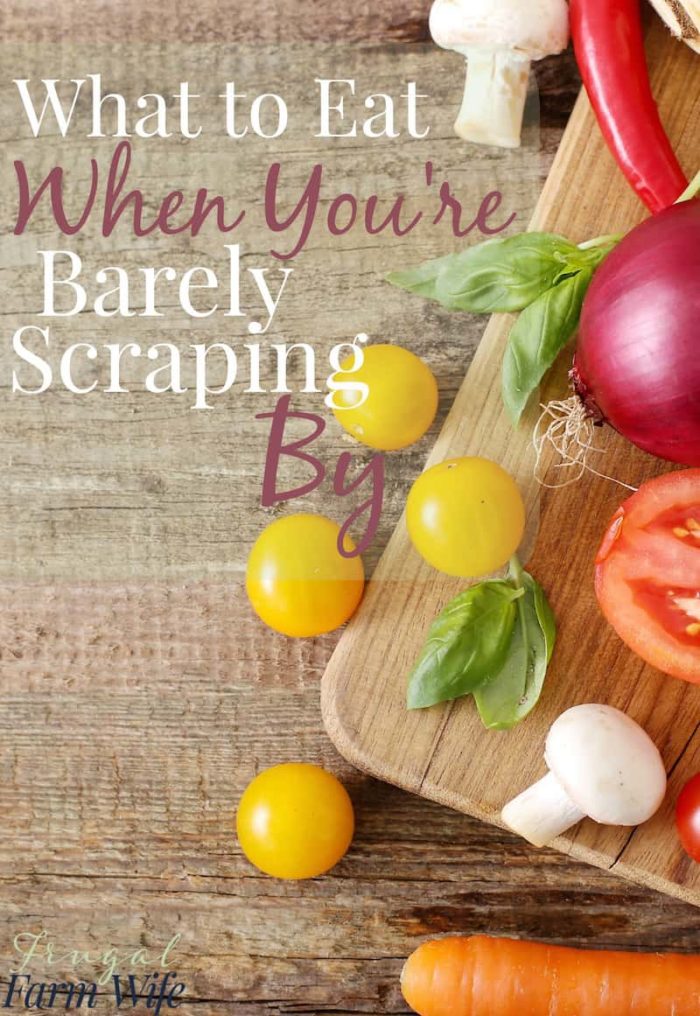 What To Eat When You’re Barely Scraping By

Dry beans. Did I just hear you groan? You did, didn’t you! I know it’s been said a million times, and it’s not what you want to here, but the fact beans – dried beans, not canned, are one of the cheapest, most nutrition-packed foods you can buy. You can eat them every day without getting bored. You can even make dessert with them! And your kids won’t know they’re not supposed to like them if you don’t tell them so.

Brown rice. Just plain, long grain brown rice. White rice is a tiny bit cheaper, but for nutrition’s sake, brown rice is where to put your money. If you look at the varieties of rice in your grocery store aisle, you’ll probably see many choices for flavored rice, minute, rice, and various types of boxed rice that have a wide range of prices, but what you’re looking for is probably in a bag, and not a very flashy one. Despite the humble packaging, there are infinite ways to dress up your rice, from cooking it in chicken broth (my favorite!), to making rice pudding.

Frozen vegetables. While you’ve probably seen beans and rice on every other “cheap eats” list, you may not have expected to see frozen veggies. But the fact is, while vegetables may not be high in calorie value, they pack a real punch in nutrition density, and they’re essential to bringing variety into your diet. Frozen veggies are cheaper than fresh, and often higher in nutritional value, because they’re harvested and flash Frozen at their peak ripeness rather than shipped to wither in a “fresh” produce aisle. The best deal I’ve found at non-membership grocers is 5lb bags of broccoli at $0.05 per ounce at HEB (a Texas chain). Failing that, Aldi has the best prices I’ve found on smaller bags. (read why I get my produce in the freezer aisle)

Chicken leg quarters. You probably won’t find any fantastic deals at large chain stores, but smaller ones, like Lowes Food Store, or CB’s Food Store often have great sales down to $.59/lb, and even once all the way down to $.29/lb on ten pound bags. That’s about as cheap as you can find protein. To stretch it on a tight budget, I’d suggest covering your chicken with water, and boiling it to make full use of the nutritious broth. It’s especially good to cook rice or pasta in, or make soup with, and a fantastic way to feel like you’re eating like a king, while spending like a pauper. (find chicken leg recipes here)

These are four items – dry beans, rice, frozen veggies, and chicken – are what I call the core grocery list of the frugal family, and they’re almost always the cheapest whole food groceries no matter where you shop.

But what if I don’t like beans, or can’t find cheap chicken? 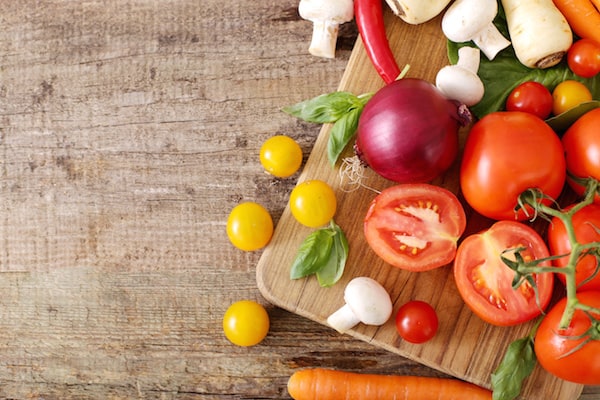 I get it. Nothing works for everybody. We’ve had to change our diet significantly over the last year because of my husband’s food allergies. He can’t eat chicken for instance. So here are some alternative (or secondary) inexpensive food choices:

Sad to say, food prices only go up from here, though it clearly depends on the area you live in – I joke that I really go to Tennessee to visit family so I can stock up on tuna fish. For some reason, it’s so much more affordable there than here in Texas. But on the other side of the spectrum, fresh produce is usually a lot cheaper here than in Tennessee, so it’s a trade off.