You are here: Home / DIY / How To Wean Yourself Off Of Antiperspirants

Moving away from antiperspirants is kind of a big lifestyle change. That may sound like a funny way to put it, but it’s true if you think about it.

So let’s talk about why you would want to do something so potentially gross. 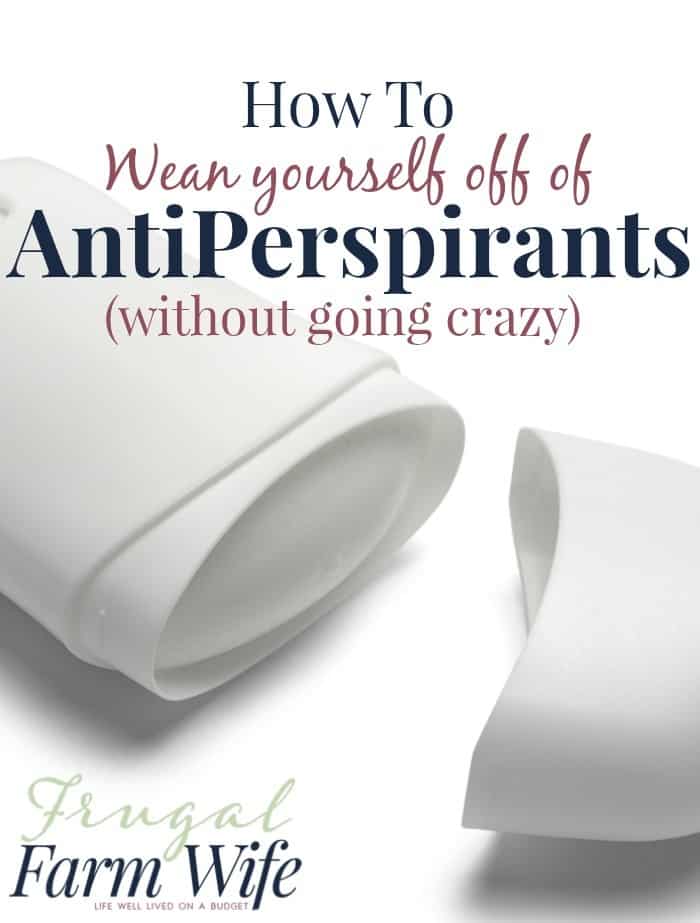 Perspiring (sweating), is one of the body’s most effective ways of cleansing toxins that accumulate in the body, and the underarm area is an especially important part of this system as it acts as essentially (in super simple terms) a drainage area for the lymph system.

Think about what might happen after years of inhibiting your body from effectively purging toxins.

Not a pretty thought is it?

But no need to recoil in horror at the thought of sweaty armpits! There are a couple things you can do to ease yourself into natural deodorants, and always remember that once your body gets use to being able to sweat freely, you’ll sweat less, your glands eventually stop overcompensating for your antiperspirant.

How To Wean Yourself Off Of Antiperspirants 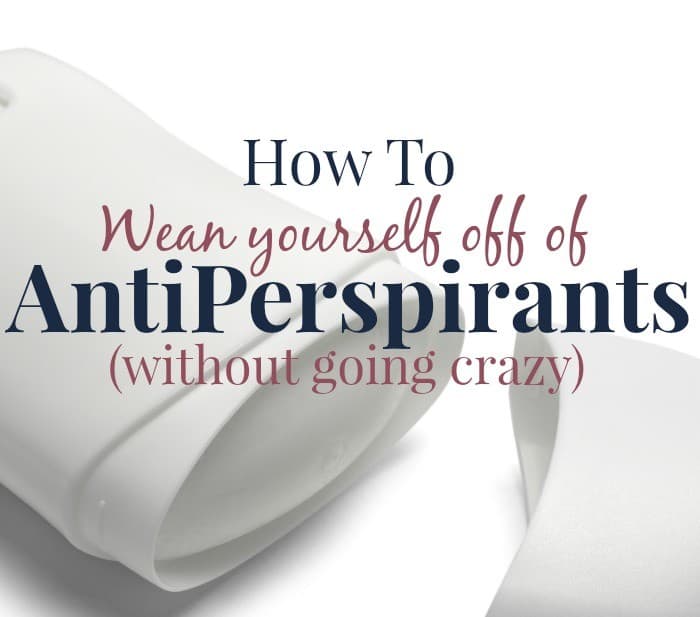 Wear natural deodorant while you exercise. When you go out for a run, your entire body is going to sweat, right? So why not ditch the antiperspirant deodorant (in fact, make sure it’s entirely washed off), and give your underarms a chance to breathe freely. Even if you never stop wearing antiperspirants completely, at least you can give your armpits a break a few times a week, right?

Use (or make) deodorant that contains an absorbent element. Most homemade deodorant uses coconut oil, essential oils, and sometimes baking soda to eliminate stink, and some add cornstarch or arrowroot powder which effectively absorbs moisture, and while it doesn’t eliminate armpit sweat, it cuts down on the moist feeling. You can find the recipe that my family has used for years here.

Try wearing natural deodorant at home. Not everybody is comfortable going out without their antiperspirant – at least not at first – But can you save it for only when you’re going out? If you start going natural at home, chances are that you’ll get comfortable with going out natural over time.

Here are some ways you can maintain your health, and still keep yucky odors away:

Natural deodorants, especially those incorporating essential oils, don’t just let the body work more efficiently, but they actually help the body detox, so that with time, you can actually reverse the damage done by antiperspirant deodorants.

So moving away from antiperspirants may be a big lifestyle change, but it’s worth it!