If you’ve ever thought about making your own homemade jerky, this Teriyaki venison jerky recipe is the best, simplest recipe to start with. Don’t let the name fool you – you can make it with beef too! 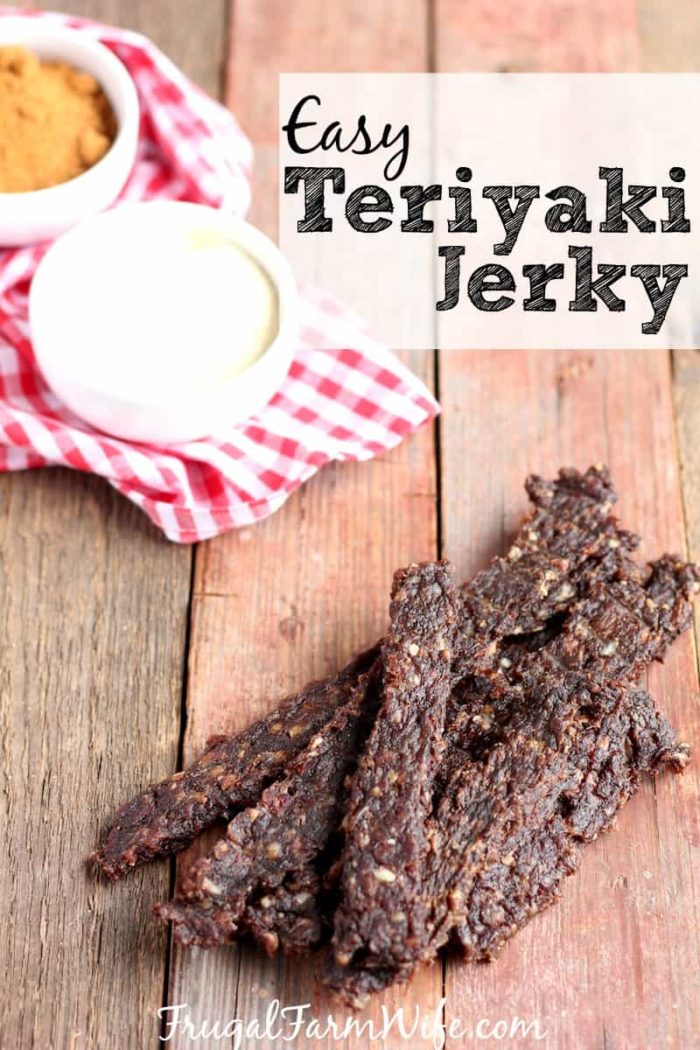 But the thing is, I grew up in a deer hunting family. Every hunting season, my dad would go out and get a few deer, and then, because we were a big family and a couple year doesn’t go very far, and because dad wasn’t a huge fan of hunting, he asked all the “trophy hunters” in the area to drop off their unwanted game at our house too.

And since we lived right next to a really HUGE deer lease, we ended up with a lot of venison.

And every year, our parents let us kids indulge ourselves – as long as there was plenty of deef roasts for my dad’s beloved 3-ingredient Italian beef – by slicing some of it really thin, marinating it with various sauces (or straight up hot sauce in my younger brother’s case), and hanging it on toothpicks from the oven racks in our wood cookstove’s oven, with the door open, and the fire down low so it wouldn’t get too hot.

So jerky has a soft spot in my heart, but we don’t have a wood stove anymore.

Instead, we typically use a food dehydrator, which you can read about in this old fashioned deer jerky recipe, or as with this particular batch, since we were using our electric oven to help heat the house during this ridiculous, unseasonable cold snap, it just made sense to use the oven.

We also used to use mostly sliced roasts since it was harder to grind meat, but this teriyaki deer jerky recipe is a ground venison jerky recipe, because it’s so much easier to mix seasonings into ground meat than to slice and marinate a roast. 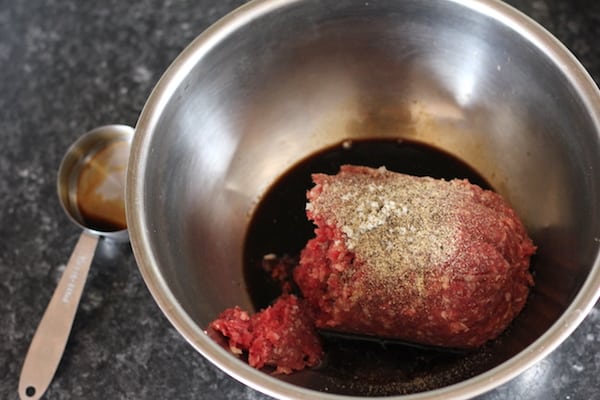 So, though you can marinate sliced venison or beef if you want, I mixed it in with ground venison, which was quick, and made for super tender jerky.

If you have a jerky press, that’s probably a no-brainer for you, but for those of us who don’t, at first glance, it seems a little more complicated. Let me assure you though, that it’s really pretty easy.

Simply press your jerky mixture out between two sheets of parchment or freezer paper, and cut with a pizza cutter, then transfer over to a cooling grid on the flat of a large knife or other thin edge – you could use the knife to cut it into strips as well, but I found the pizza cutter is a lot easier. 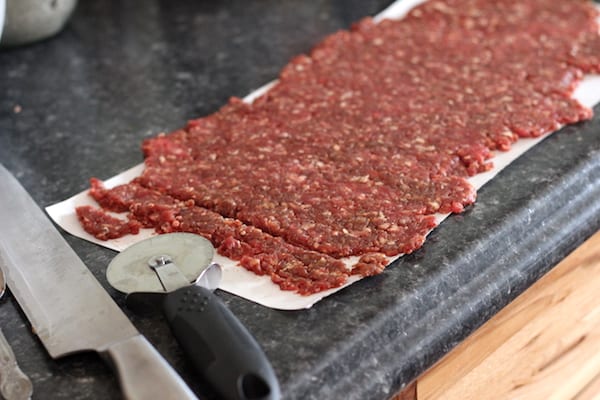 You’ll want to set your cooling grid on a cookie sheet to catch any drips before you transfer it to the oven, and voila! You’re all set. 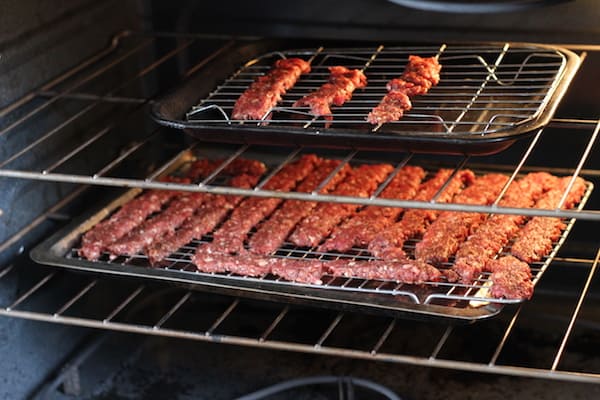 My oven temperature only goes down to 185, but since we had the door open, that was low enough to keep it from cooking while it dried all day long, and we ended up with some pretty fabulous jerky!