Whether you make it with deer or beef, this sweet and spicy deer jerky recipe is easy to make, and a hit with the whole family! 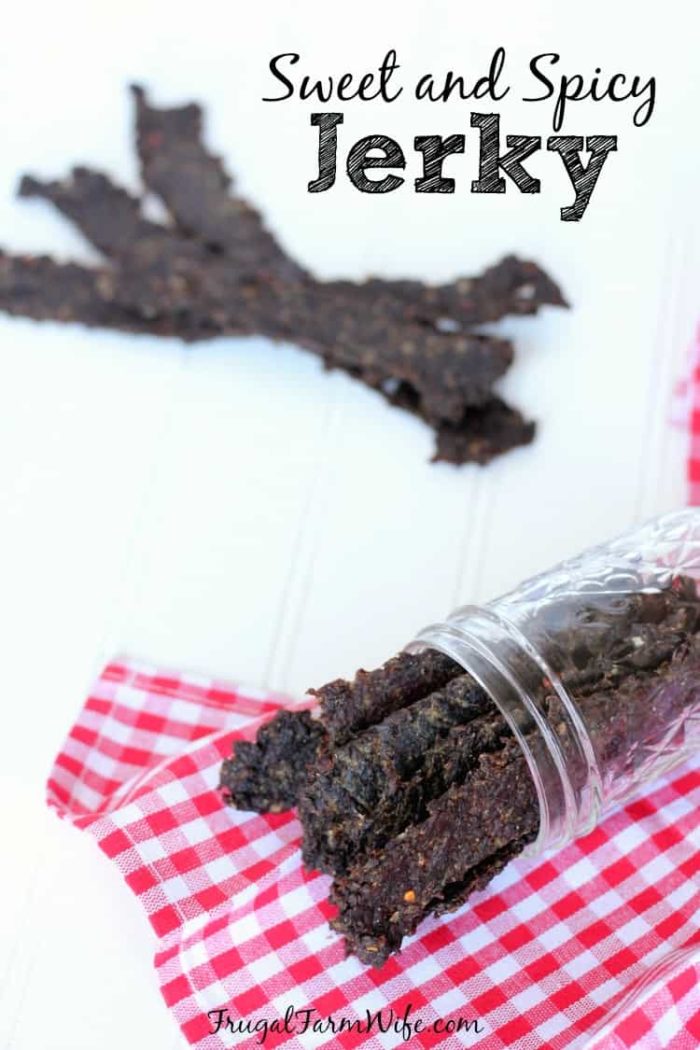 Every time hunting season rolls around, I get a craving for jerky, so while the rest of the world is busy making Christmas cookies, I’m over here living a balanced life.

You know, the kind with a gluten-free sugar cookie in one hand, and a stick of jerky in the other.

When I was a kid living at home, my dad, the lazy genius, put out a big sign in front of our house that said “WILL TAKE UNWANTED DEER”.

I was the most embarrassed teenager in Tennessee I swear, but since we lived next to a huge deer lease where trophy hunters came from all over the state to get their quota and hopefully bag a nice rack for their wall of pride, I was also a pretty well fed one.

At some point, my siblings and I read about making jerky in some backwoods living type of magazine, and that was all she wrote for us. 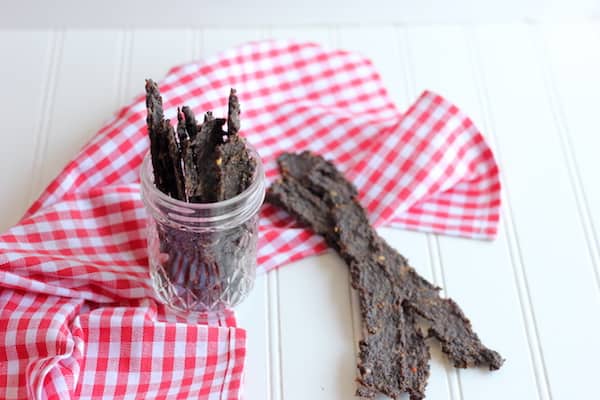 We became jerky making fiends whenever we could get out hands on some venison that mom hadn’t earmarked for ground meat or Italian roast beef.

My brothers thought it was cool to marinate their jerky in straight up hot sauce, and I thought they were uncultured swine for it.

Instead, I tried to keep them at bay and make my own jerky with various spices and sauces.

Let’s be honest, some recipes turned out better than others back before I had discovered this teriyaki venison jerky recipe, and my brothers always insisted that theirs was better.

Not that there’s any sibling rivalry between us at all, but I still think they’re ridiculous, and I’d like them to know my jerky is pretty darn good these days.

The great thing about jerky is you can make it with whatever type of meat you have on hand. 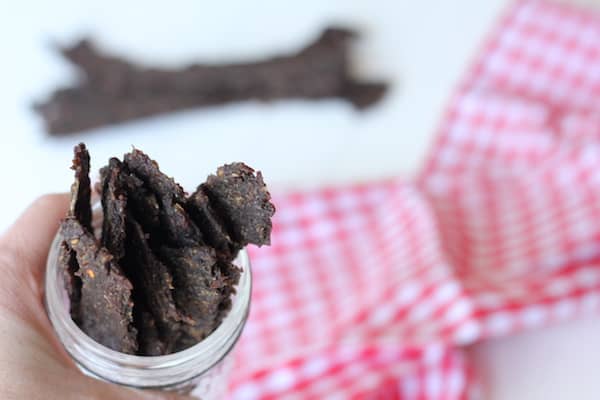 We used a lot of deer loin and cutlets that we sliced thinly – and you can read about that process in this deer jerky recipe.

But today, I use a lot of ground beef to make this sweet and spicy deer jerky recipe. Largely because now I live in Texas where deer just aren’t as plentiful, and my husband isn’t much of a hunting enthusiast (and no, I don’t hunt. That is one thing about rural life that I’m 100% not interested in doing).

But also because it’s really, really easy to make jerky out of ground venison or beef. Why? Because whereas you spend a lot of time slicing cuts, and marinading them with strip jerky, making jerky with ground venison is similar to making homemade sausage – you just mix it – with the added component of putting on drying jerky in the oven, or in your dehydrator. 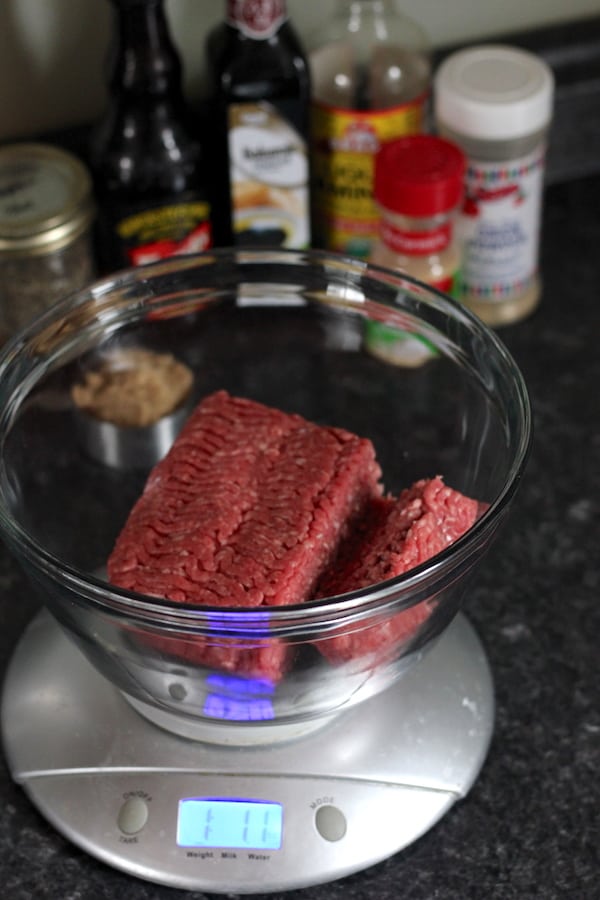 In other words, it takes a fraction of the time, and it’s easy.

So you can absolutely use this sweet and spicy deer jerky recipe with deer or beef cuts by marinating the meat mixture for 6-8 hours instead of mixing it in, but most the time these days, you’ll find my jerky recipes use ground meat.

This is my dehydrator.

Jerky doesn’t require any special equipment, and I made a lot of jerky in the oven last year, but this fall I’ve pulled the dehydrator out of storage, and it’s so darn convenient to be able to stack racks of jerky up, put the lid on, set it, and forget it.

If you haven’t made jerky with a dehydrator, I definitely recommend it. A dehydrator will change your life! And you’ll start doing things like drying fruit slices and making fruit leather and banana strips. Don’t ask me how I know.

Use a jerky shooter to finish, or