You are here: Home / DIY / Our DIY Septic System Install

One of the things I’ve been asked about the most during our mobile home remodel is, what about the septic system? 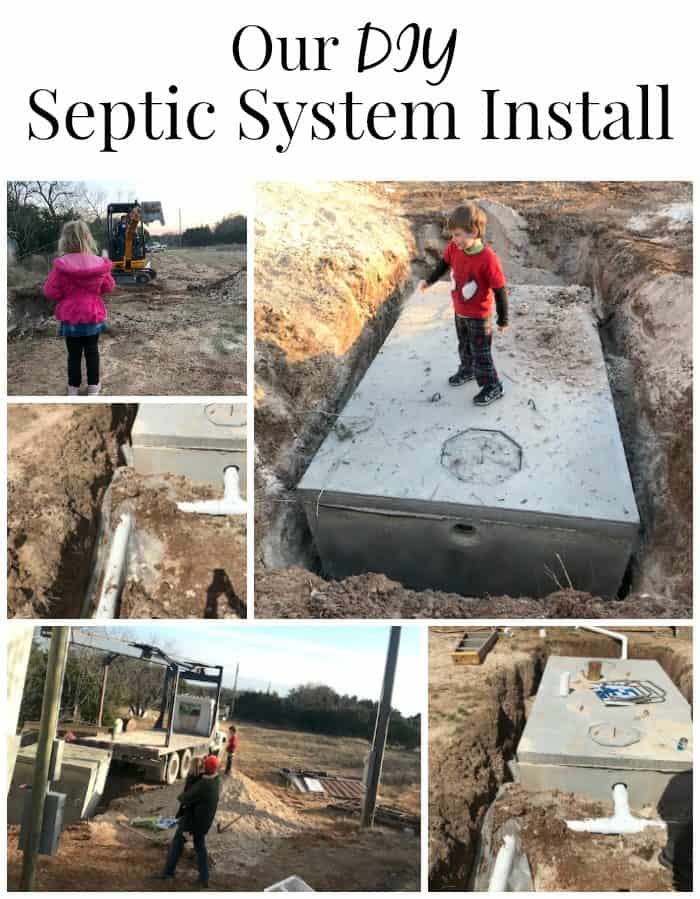 Gabe has always been fascinated with composting toilets ever since I’ve known him, so I (after much deliberation) conceded that this might be the time to give them a try.

Unfortunately, it turned out to be a lot of work and expense installing composting toilets with enough capacity to serve a family living in the house full time.

I already mentioned this when I wrote about finally moving into our house, but the short story is we sent the composting tank back, and redirected to a traditional septic tank.

With the advice of a family friend who is an experienced and certified septic system installer, we decided that we could DIY the septic system, and save several thousand dollars that way.

First, I have to confess that I’m getting to the point where the acronym “DIY” gives me a panic attack.

Second caveat, this is one way to install a septic tank. I know there are others. Maybe the others are more modern, or more effective. I’ve watched Youtube videos on how to do it, and gotten confused every time.

The bottom line is, we decided to do exactly what out professional friend told us to do, and whether it’s outdated, or considered less ideal, it works, and I consider it a lot less risky than reading instructions on the internet (no offense internet, I really do love you).

That said, it was pretty simple.

Rent a backhoe to dig a pit. 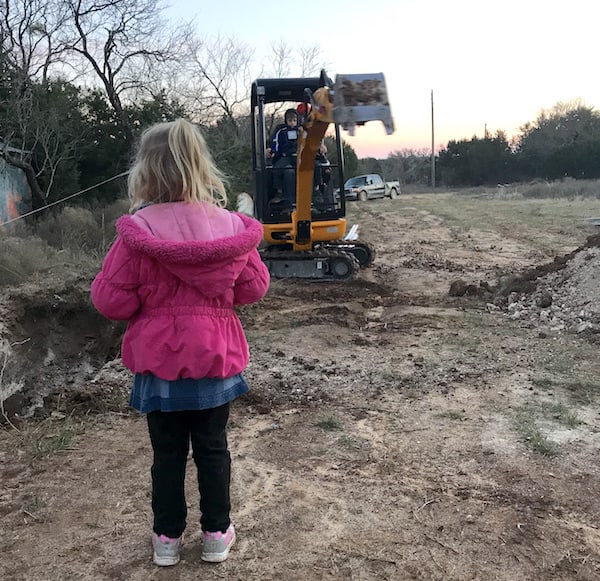 This hole should be large enough to fit the tank, and just deep enough to cover it, but not by much. (We know this, because we dug the hole too deep and had to backfill after the tank was already delivered)

Get a septic tank delivered. 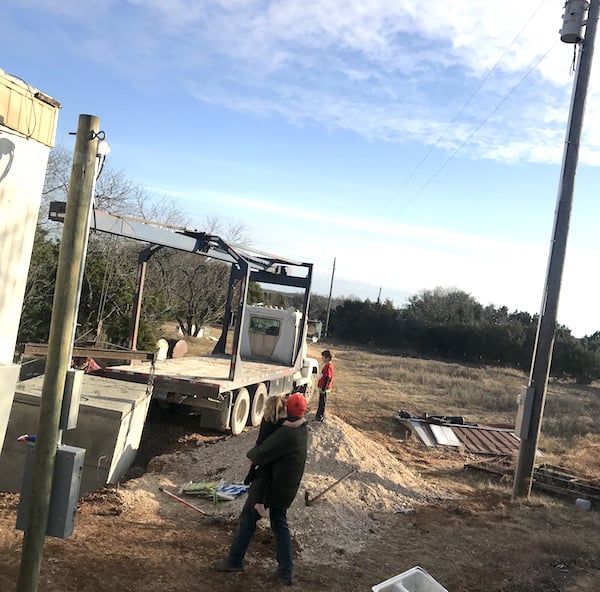 Fill the bottom of the trenches with gravel

Add perforated pipes, which of course, are attached to the septic tank. 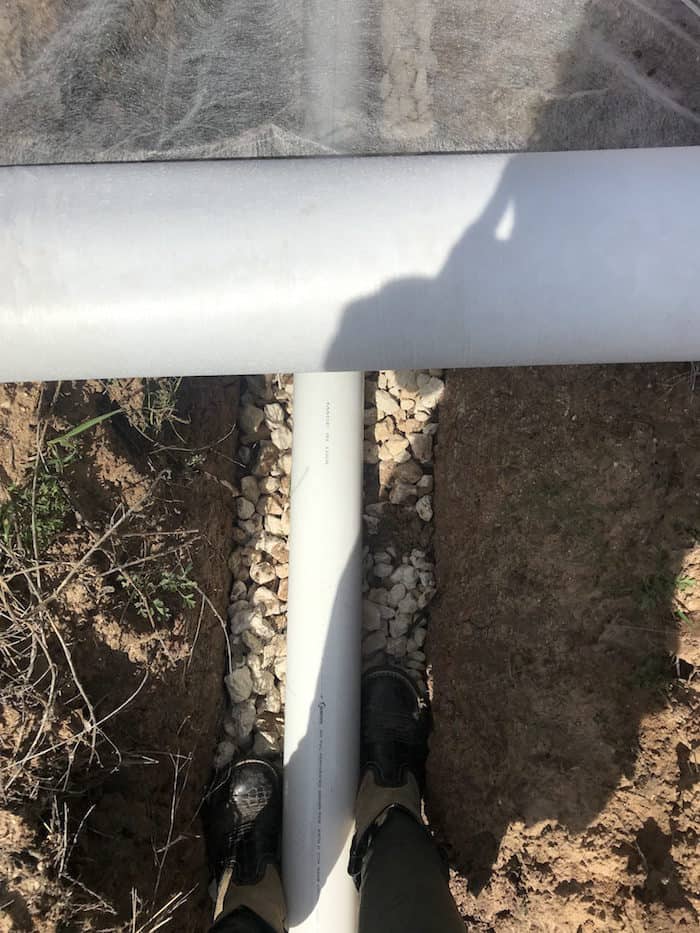 Cover trenches with screen and then dirt, and hook the pipes to the septic tank. 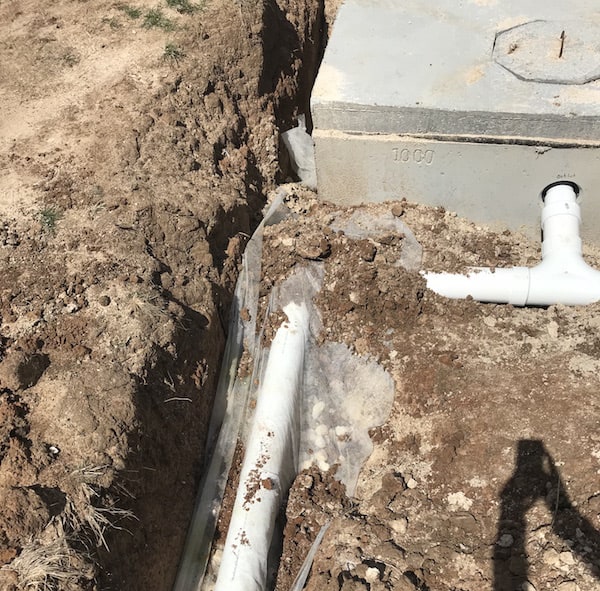 Connect pipes from the house into the tank. 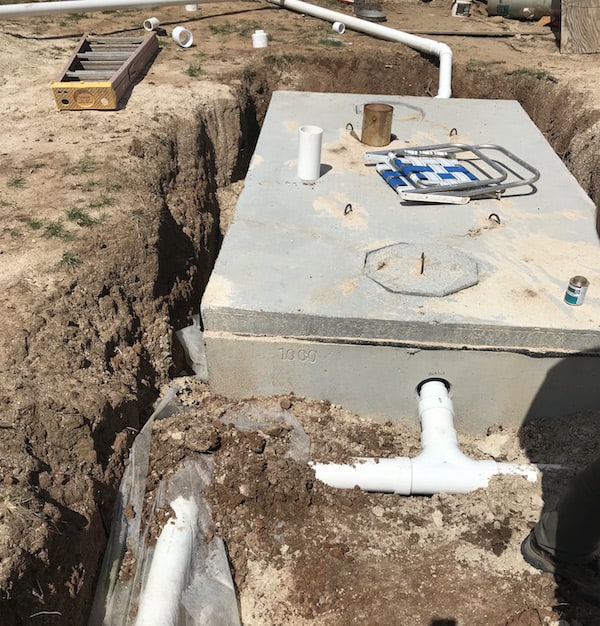 Pretty simple, but for some reason, it took forever to coordinate.

We were given the wrong measurements for the hole at first, and ended up having to have the tank company bring their truck back out to lift the tank up so we could back fill a little bit so the tank wouldn’t be too low.

And other than that, it was mostly bad weather stalling us out, and then finding time during those little windows of good weather, when the ground was dry enough to dig.

BUT IT GOT DONE.

Putting our own septic tank in turned out to be yet another learning curve in this long remodeling job learning curve, but the whole shebang ended up costing about $1,500 – well worth having flushing toilets in the house!