Do you want even the biggest beet skeptic to eat her beets? This old fashioned pickled beets recipe will make even your pickiest kids love beets! 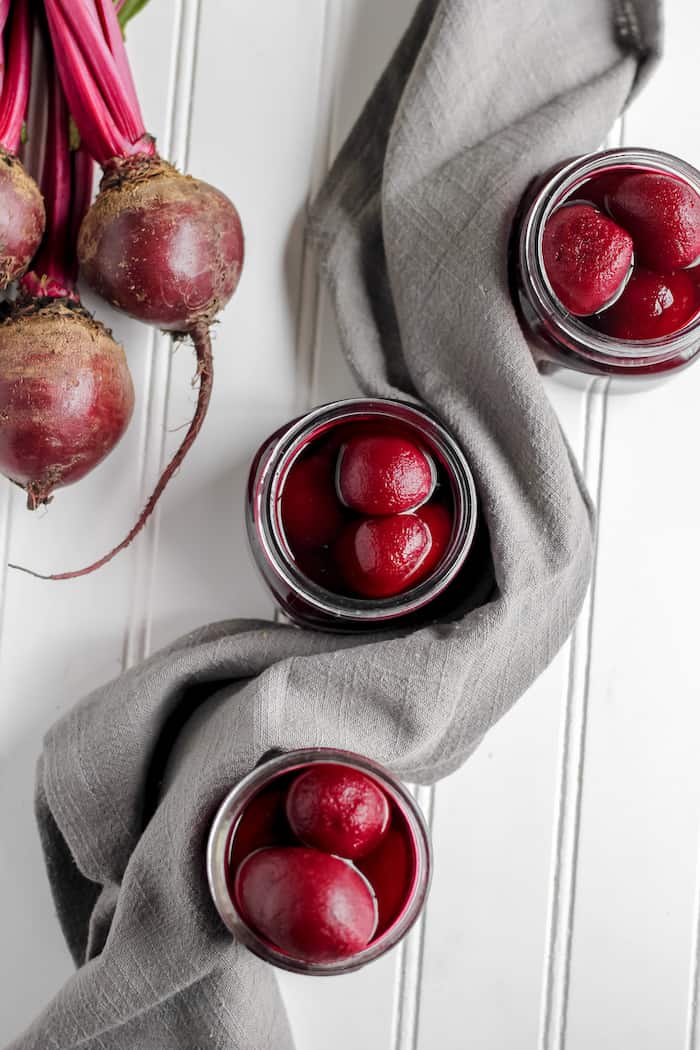 The truth is, I don’t think I ever ate a beet before I was 14 years old. My mom didn’t like them, and what she didn’t like, she didn’t buy. Simple as that.

I assumed beets were gross, in fact, I was convinced that a lot of vegetables were gross. Even ones I hadn’t tasted I was militant about. Incidentally, a lot of those vegetables I now absolutely love, like roasted asparagus. Love it.

But hated it at the time. Wouldn’t even try it.

So that spring when I was 14, my dad had decided to convince one of our neighbors to do a joint vegetable garden since my mom was overwhelmed, dad was working, and teenage me had a very bad track record of managing a garden. 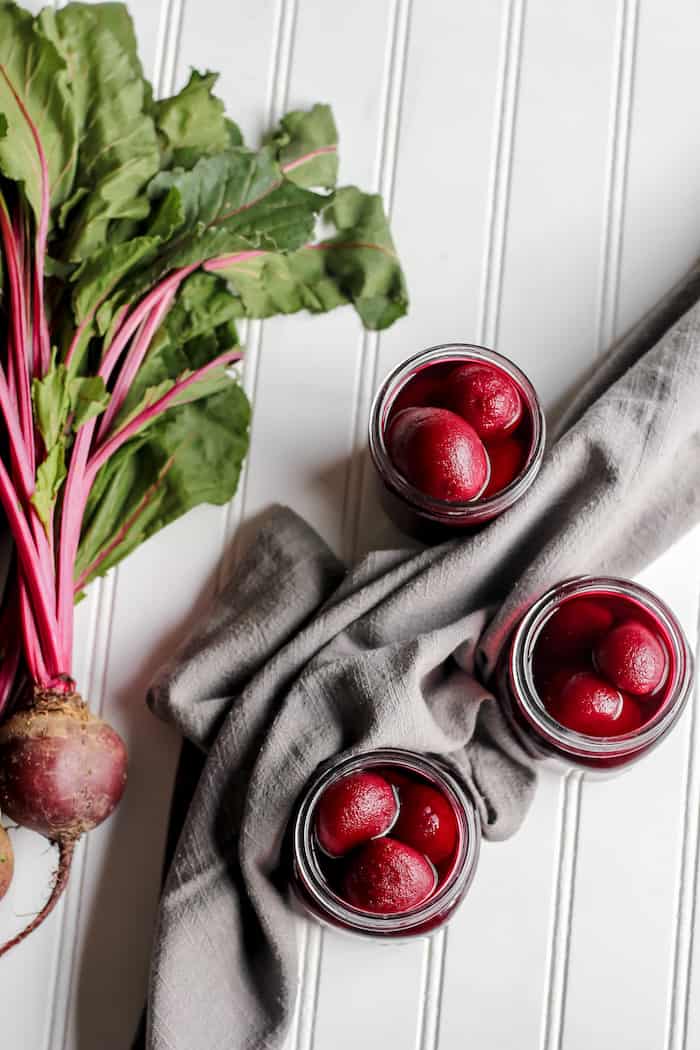 He succeeded, which stuck me with helping grow a lot of vegetables I was convinced I hated.

I even helped plant the beets.

My gardening mentor shoed me lots of tricks about growing beets that I thought was useless information stuck in my head at the time. For instance, we planted an extra row of beets a little bit late in the season, so instead of covering the seeds with soil, she had me cover them with wood ash to help them sprout faster. I haven’t actually looked into the science of that to find out if it’s really works or is just a wives tail, but I do know that the soil in our area was fairly acidic, and wood ashes are alkaline, so I’m sure there was some benefit to have a more balanced ph.

Technically, we were only growing the garden together, but truthfully, I spent as much time as I could get away with at our neighbor’s little farm, so later, when we harvested the beets, I then learned to make pickled beets with her. 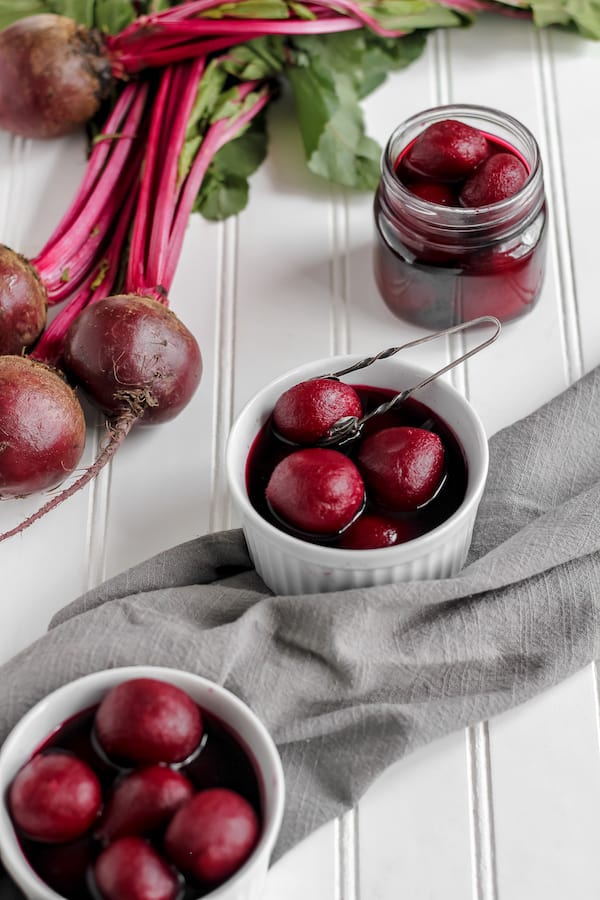 And that was when I first at beets. At first, I insisted that I didn’t like beets, but Miriam was a stickler for making me try things I didn’t like, and was not a fan of my rudeness in refusing food served. I think it’s thanks to her that I enjoy such a wide variety of vegetables today. I even eat radishes now – but only roasted radishes, not raw. Still don’t love those.

So after we boiled a back, I tried them. But I didn’t admit that they didn’t taste so bad.

Then we peeled them, made pickling brine, and canned the pickled beets.

I did try the pickled beets, but I had spent so much time believing beets were nasty, that I couldn’t admit, even to myself, that they were pretty good.

Thankfully today, with my adult taste buds, I eat and enjoy beets frequently.

It started with reading about how beet juice was beneficial to endurance athletes. So I bought beets, found out that I actually loved them roasted or boiled with a little salt. And then circled back around to those pickled beets I wouldn’t eat so long ago, knowing that though my kids didn’t love them boiled with salt, they did tolerate them, which meant they’d probably love good old fashioned pickled beets 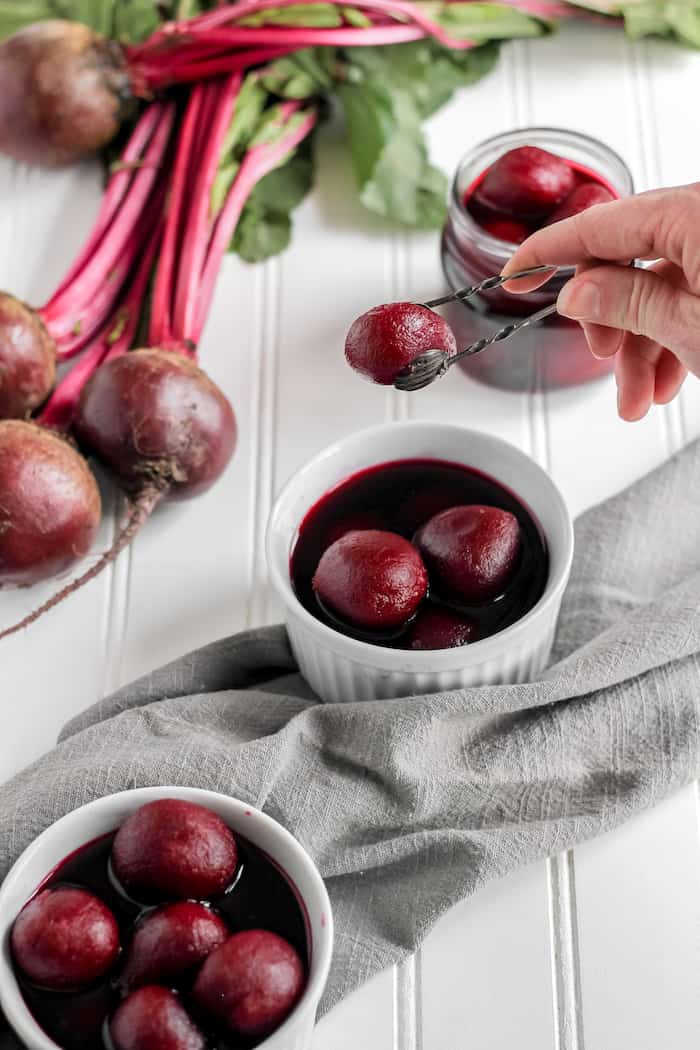 okay, so enough of the story. Here are some really nifty tips you need to know before you use this old fashioned pickled beets recipe:

This recipe make about 8 pints of pickled beets