Make this lightened up gluten-free cheese sauce so you can enjoy MORE of it with no guilt, and more nutrition. It’s so simple!

Forget Taco Tuesday, when I was a teenager, my mom made tacos for lunch every Saturday.

Tacos were my dad’s favorite, and I think she reasoned that since he shoed (shod?) more horses on Saturday than any other day of the week, he’s appreciate having his favorite dinner to go with it. 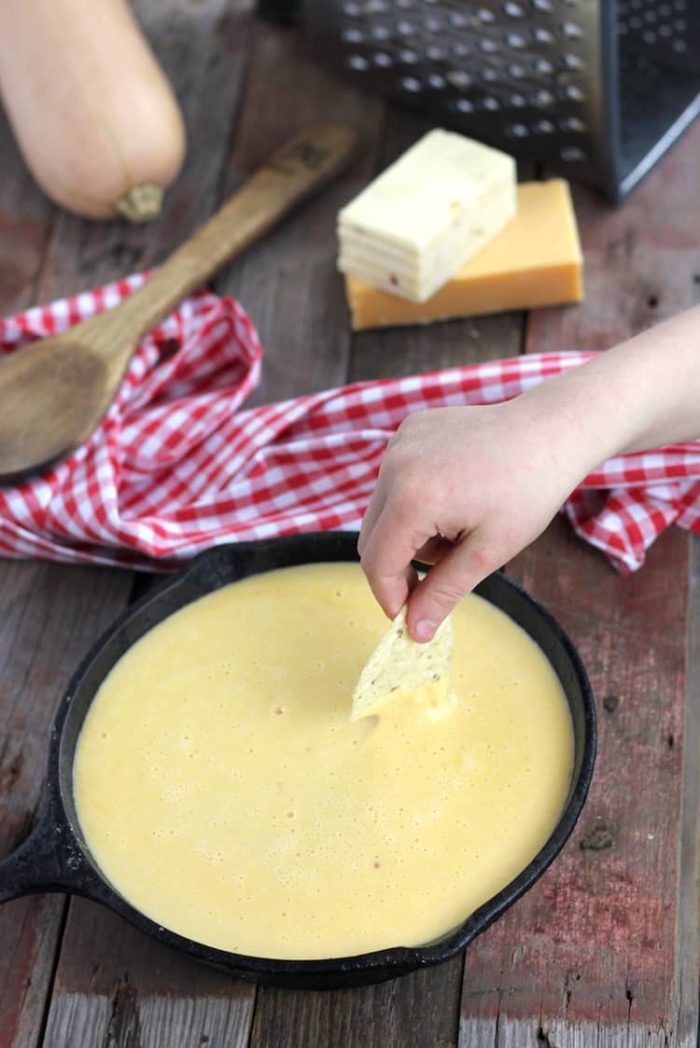 Our tacos weren’t really the standard Tex-Mex variety though (you can find my super quick Tex-Mex tacos here). I mean, we had all the normal fixings – homemade corn tortillas loaded with refried beans, taco meat, lettuce, salsa, sour cream, and tomatoes – but on top of all of that goodness, was gluten-free cheese sauce.

It was messy, but oh-so delicious!

Mom’s tacos are one of about three of her dishes that I try to make a point of making whenever we’re back home in the Nashville area visiting my family. And I kid you not, I think of her every time I eat a taco.

They were just such a staple growing up.

But now that I AM grown, I don’t buy Velveeeta cheese, and even if I did, holy calories, Batman! I sure couldn’t eat as much as I’d want to.

But at the same time, putting shredded cheese on our tacos just isn’t the same, and we haven’t even mentioned nachos yet! 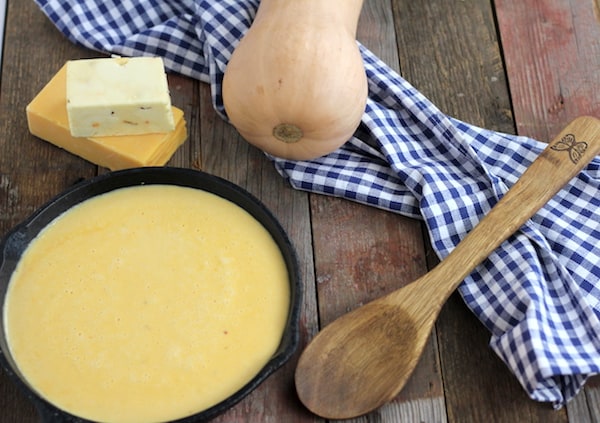 That’s why I finally got creative and made this lightened up, gluten-free cheese sauce.

I know it seems like it should be obvious that cheese dip is gluten-free, but surprisingly, many homemade cheese sauce recipes use a starchy thickener, and often, that starch is white flour.

So, yepperie, this cheese sauce is gluten-free, and yes, as the pictures suggest, it has butternut squash in it!

When my kids saw me making this dip the first time, they both declared immediately that they wouldn’t touch it (even though they’re actually pretty good about eating vegetables, and even love sweet potato curly fries!), but after it was done, and looked for all the world like any other cheese sauce, they couldn’t help themselves, and they ended up loving it. 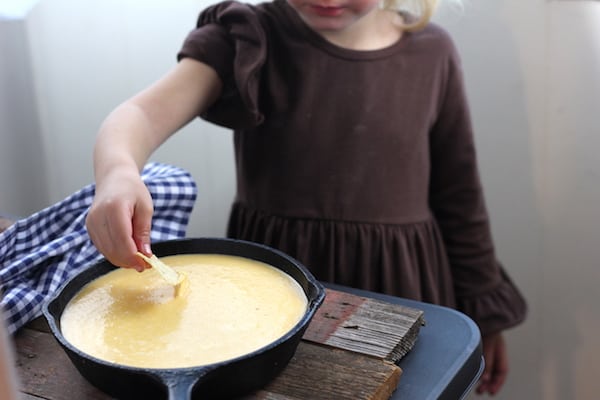 While this cheese does have dairy in it, it’s significantly lighter in calories than it’s Velveeta counterpart: Whereas Velveeta contains 70 calories per ounce according to the nutrition label, my lightened up gluten-free cheese sauce contains just 25.

That translates into 197 calories per cup for this recipe, and 560 per cup for melted Velveeta – because we all know we’re not here to eat just one ounce of cheese dip, right?

Note: You can also do the entire thing in a sauce pan using an immersion blender. Just add the cheese after blending your butternut and milk, and stir until smooth rather than blending again.