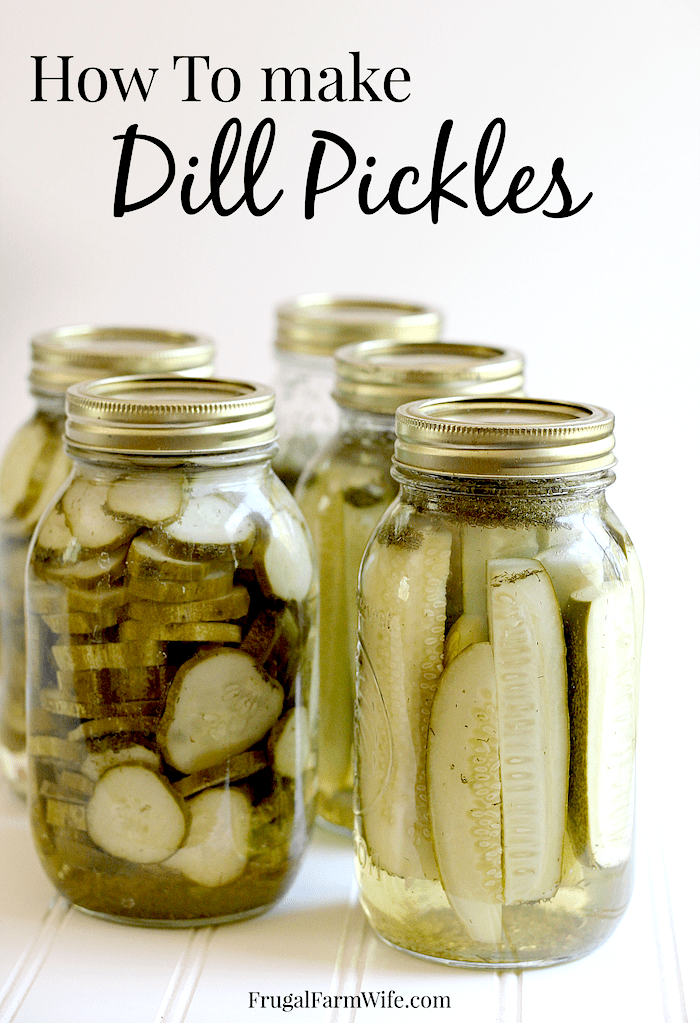 A few years ago – in 2013 to be exact – my husband grew a lot of cucumbers. I remember the year because it was the same summer our daughter was born.

And it was his garden because, well, I was pregnant while taking care of a toddler, and if you don’t think that’s a full time job, you’ve probably never been a parent. 😉

I didn’t have the brain space for making gardening decisions.

But that’s not really relevant to the story. What is relevant is that three days after our daughter was born, Gabe came in carrying two five gallon buckets full of cucumbers.

To his credit, he did most of the pickling that summer, but I may or may not have forbid him to ever grow cucumbers again after that.

Before that year, pickling had always been a fairly large part of our canning process.

We liked our dill pickle recipe of course, but we also made sweet pickles, bread and butter pickles, okra pickles, even broccoli pickles, and various relishes.

But after that summer, I was completely and totally burned out. 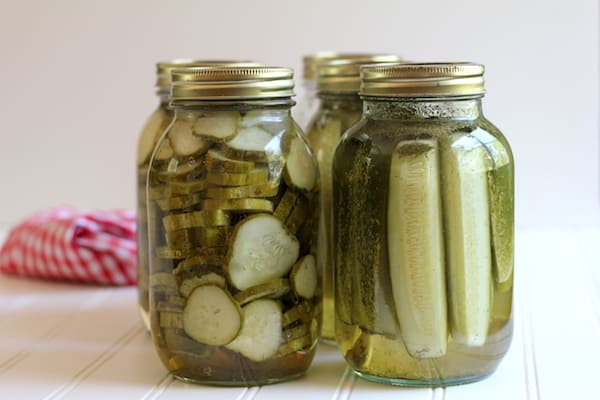 In fact, I can’t say I had any enthusiasm for gardening after that for a few years, and I don’t know if it was because I now had two kids to keep me busy, or if I was just really cranky about the sheer volume of stuff Gabe grew that year.

Anyway, this year has been different. I put in a garden, and I’m growing cucumbers of my own volition.

Not very many mind you, but they are there.

And I’m enjoying a little pickle making to boot.

Not two dozen pints a day, but a little.

And the first pickles I’m making are dill pickles, because for me, they’re the most important.

We eat them on hamburgers (made with gluten-free hamburger buns. Mmmmm), put them in potato salad, use them in enchiladas (yes, for real. It’s a family recipes I need to share one of these days), and I eat them when I’m bored-hungry but know I don’t really need to be eating snacks.

And despite my burnout on making pickles, the best thing about them is that they really are easy to make as you’ll see below, and I’ve been able to do it in my spare time so far this summer.