This coconut flour pie crust recipe will help you enjoy the holidays while eating healthier desserts this year! 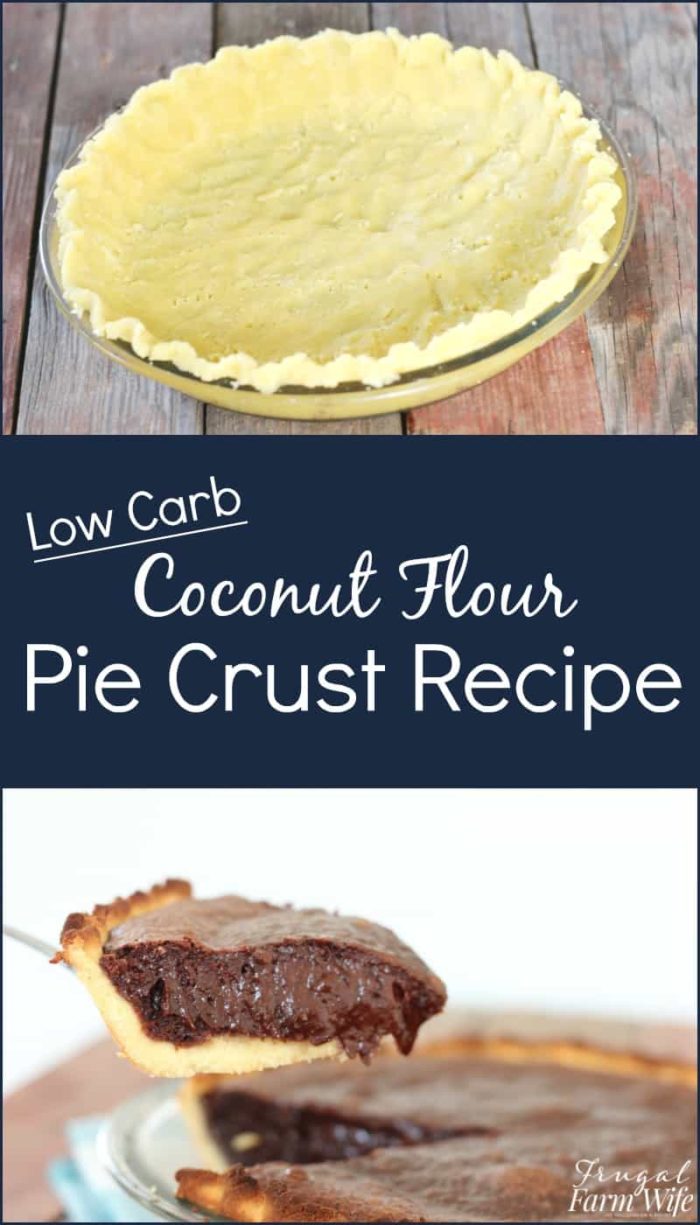 Almost two years ago, I bought my first bag of coconut flour, and at first, I was a little put off by it. Coconut flour is weird. It soaks up your liquid, it super fibrous and doesn’t hold together at all, and I had to find all new recipes to work with because putting coconut flour in your trusty family heirloom recipe? Forget it!

But after a little bit of experimentation, and lots of eggs, I love it!

Because of coconut flour’s tendency to absorb liquid, you use very little of it, which makes it a very affordable grain-free flour, Its lack of starch makes it lower carb, and the need for binders to keep your baked goods together is usually eggs, which helps me get protein into my kids – even when they’re craving desserts.

These days, we do at least 90% of our baking with coconut flour recipes! 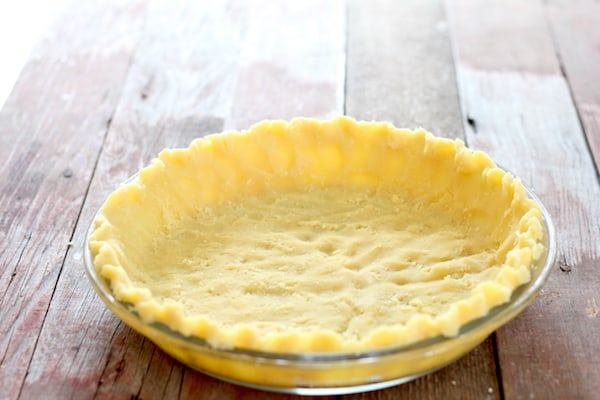 Of course, today we’re talking specifically about coconut flour pie crust, and that’s going to help us keep our carbs under control this Thanksgiving and Christmas.

While I totally get that holidays are diet splurges, there’s no reason not to take a bit of a healthier route when you have a recipe that tastes delicious like this.

This way, my slice of pecan pie won’t carry 2 servings of white flour underneath it. Kind of like coconut flour pizza crust – you still get the splurge of pizza, but with fewer carbs.

There’s just one main catch with coconut flour pie crust – it’s harder to make it pretty. To be honest, I’ve only met with one pretty and tasty gluten-free pie crust recipe that rolled out and crimped well, and I soon learned that I don’t have the patience even for that. 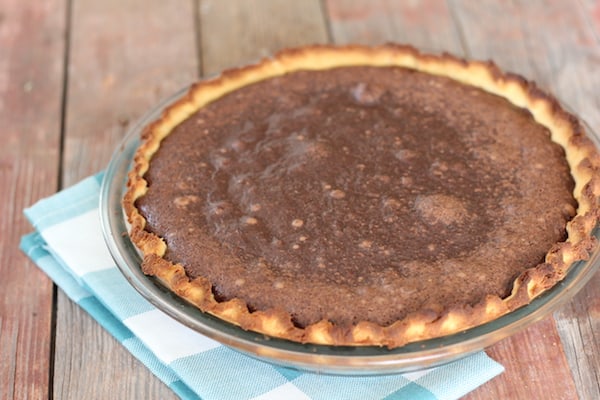 While you can roll out this dough between two sheets of parchment paper, and flip it over into a pan, be aware that the lack of gluten and starch make it really easy to break.

In my opinion, you’re just better off pressing it into the pan, the way you would with the quick and easy gluten-free pie crust recipe.

Another thing to be aware of with coconut flour pie crust, is that coconut flour browns very quickly, so in a pie with a long bake time, such as sugar-free pumpkin pie, you’re likely to have very dark edges.

In those cases, I would recommend wrapping a layer of foil around the edge to deflect some of the heat.

P.S. If you’re making a fruity, or cold (pudding) pie and don’t happen to have coconut flour on hand, I highly recommend a simple coconut pie crust.