This Baby City cloth diaper review will help you decide whether these ultra-cheap diapers are for you! 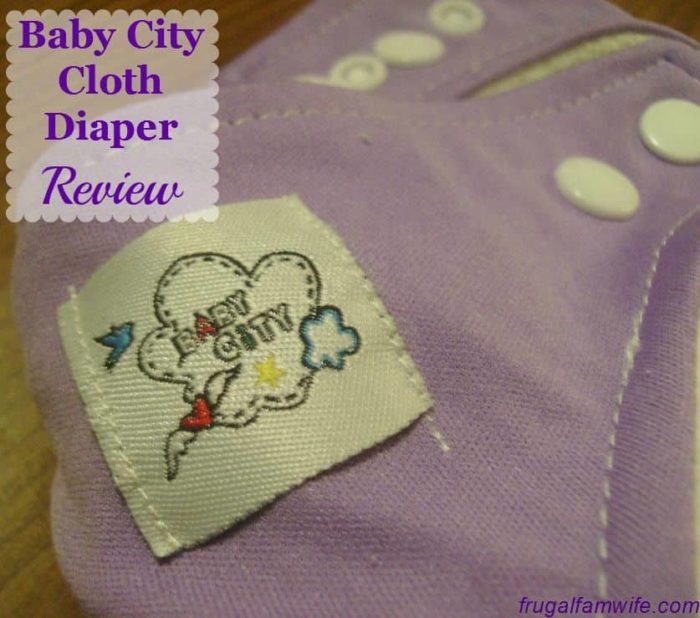 Possibly the biggest arguments against cloth diapers is the prohibitive start-up cost. Unless you’re happy to go the old pre-fold and pins route, that is.

That’s why I was excited to find Baby City diapers on eBay. Could it really be possible to get diapers so cheaply? The reviews were mixed, so I decided to order one diaper and find out for myself.

The Baby City diaper is a one-size adjustable, pocket style diaper. The outside is made using polyurethene laminate material and plastic snaps. the inside consists of microfleece. 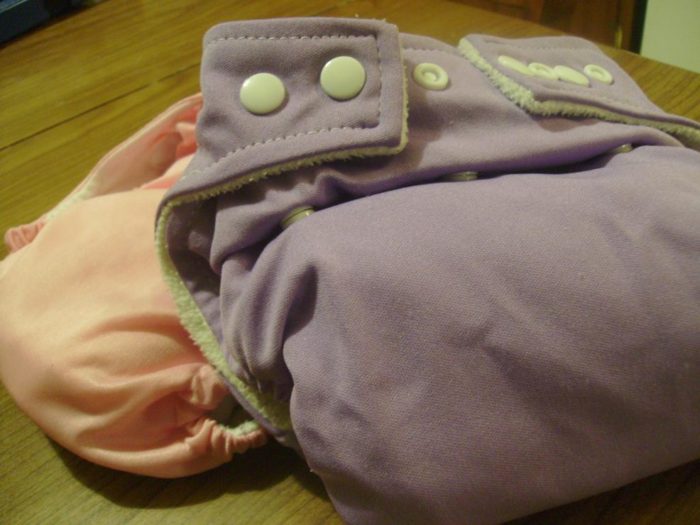 As it turns out, the entire diaper is slightly smaller than my other one size diapers. That explains why the shell is lighter. I also think the PUL is a bit thinner.

Of course the smaller size is just fine for Haddassah, and I must say, it fits her in the legs nice and snugly. 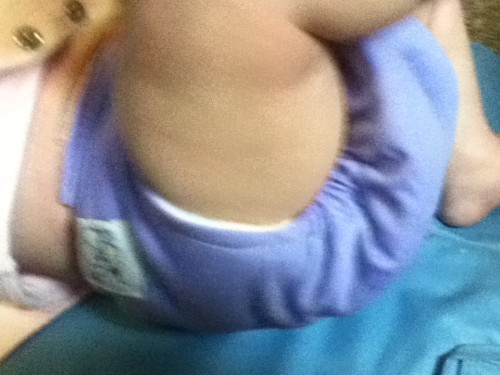 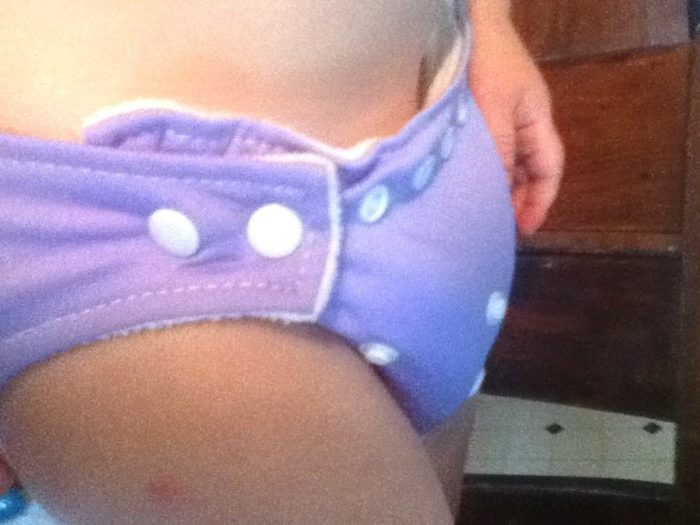 The fit around the waist is, of course, adjustable. I’m very happy with the elasticity of the back, and so far, as with other elastic-back diapers, haven’t had any leakage of stinkyness.

For Garrett, who weighs 35+ lbs, the fit is obviously a bit tighter than the Smarti Pants, but it does fit well. 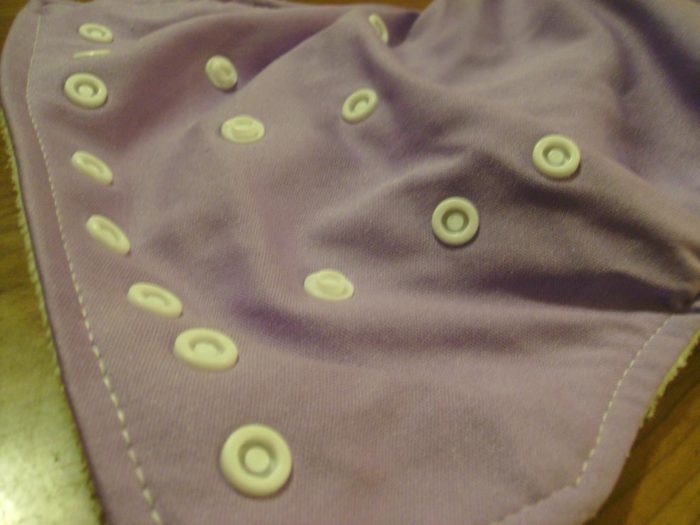 I have heard that Baby City

diapers have a habit of either lasting a long time – as any high-quality cloth diaper would – or delaminating right away, and that you can expect up to a third of them to delaminate. Indeed, that has been our exact experience.

After using my first Baby City diaper for several weeks, I decided to go back to ebay and see if I could find any diapers sans doublers/inserts. I ended up buying two for less than $2.00 each. Before I received them, my first diaper delaminated, causing me to regret my three-and-a-half dollar purchase, but I’ve been using the two new diapers for over two months now and absolutely love them!

If you’re a parent on a budget who is considering Baby City diapers, I say go for it!

A lot of ten diapers with inserts sells for $33 dollars on eBay. That’s $3.33 each. (This Seller usually has a good selection of diapers) Smarti Pants cost $12 each if you buy them in a lot of 24. Fuzzibunz

, one of the most popular brands, from what I can find cost $18-22 each. Granted, their inserts are much, much better (I think the fuzzies actually come with two inserts), but if you pay $3 per extra microfiber insert

for the Baby Citys, you still come out way ahead. You could also supplement with a package of prefolds

to go even cheaper, doubling up on the original inserts for half of the diapers, and using better quality for the other half, which is basically what I do. (You can check out this post to see how I stuff my diapers.)

What do you think? Have you ever tried Baby City diapers?

P.S. this is not a sponsored post, the sole purpose of this review is to provide information that might be helpful to other parents considering cloth diapers