Oh my goodness you guys.

We somehow managed to end up with a boatload of apples and corn tortillas at the same time a few weeks ago, so as you can imagine, we’ve been eating a lot of Mexican food, and apple desserts.

But with this recipe, we combined the two, and came up with something lovely – apple pie quesadillas. 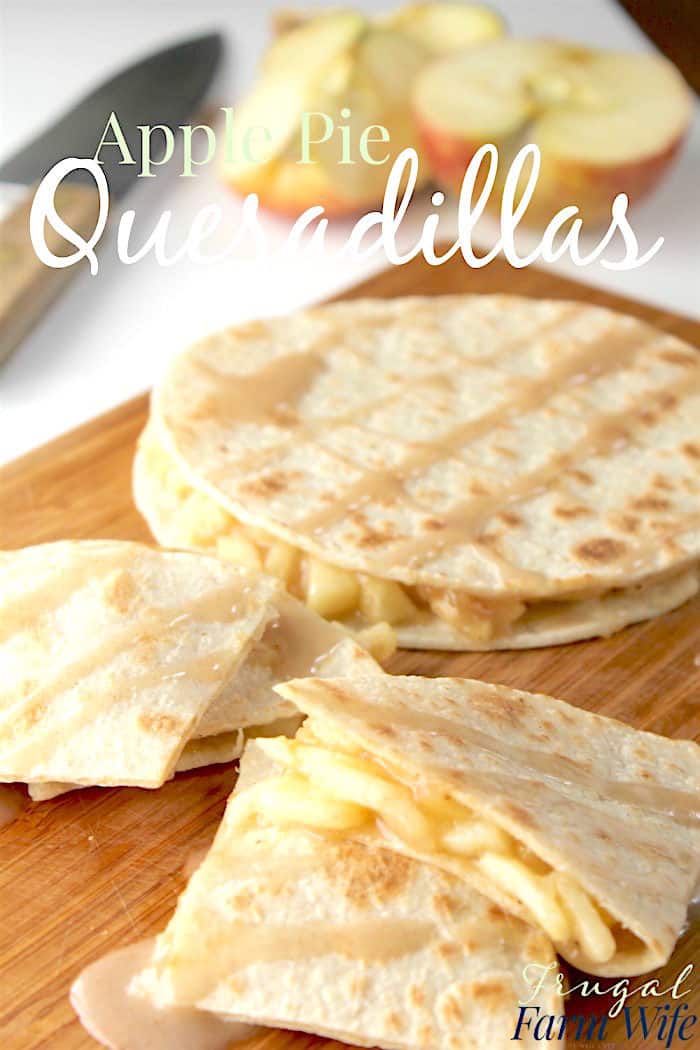 Spice-rich apple pie filling inside a toasted crust, and drizzled with cinnamon-sugar glaze.

I don’t often like messy food, but after one bite, I knew that these babies were worth getting messy for!

I probably shouldn’t admit this, but I didn’t leave a lot of the first batch for the kids and Gabe to sample and had to make a second just for them. oooooops.

Using canned apple pie filling is a great way to turn this into a quick and easy dessert, but if you have the time, I urge you to make this filling recipe, because it. is. good. So good.

Not a bad way to make use of apples by the boatload! 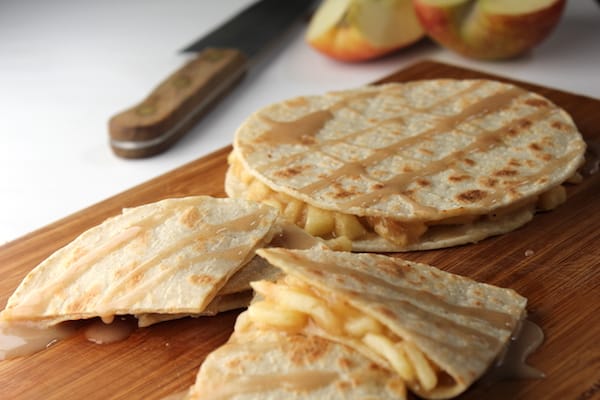