You are here: Home / Family / Why We Stopped Buying Toys For Our Kids

Have you ever walked down the toy isle of your favorite store, with your jaw dragging the floor over the prices you see?

That’s me. Ever since having children, I have LOVED the toy isle. It’s so fun to go see all the toys that you think your kids would love, and imagine them playing with them.

But I’ve also hated it. Who knew simple toys could be so expensive? 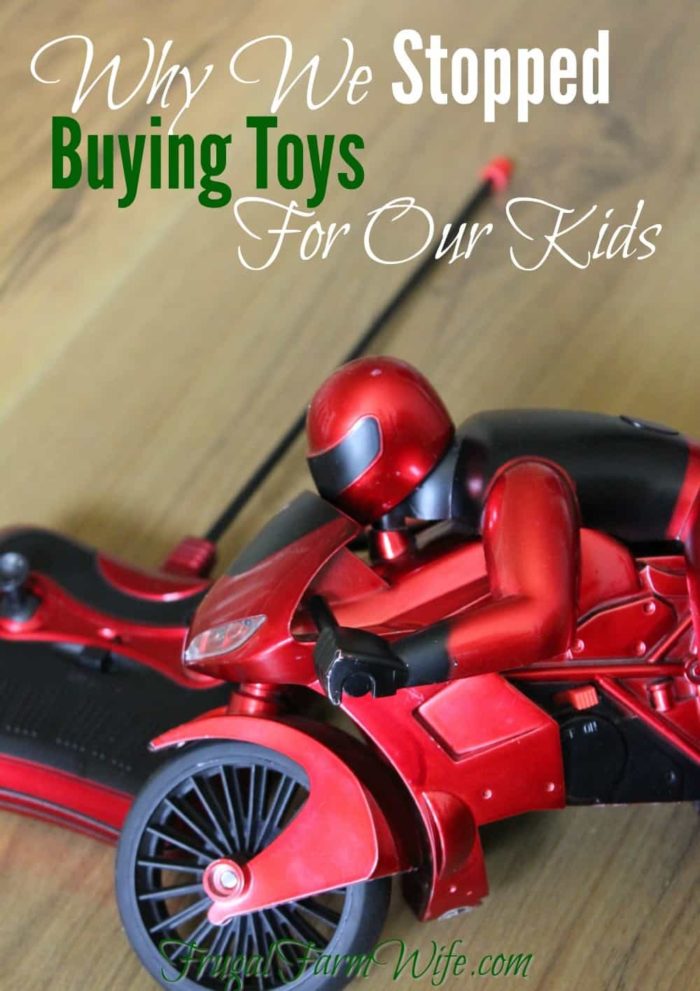 As you know, we’ve have sometimes struggled with having sufficient income to pay our bills, let alone buy extra toys. But that doesn’t seem to stop the urge to give your kids EVERYTHING. 😉 So it’s nice that we can afford to get them the odd toy now and then.

But I’ve learned something recently that has kind of set me straight: I don’t need to buy toys for my kids!

When I give my kids toys, they simply feel like being given toys is part of life – something that they’re entitled to – and they ask for more toys. There are never enough toys to satisfy them, and going down the toy isle at Walmart becomes a huge hassle with kids incessantly as “can I have that? Oh, can I have that too?”

It’s all so bright and shiny, a kid can hardly be blamed.

It was my own fault though, and I realized my mistake one day, after Garrett had asked (for the thousandth time) if he could have a remote control truck. Now I’d rather my kids had more open-ended toys like legos, and I don’t like remote controlled toys, because they eat batteries, and break easily, so I didn’t want to buy him a truck.

But Garrett didn’t relent, so we settled on an alternative. I don’t know why we hadn’t thought of it before. I guess I just thought he was too little – but he’s not!

It’s really simple: Garrett would do chores that we would pay him for, and he would save his money to buy his own toys.

This solution has worked brilliantly! It took a few days for him to really comprehend what was going on, and since his desired toy had such a steep price tag (for such a little boy), he got a little frustrated with how long it took to save up for it, but now, when we go down the toy isle, instead of begging for a toy, he asks how much it costs (and if that’s more money than he has ;)).

Not only that, but Garrett has turned into a much more willing helper around the house – even when he’s not getting paid! 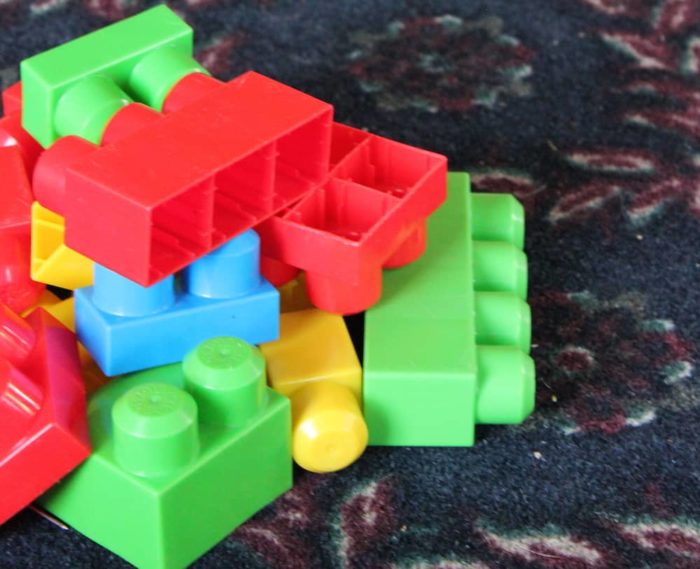 Here’s what earning his own money to pay for his toys has taught Garrett:

Why We Stopped Buying Toys For Our Kids

I know some of you are shaking your head at this point, and maybe feeling a little bit sorry for my kids, but I assure you, they have plenty of toys, and I think they’ll be all the more excited on their birthdays when mommy does buy them toys.

After all, rarity makes a thing precious!