You are here: Home / Live Well / Cloth Diapering / The Number One Reason Why I Love Cloth Diapers

There are a lot of good reasons to use cloth diapers.

Probably the one you hear most often is the Eco-friendly aspect. After all, once a paper diaper hits the landfill, they take (as I recall) an estimated 300 years to decompose.

But honestly, while it’s nice to be able to pat myself on the back for doing good, as someone who doesn’t live right next to a landfill, the Eco-friendly aspect is a little far off to be really motivating.

No, the big reason I cloth diaper is vey simple: it’s low stress.

Isn’t that ironic? How many mothers do I know who paper diaper for exactly the same reason? But hear me out.

What I’m saying is that I don’t have any pressure to potty train early, because its not costing me money to keep using diapers.

I don’t feel guilty when I change a diaper, or buy yet another package of disposables.

On the one hand, the spouse who is the primary breadwinner wants to potty train the kids early so they can quit spending so much on diapers, while the primary Child care-taker feels that the child isn’t ready, or that they’re not ready to put such a huge task on their plate.

And that resentment sums up exactly why I love cloth diapers so much.

Nobody’s going to quibble about spending $5 every couple months on laundry detergent.

P.S. You have no idea how hard it is to get a 13-month-old to stand still for diaper pictures.

Does potty training frustrate the daylights out of you? It doesn’t have to! Check out this fabulous eBook by Becky Mansfield on How to Potty Train In A Weekend!

While I didn’t follow this method exactly, I did use some or the principles, and I think it can be customized to fit the needs of almost anyone! 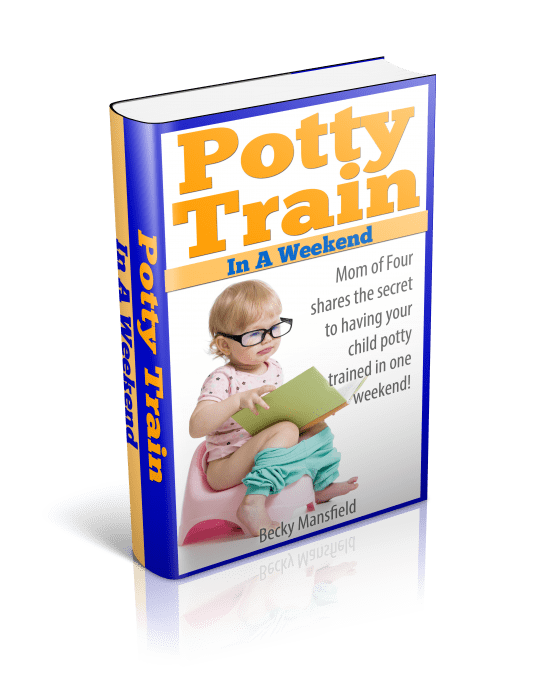