If you’re like me, you’ve always been a little bit intimidated by the Proverbs 31, even while loving her to pieces.

It’s easy to read it over and over, lamenting the fact that you’re nothing like her, and probably never will be. 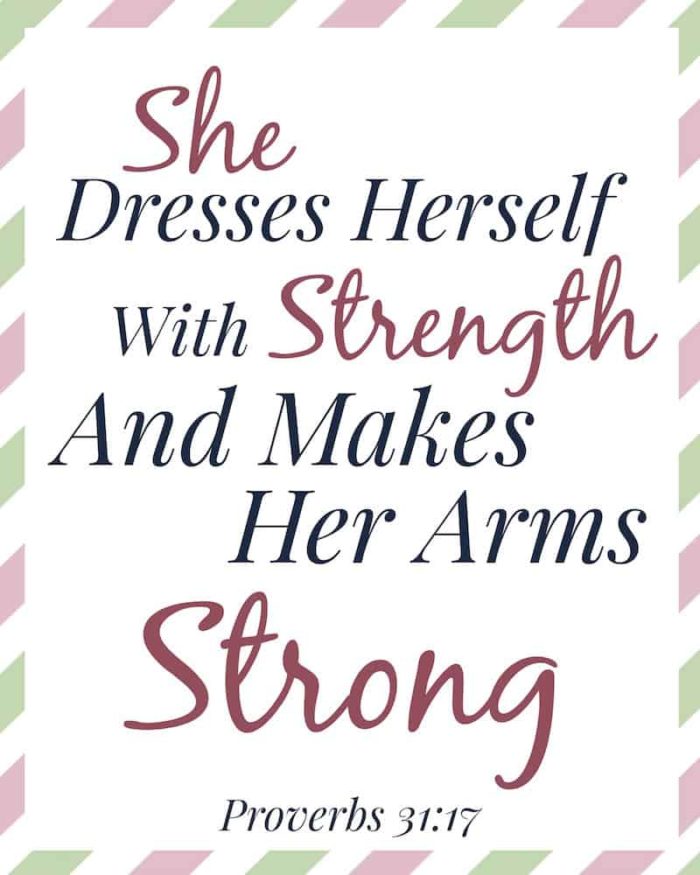 But in recent years, it’s become the most inspiring thing I’ve ever read.

She’s the woman I want to be.

After a lifetime of struggling with the ingrained notion that women are weak, and fragile, I read Proverbs 31, and see a woman who is strong and capable.

Far from frittering away at a side gig, adding a few pennies to her bank account here and there, she was buying and selling land. She had people in her employ. And she is secure.

Interestingly though for years, I kind of skimmed over verse seventeen, and I think most people do.

It doesn’t fit our version of femininity.

Going from an Amish community as a teenager, straight to the white skirts version of femininity, nobody wanted to think about women as people who worked to make themselves strong. 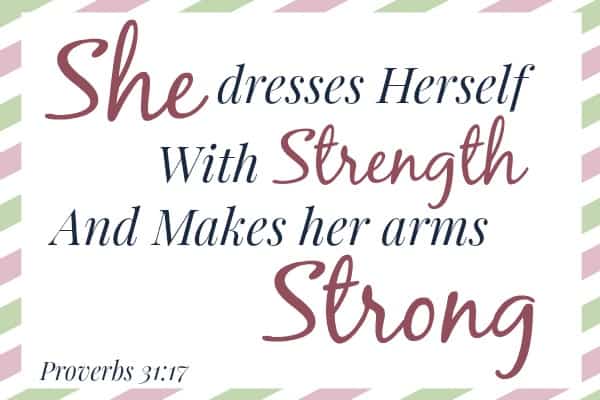 Let’s face it. Women bench pressing isn’t the most feminine thing you’ve ever seen. But it says right there in the second half of verse seventeen that “she makes her arms strong”.

So maybe we should adjust our perception of femininity just a little bit.

Some versions say that “she strengthens her back and arms”.

I’d really like to memorize the entire passage of Proverbs 31, but for now, I’ll stick with this one verse, because I think it captures the essence of the strong, capable woman.

And while I’m at it, you can bet I’m working on my arm strength as well. 😉

Here are the links to download printable versions of this verse: