You are here: Home / Save Money / How to Keep Your Family From Killing Your Grocery Budget

Every couple weeks when I go shopping, I pick up a stack of corn tostadas for my daughter.

What’s funny is that a few months ago, I had never bought a package of tostadas in my life, but when some friends started sharing a homemade crunch wrap supreme recipe in our Facebook group, I bought them so I could make my own – I just had to try it! 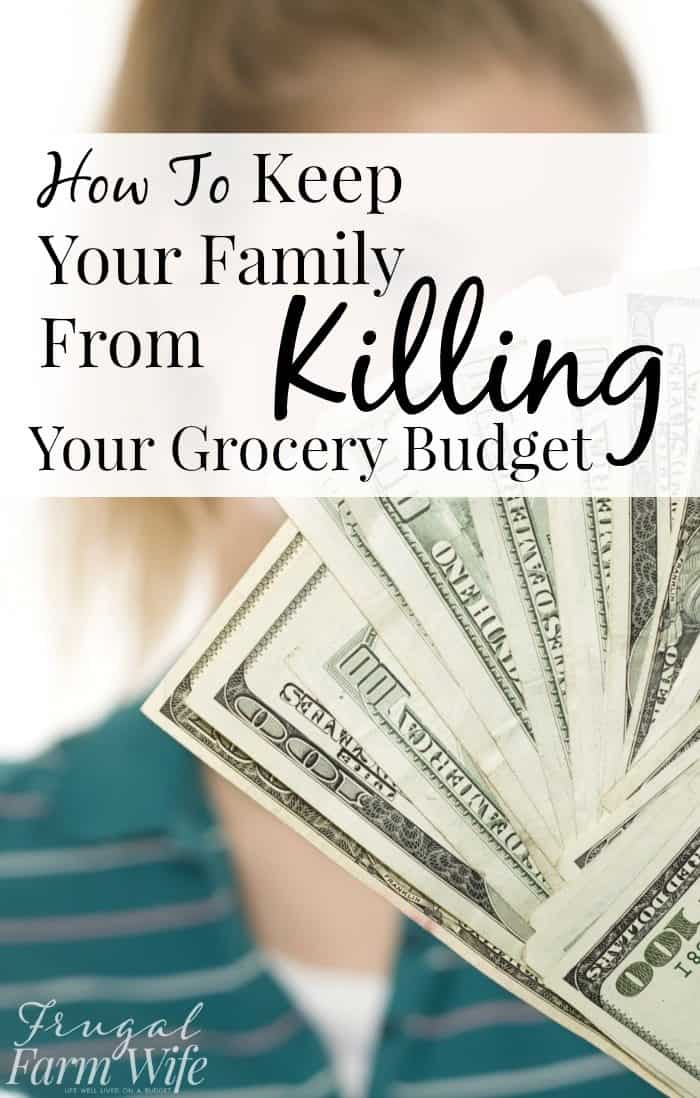 Little did I know that doing so would wake the tostada monster within my four-year-old.

She was never crazy about Mexican-themed meals before, but something about sour cream spread on a crispy corn chip, and sprinkled with cheese and taco meat really lights her fire.

She would eat them every day if I let her, but I limit them to once a week or so, because, while tostadas aren’t the most expensive thing in the world, things like that add up after a while and wreck your budget.

Here’s the thing; children (and sometimes even spouses,) don’t understand how their whims impact your budget.

They like it, they see it, they want it. That’s all they know.

Most of the time we see this with kids and snack foods, and men with red meat, – that one is a particularly good example; a cheap steak easily costs $5/lb, whereas really good chicken breasts cost half that. It’s all protein, but the dude wants red meat, and it doesn’t occur to him that buying it might wreck your budget (I’m not disparaging men btw, I’ve just found that most often, they aren’t in tune with the price/fullness factor equation).

Tip: Read How To Get The Best Prices On Meat

So what do you do? 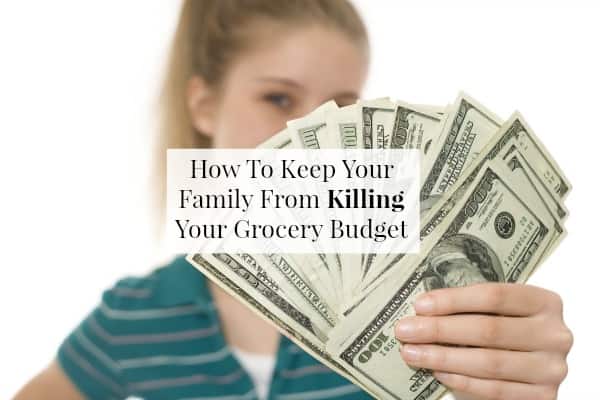 Here are a few ideas that might keep your family from wrecking your grocery budget:

It doesn’t hurt them to know how money and budgets work. While I’m very careful to word things in an abundance mindset – I don’t ever want them to feel like we’re just pitiful poor people because we can’t buy whatever whenever we want to, I do make it clear that we have a budget, and that we don’t just spend money willy-nilly because we want something.

It doesn’t hurt them to know we’re on a budget, and it’s not embarrassing if they tell their friends “we don’t have the money for that”.

Even with all that, kids often don’t really “get it”, and you just have to put your foot down and say “no”. You’re the parent after all. It might make them grumpy for a minute or two, but they’ll get over it. Because in the end, the only person who can enforce your budget is you.

Just remember that nothing we do will ever be perfect. Life, relationships, budgets – all of it – will always be a balancing act. Just do your best, and give yourself grace when it doesn’t work out, and also, no, your husband isn’t the only guy who wants to eat red meat all the time. 😉