You are here: Home / DIY / How To Make Edible Play dough

Garrett has been asking if we can make playdough for over a week now, but I’ve been putting him off because, even though it’s one of my favorite indoor toddler activities, his sister is going through a stage where she wants to eat everything (and climb, and dump, and throw, and… you get the idea), and I just really didn’t want to mess with it. 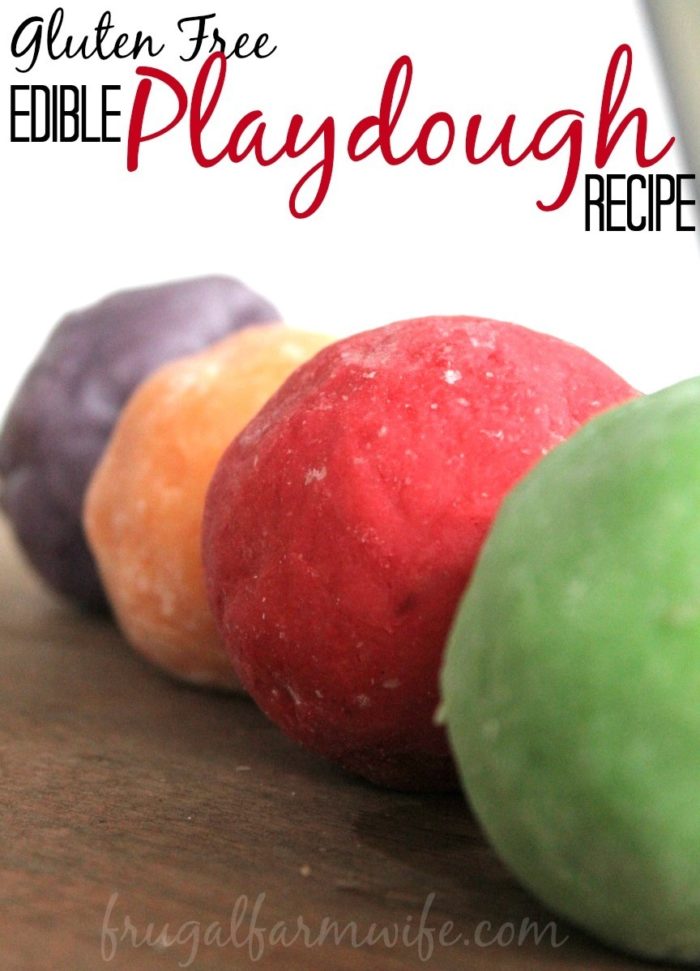 But if you spend enough time on Pinterest, you eventually see an edible playdough recipe scroll through your feed.

The problem is… okay, there were two problems really.

The first one was that many of the were filled to the brim with sugar. While I do want to make edible playdough, I don’t want to make peanut butter fudge or chocolate frosting for the kids to just wolf down and end up on a sugar high.

Then of course, the reasonably tasty, but not junk-foody playdough recipes weren’t gluten-free, and since the only gluten-free playdough I’ve ever made was cornstarch and baking soda playdough (which is really awesome – as long as you don’t want to eat it), I wasn’t sure how one of these edible recipes would turn out. 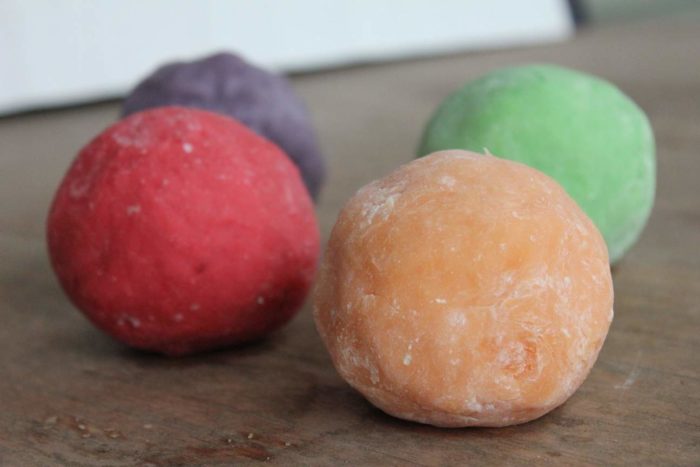 Well, the first batch (the purple ball) had some issues. I thought at first that it wasn’t going to be moldable at all, but once it cooled off and we worked with it a bit, it (mostly) came around. Still, I don’t really recommend using only cornstarch for your flour.

By the fourth batch, we determined that a mix of half flour, half cornstarch was just about perfect, Not too rubbery, but not too mushy. 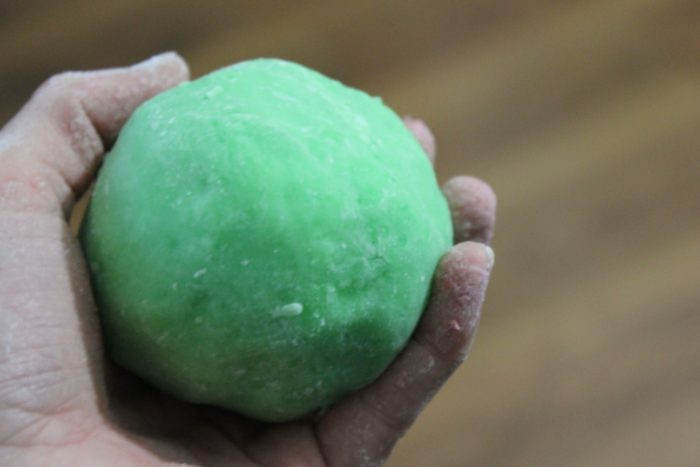 Edible playdough is more rubbery than traditional playdough thanks to the nature of gelatin, which, thankfully, means it doesn’t stick to things as readily.

The kids played and played (and ate, and ate) this stuff. Thankfully, Garrett’s still at the stage in life where even just getting to cut playdough with a butter knife is thrilling, and didn’t notice that I have no idea what has happened to all our playdough toys. Did they get left at the old house? Did they fall off the truck during the drive? Are they buried in storage? Who know! We may never see them again. But we still had fun! 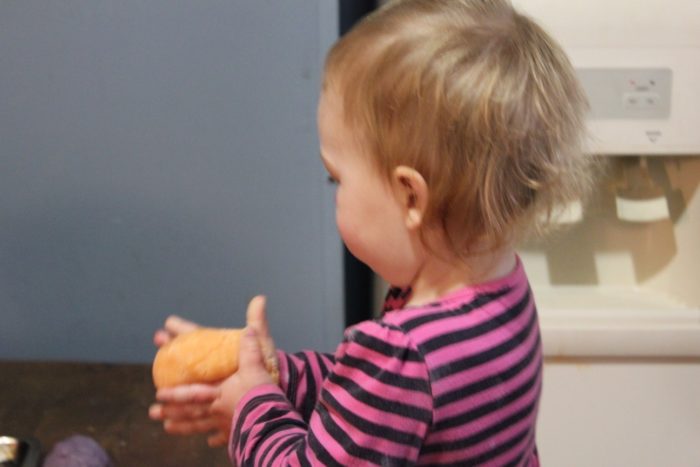 How To Make Edible Play dough 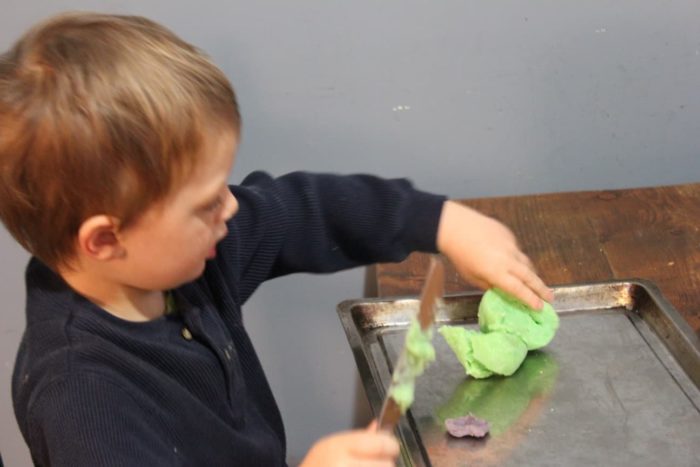 Something I think you’ll love about this edible playdough recipe is that it doesn’t dry out nearly as fast as traditional playdough. Yay!