Have you ever tried making your own deodorant? This homemade summer deodorant recipe is easy, and incredibly effective whether it’s your first time, or thousandth. 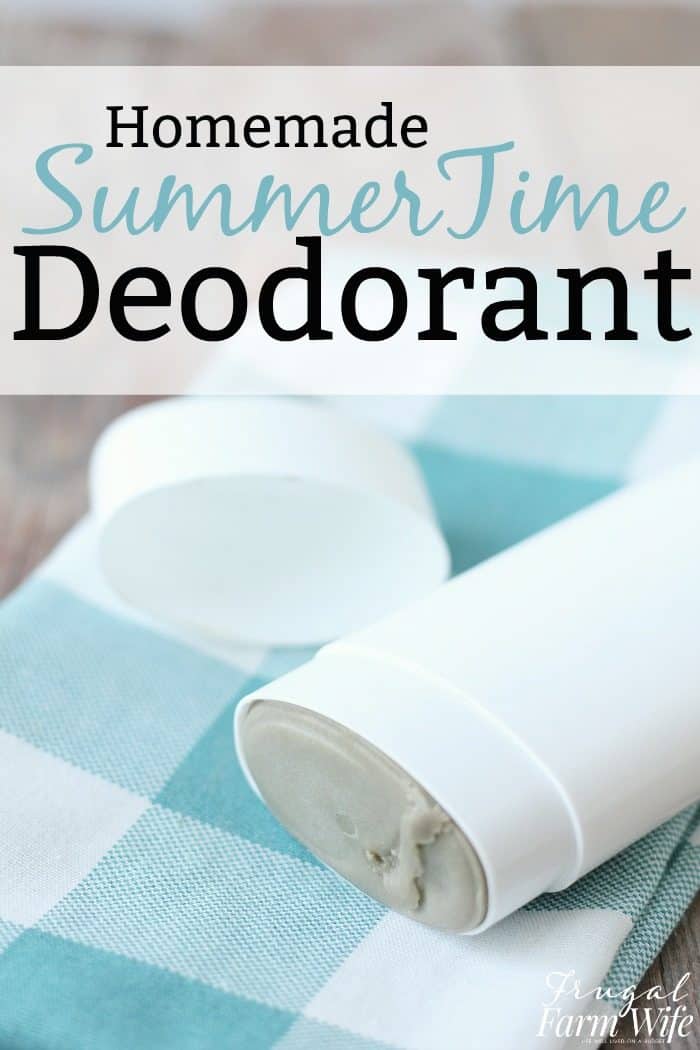 Several years ago, after doing a some research on what happens when you consistently rub aluminum – the critical ingredient in antiperspirants – into sensitive areas of your skin, I decided to wean myself off of anti-perspirants.

At first, I’ll admit it wasn’t fun, but as crazy as it sounds, you can train your body to produce less underarm sweat.

Actually, that’s not really what happens. See, when you spend years – decades even – clogging up your lymph drainage system with toxic junk, your body starts over-producing in an effort to do it’s job – drain the lymph system – despite your efforts to stop it.

so when you stop wearing that anti-perspirant deodorant every day, your body is still in overdrive, working madly to clean out the junk you’ve put in it on top of doing its normal job.

After a while, it gets a handle on things and slows down. Way down. 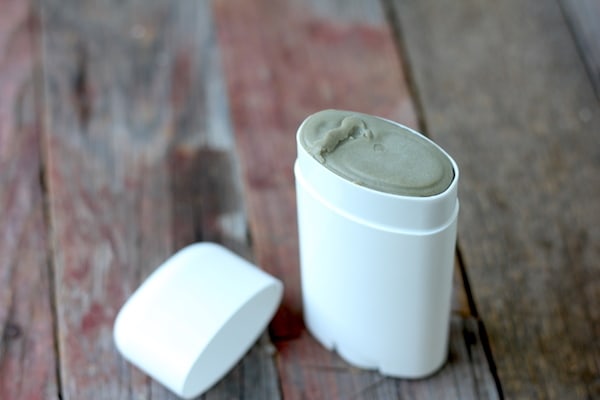 I can attest to this, because while yes, I sweat like a normal human being, I don’t sweat they way did when I first stopped using conventional anti-perspirant deodorant.

I also, and I’m sorry if this is TMI language here, but I don’t stink like I once did either.

At first I found myself applying natural or homemade deodorant as much as three times a day, but now, I just do it after a shower.

So if you’re new to homemade deodorant, or have tried it and decided it doesn’t work for you, please do me a favor and give it a couple weeks. You’ll be surprised! And I say this as someone who runs 3-4 times a week, and goes to the gym on my off days (in other words, I sweat a lot!).

Most of the homemade deodorant recipes you’ll find on the internet are baking soda based. Baking soda does a great job of eliminating stink, and it makes a great deodorant if you can tolerate it. 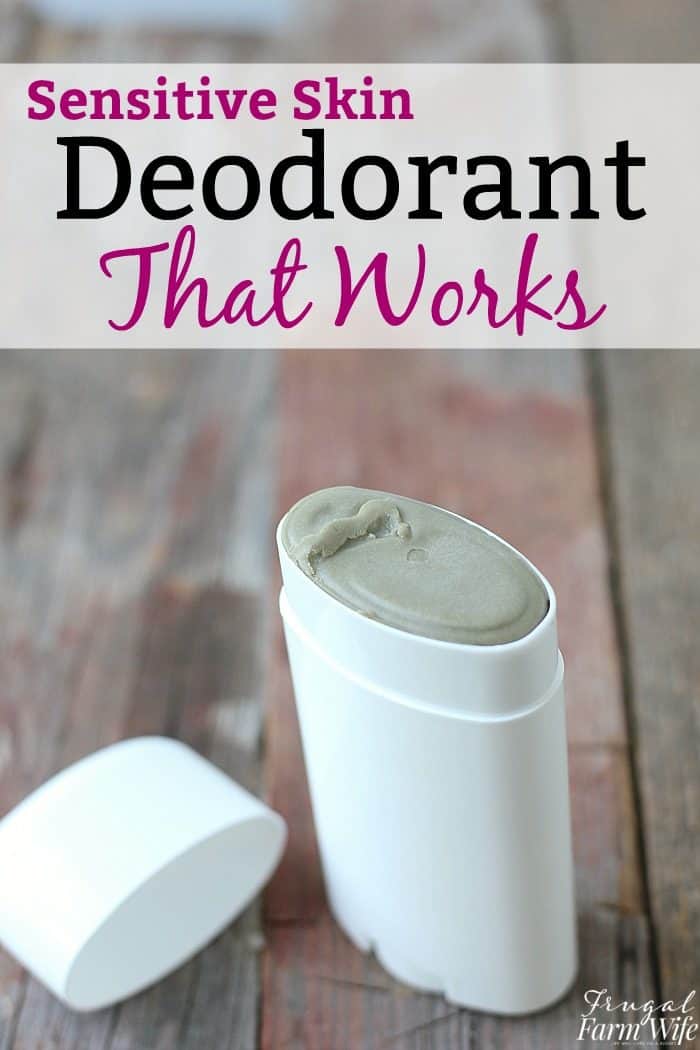 However, for some of us, after a while, its abrasiveness starts to irritate that aforementioned sensitive skin on our underarms, and believe me when I say it’s not the greatest thing ever.

So I’ve moved to more of an essential oil based deodorant.

Plus of course, the beeswax which keeps if from melting in my 85º bathroom (no joke). I don’t know about you, but I for one, can’t remember to get my deodorant out of the fridge before I head to the bathroom for my shower, so beeswax it is for my deodorant.

I love this deodorant, but at the same time, I know that not everybody has aztec clay in their pantry (you can get it in two days with Amazon Prime though!), so if you can tolerate baking soda, I highly recommend trying this recipe, which you probably already have ingredients for!