I love peanut butter – maybe a little too much in fact. Not eating it takes effort for me, as crazy as it sounds.

But I still keep a little bit of natural, no sugar added peanut butter on hand for the kids to put on their apples and bananas. 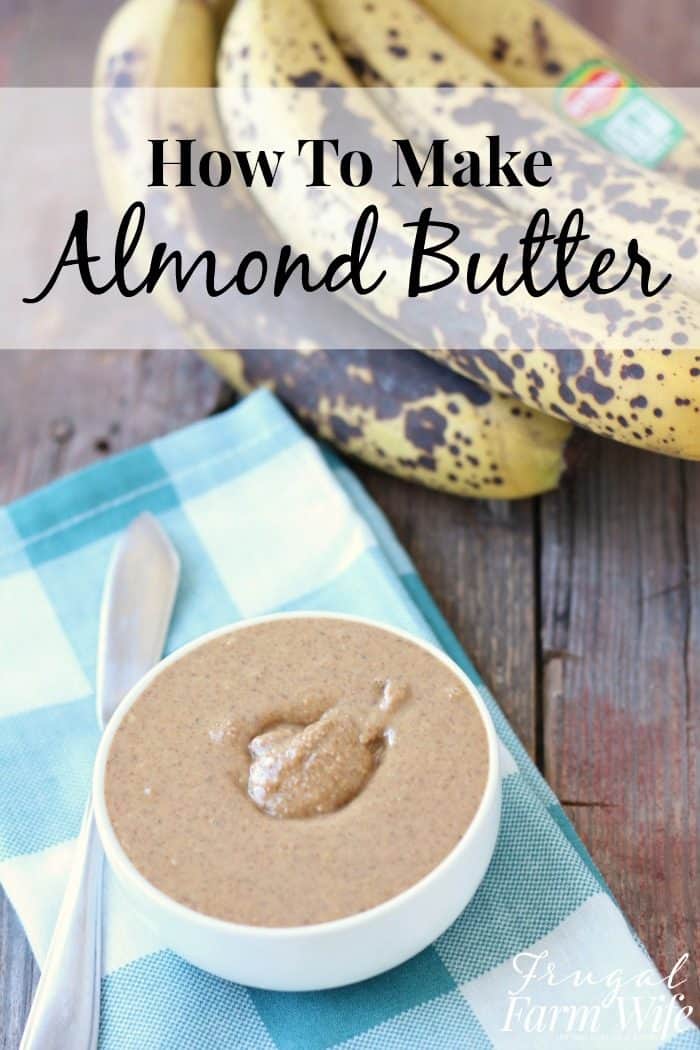 But with the Whole30 last month, the peanut butter had to go, which was a problem, because the kids were going to need calories from somewhere.

So I decided to just suck it up, and buy some almond butter despite it being twice or more, the price of peanut butter.

I did some research online, went to two stores… and ended up empty  handed.

Turns out I couldn’t suck it up that much.

Instead, I ordered a 5lb bag of almonds from Amazon, and tried my hand at making almond butter myself.

I won’t lie, my first batch was a disaster.

I tried soaking and dehydrating my almonds to make them easier to digest, and then I blended them in my Ninja blender, which basically just sits in the cupboard collecting dust because I never use it. But I thought almonds might be a bit much for my little food processor, so I pulled it out. 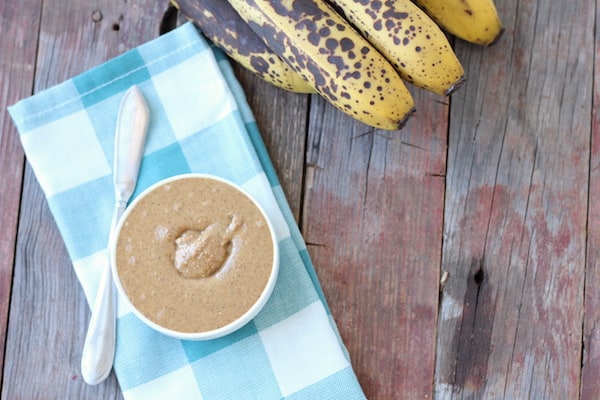 After 20 minutes of blending, and scraping down the sides what seemed like a million times, all we got was paste. It was oddly addictive paste, and we put it on our apples anyway, but it certainly wasn’t almond butter.

After that, it took me some time to work up the courage to make another batch. But when I did, I roasted the almonds first after reading that roasted, still-warm almonds would blend faster, and then I used, you guessed it, my little old food processor.

And we had almond butter in two minutes flat. piece of cake!

Here’s the big thing you need to know about making your almond butter: It is incredibly stiff after it cools off unless you add extra oil.

We don’t mind ours thick, and only add a tablespoon or so of olive oil. However, if you’re a fan of thinner butter, adding a little more light tasting olive oil won’t hurt a thing!

Knowing that almond butter is so easy to make might make it just as dangerous as peanut butter for me, but it was sure a life saver for the kid’s snacks during our whole30!