And the kids heard me, and it was all “Doughnuts? Doughnuts, doughnuts DOUGHNUTS!!!” after that. 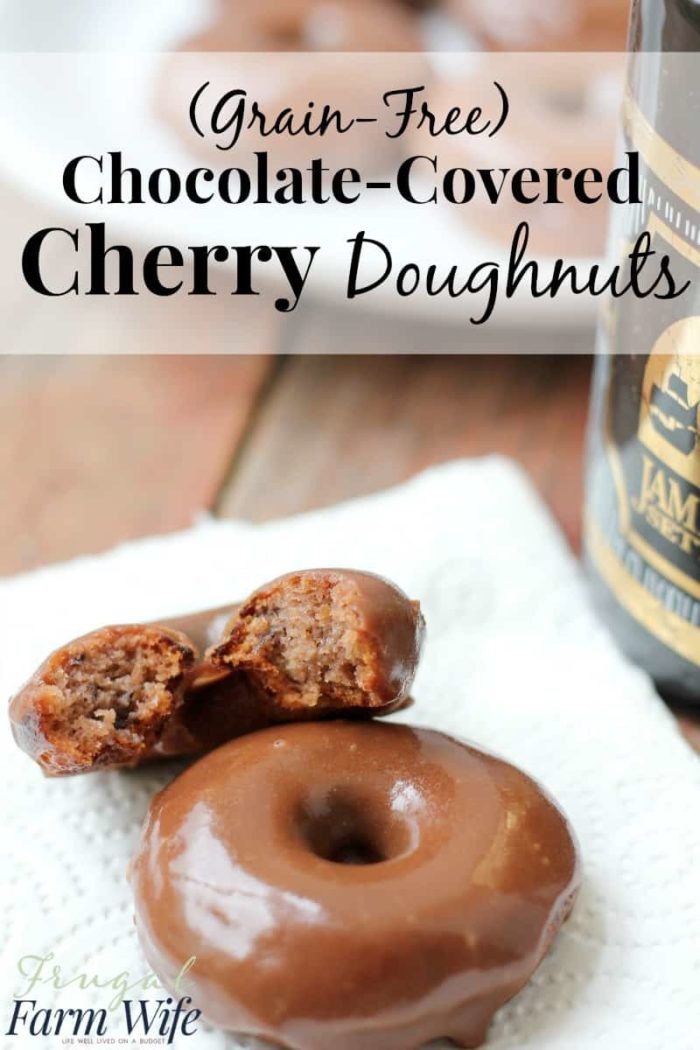 Not that it’s hard to talk me not making doughnuts. I LOVE making doughnuts ever since Gabe’s cousin gave him an electric doughnut iron. It’s just. so. easy. And fast – as you know if you’ve ever made the gluten-free banana chocolate doughnuts, or blueberry-lemon baked doughnuts.

I’ve been wanting to try making grain-free doughnuts with coconut flour for a while, but Garrett had had eggs removed from his diet for awhile, and I couldn’t figure out a way to make them both grain-free and egg-free. Luckily for him, National Doughnut Day just happened to coincide with the day we let Garrett have a bit of egg. 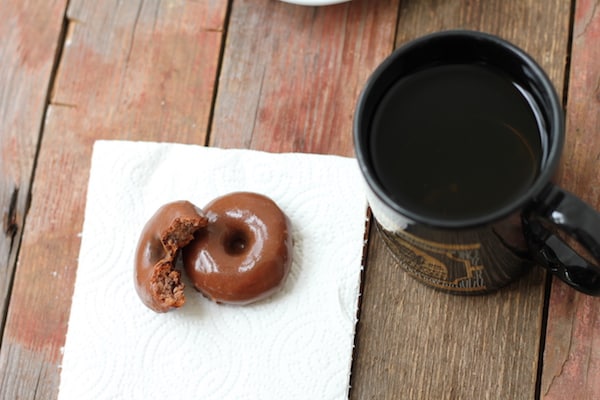 So why not let him have the egg in a doughnut?

Made sense to me. And I couldn’t be happier with the result.

I love using coconut flour in baked goods because it gives them a delightful lightness, and unlike a lot of gluten-free baked goods, they’re just as yummy cold as fresh.

And these doughnuts did not disappoint! The slightly tart cherry flavor, and the chocolate work together seamlessly to make one of the most delicious treats you will ever make! 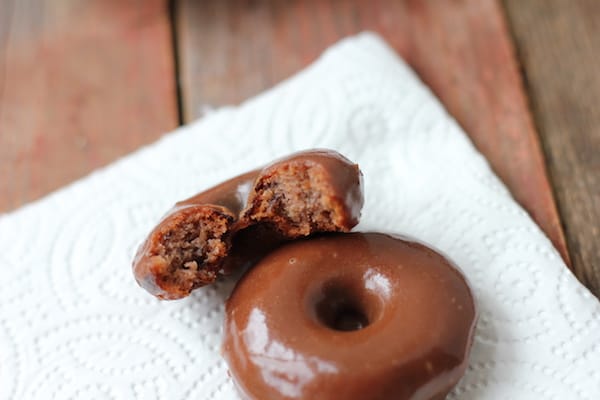 A few notes about this recipe:

I used coconut oil in the icing so it would firm up when chilled, but also be thin enough to dip doughnut in, making the icing process super easy.

If you don’t care for the taste of coconut in your chocolate, feel free to use expeller pressed coconut oil, which is tasteless, in place of the virgin oil.