Sometimes, I get stuck in a rut of making the same dinners over and over again. That may sound absurd given the number of gluten-free recipes in my life, but it’s true nonetheless.

This gluten-free gnocchi recipe is me breaking out of the funk. This is my first experience with making gnocchi, which is weird because I love potatoes and pasta both, so it was a no brainer that I’d like it. 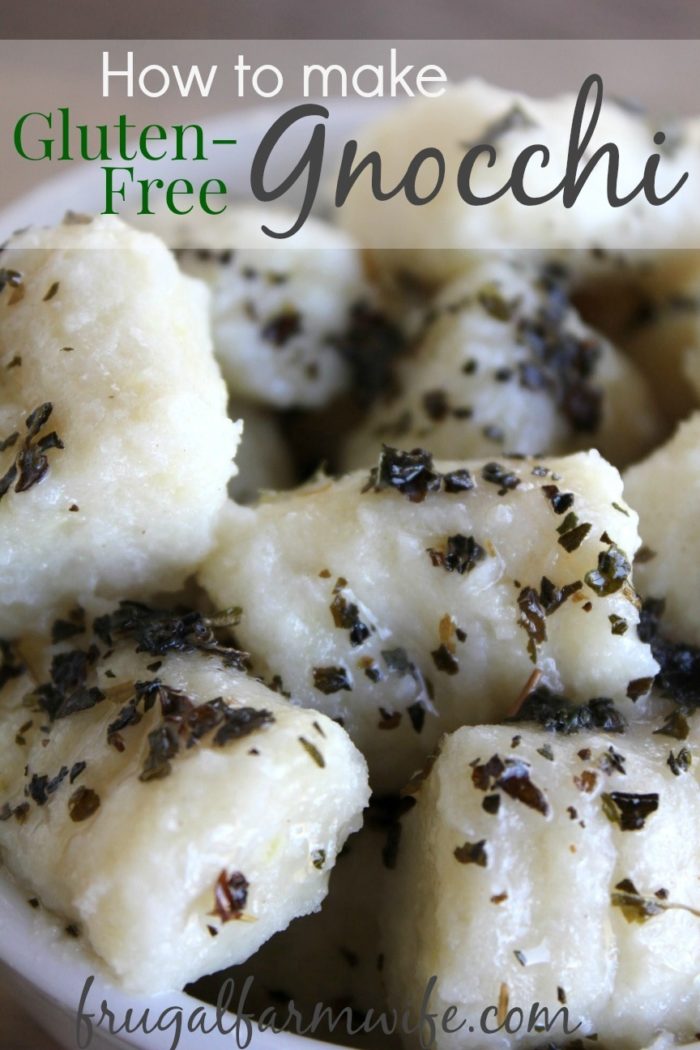 Making gluten-free gnocchi isn’t really any different than it’s mainstream counterpart, but there are a few tips that you want to make extra sure to follow because frankly, gluten-free flour isn’t as forgiving as wheat.

Boil your potatoes whole, and unpeeled. Don’t poke them! This keeps the potato from absorbing too much water as it cooks. Some folks swear by baking the potatoes rather than boiling, but I haven’t tried it, so I can’t say whether it’s really better or not.

Don’t overcook the potatoes. Overcooking will make them soggy, and break down some of the starch.

Use starchy potatoes. Russets are perfect for this recipe!

Don’t overwork your dough. This can make the gnocchi tough and rubbery.

Beyond that, making gnocchi is really quite easy, if a bit time consuming. If I were in a real hurry, I’d probably just make gluten-free egg noodles instead. 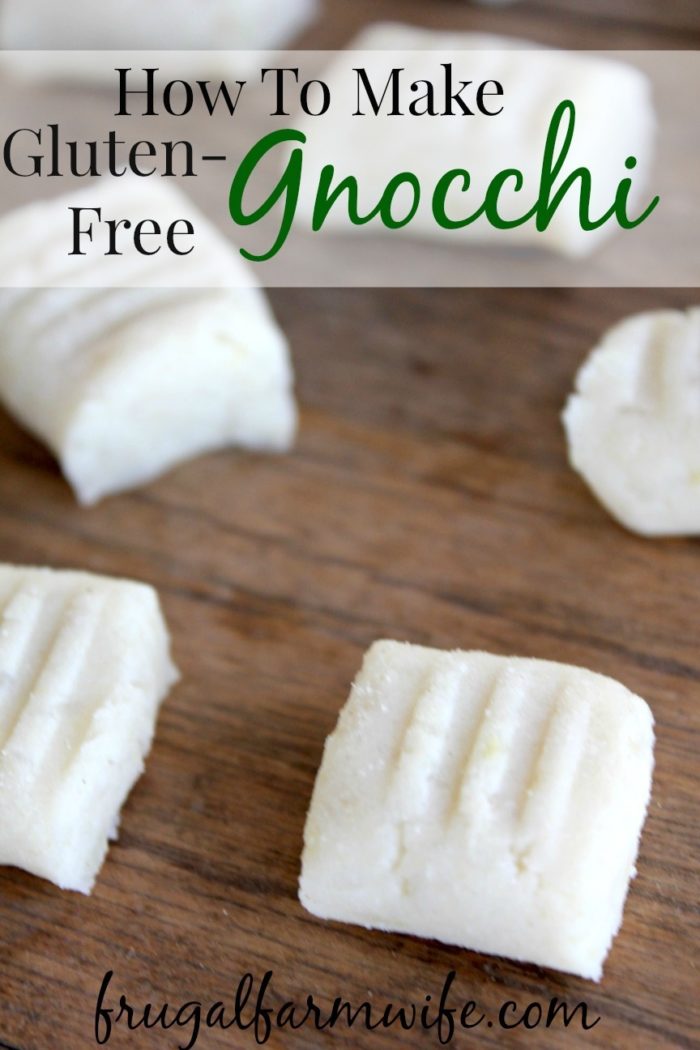 Guys, there are lots of detailed instructions out there going on about how you need to cover the pieces of dough that you’re not working on at the moment so they don’t dry out, but unless you’re planning on taking a loooong time rolling this stuff out, getting distracted, taking a break to change diapers, hang a load of laundry, and go for a walk, I feel like all those extra steps (and finding a clean towel) are completely unnecessary.

It took me a good, full ten minutes to roll and cut this gnocchi (partly because I kept stopping to take pictures), and at that point, no drying out had occurred. So I wouldn’t bother with it.

Maybe short cuts like this are why my food isn’t pretty as some other food blogger’s out there, but I like to think that I’m making real recipes for real people – busy people like me. They’re functional. 😉