Blueberry Crisp is one of the best gluten-free recipes ever.

My mom use to make apple crisp occasionally when we were kids and it was a big treat. We tried to get her to make it all the time, but there was something about spending half an afternoon peeling apples that didn’t appeal to her. Can’t imagine. 😉 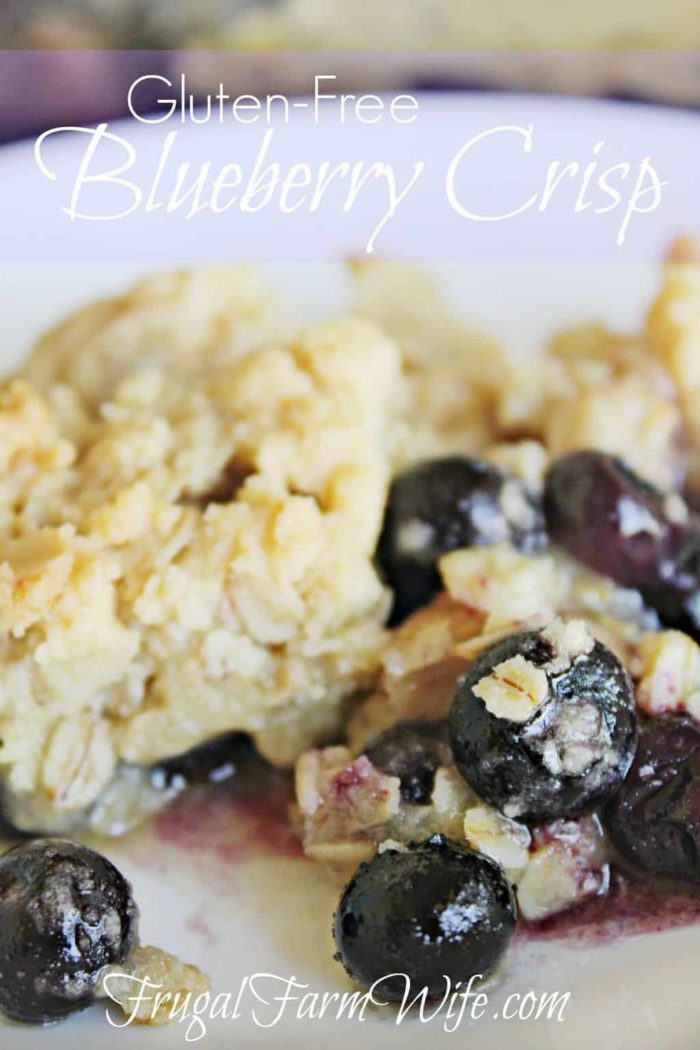 Eventually, years and years and years down the road, we realized that apples were just the tip of the ice berg when it came to fruit crisps. The possibilities are nearly limitless with the various fruits and fruit combinations, but blueberry crisp comes pretty close to tasting heaven.

The topping is, without doubt, the most versatile dessert base you’ll ever make, plus it’s really easy to make in large batches and freeze to have on hand for a quick dessert.

Completely aside from making blueberry crisp (or apple, or peach, or pear, or plum, or cherry…), it makes a great streusel topping for coffee cake and muffins. Yum! 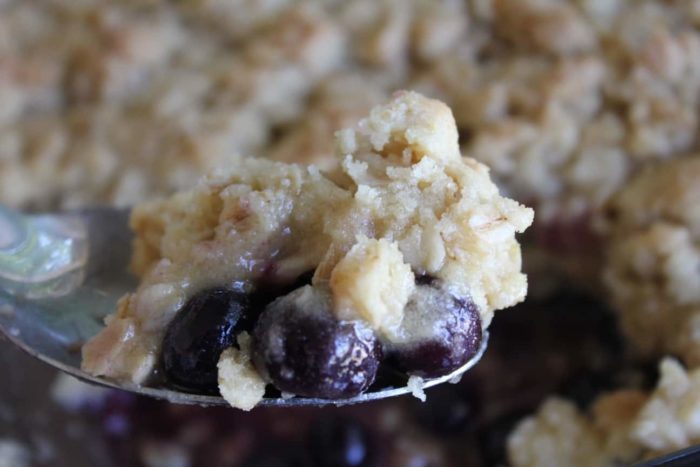 Tip: If using another fruit, you may want to add a complementary spice to the mix. For instance, use a teaspoon of cinnamon for apple crisp, or 1/2 teaspoon of cloves for peach.