You are here: Home / Save Money / Five Ways We Saved Money In June

The person who makes an extra $100 may have to pay certain costs associated with earning that money, such as the expense of committing to and from work an extra day, and will almost certainly have to pay taxes out of the extra earnings. It would not be all unusual for a worker who earned an additional $100 to net only about $65 after paying taxes and costs related to earning the extra money. On the other hand, if you cut your spending by $100, you will have the full $100 to show for it.

I came across this quote a few weeks ago, and thought it fit perfectly with what we’re trying to do here. Truthfully, it gave me a lot of encouragement. It’s easy to want to just throw in the towel sometimes, and go mainstream. Corporate jobs, credit cards, and daycare would be so cut and dry. So easy.

But once you pencil it out, it’s not as worthwhile as it first seems. A penny saved is much, much more than a penny earned today.

Also, daycare isn’t really an option for me. Ever. 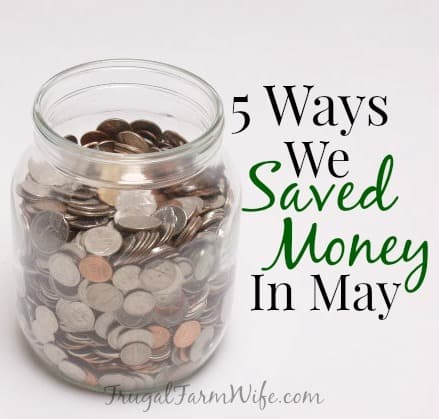 So, here are a few ways we saved money this month.

It really is encouraging to keep track of all the pennies saved throughout the month. they add up fast!