Need an easy idea for dinner? This one comes together with just a few minutes of prep time before going into the oven or slow cooker for a no-fuss meal, and goes great with pan fried sweet potatoes!

If I’m being honest, I have to admit that when it comes to meat, I stick mostly to chicken, and ground beef or pork. Meat cuts are just too fussy for me! 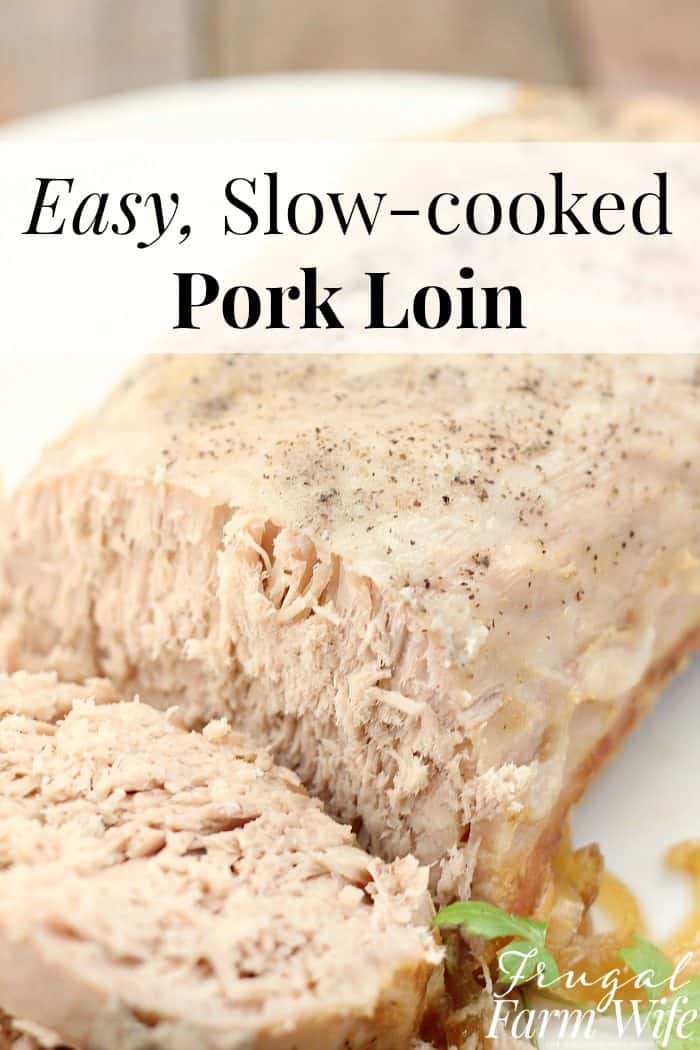 But as I’m also a huge fan of sales, and spending less of good food, when pork loin goes on sale for cheaper than either of my preferred meats, I can’t not pay attention.

And that’s the story of how we ended up with a hugemongous pork loin in our refrigerator a few weeks ago.

I promptly cut it in half and froze one section for later, but the other half? Well, I had to figure out something to do with it.

Since it was fairly lean, I knew I was going to have to be careful if I didn’t want to end up chewing porcine sawdust. Yuck!

So I decided to lay it on a bed of onions, garlic, and rosemary to infuse it with flavor, salt the top, and wrap it up tight in a foil packet before baking it. 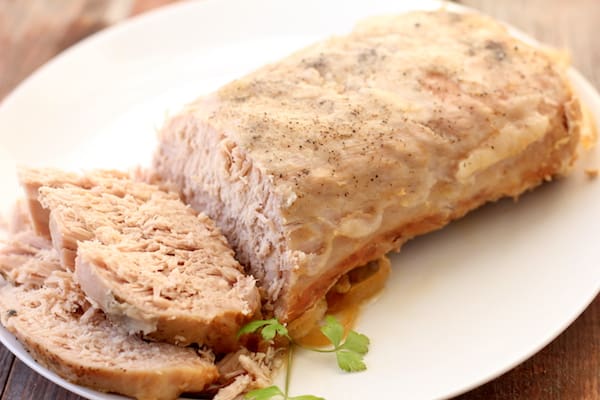 After wrapping it up, I stuck it in the crockpot instead of the oven, since I had to spend the afternoon running errands in town.

In case you’re wondering, I ended up taking the other half of the pork loin to our church potluck, and baking it as fast as I could in a hot oven during the service. And yup. it was dry.

I’ll stick to my foil packet and slow baking!