Need a treat you don’t feel guilty about? These coconut flour brownies, with juicy raspberries mixed in are your perfect solution! 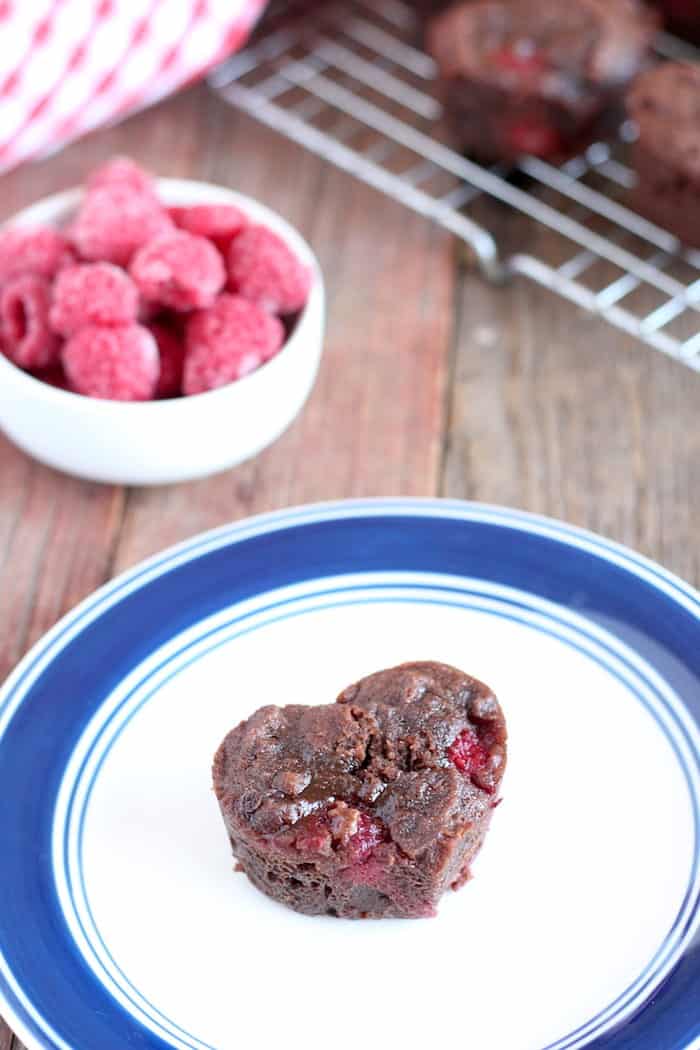 My kids love to help. I love that about them, but the problem is, I’m not a very patient person. So it’s a lot of effort for me.

Character building effort no doubt, and it’s good for me. But that doesn’t change the fact that it’s hard sometimes.

Hard to take a step back and let the kids do it, even if it’s going to make a mess. Hard to be inefficient after I’ve worked so hard for so many years to be more efficient.

But you know what? It’s worth it. Seeing the satisfaction of “I made this” on the kids faces when they bite down on something they helped with. 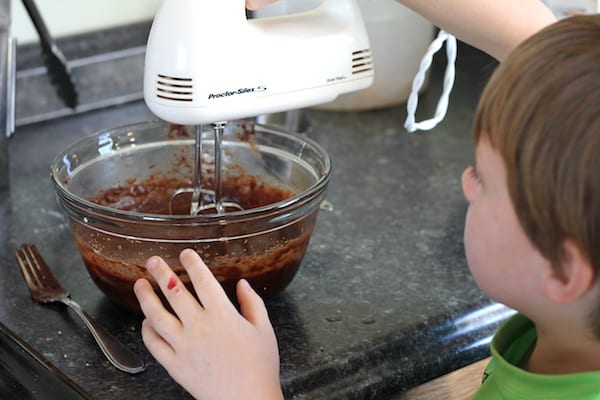 It’s worth having kids who feel like they’re doing something valuable for the family.

It’s true that I could do it faster and better on my own, but I hope that my efforts will pay off in capable children with good work ethics.

And maybe if I’m lucky, when they’re grown and have their own kids they’ll remember how much they adored being in the kitchen with mommy when they were little, and pay it forward to their own kids.

I won’t pretend to be 100% altruistic about it though. I’m also hoping that one day – soonish – they’ll be able to take over some of the household chores for me. 😉

As it is right now, we’re getting pretty good at stirring making easy recipes together – you know, the ones where all you have to do is stir a few ingredients together and pour them in a pan. I haven’t gotten brave enough to make something as gooey as healthy no-bake cookies with them though.

We found this heart-shaped cupcake pan at the dollar store a few days ago, and the kids have been ridiculously excited about making heart-shaped everything with it.

So we made these brownies. Similar to our black bean brownies, but simpler, essentially paleo brownies, with raspberries added for extra flavor bombs. 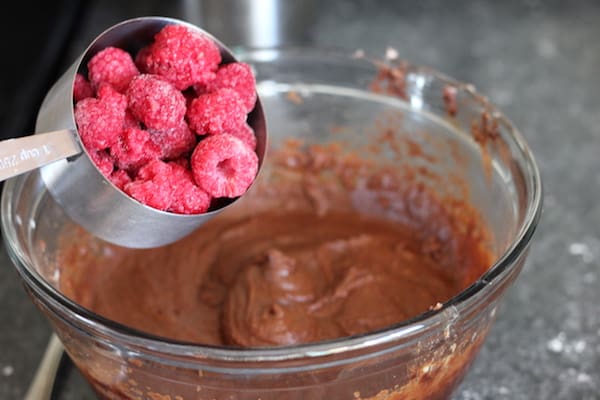 We absolutely love this recipe, and so does everyone we share it with, even getting comments like “you said this is healthy?!”

Yes ma’am, they’re grain-free, and sweetened with agave (or honey. These are my non-cheat cheat. A dessert that doesn’t pull me off track of my health goals.

Isn’t it awesome to be able to eat chocolate without feeling guilty? Yeah. It really is. 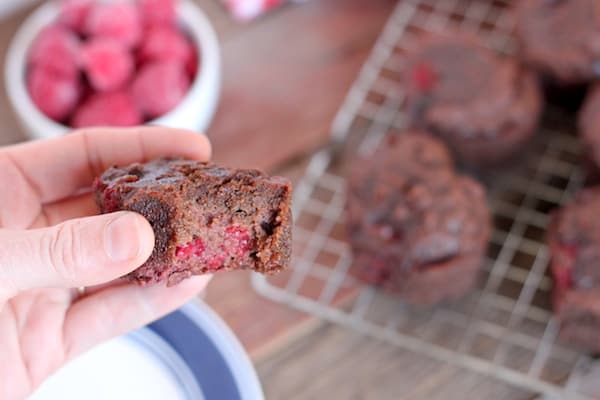 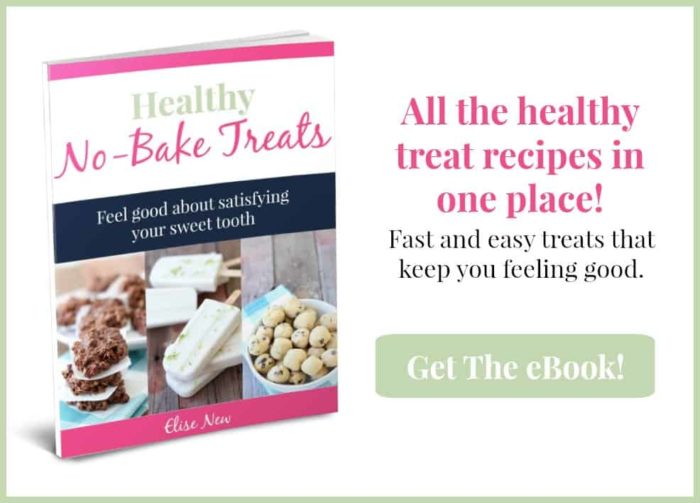