You are here: Home / Farm Life / Animals / A Time To Sell: Why We Sold Our Dairy Goats

I’ve written quite a lot about how much I love having dairy goats. They’re such a great addition to a small homestead. Ornery sure, but small, and easy to deal with on the whole, and they produce more than enough milk for one family. Perfect for me as a mom with small children whom I don’t want to end up under a cow’s hoof.

So it may be a bit of a shock when I tell you that we sold our goats. All of them. 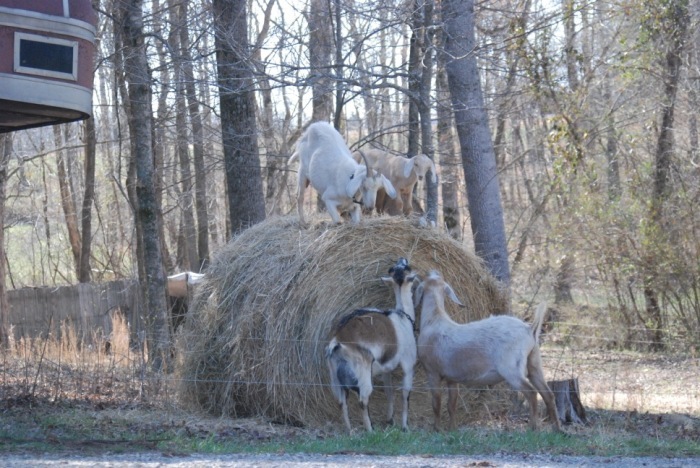 It was a decision that I wrestled with off and on all summer long. Ever since we made the decision to move to Texas, I wondered if taking my little herd along was the best idea.

The problem was, I loved my goats. I’d been working on collecting goats with just the right combination of characteristics. From spending months perusing internet ads, and making phone calls, to breeding the nannies already on the farm to just the right bucks. I didn’t want to give them up.

But in the end, the pros of keeping them, were outweighed by the cons, so I put up craigslist ads, and told myself that if they sold, they sold, and if they didn’t, I’d be happy to take them along. I had this rather brilliant strategy of putting the highest price on the animals I most wanted to keep. 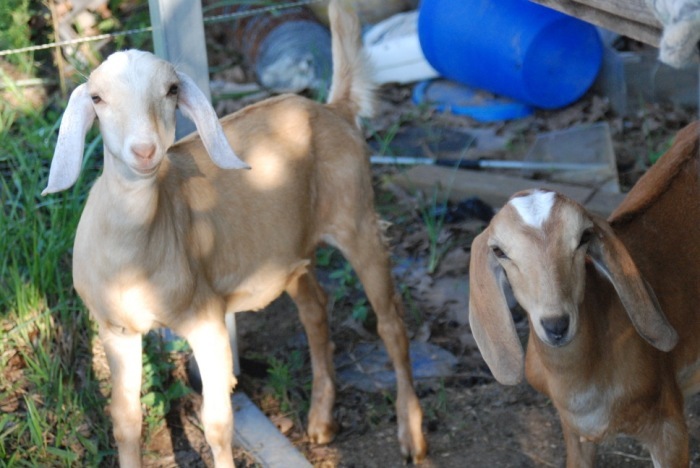 It didn’t work, they all sold. My consolation was that they all went to good homes.

You may be confused as to why moving would convince me to sell animals I loved, when such a small herd could have easily been taken down on the back of the pick-up truck in one trip. No need for even a trailer!

I do miss my goats, but I’m finding that I’m increasingly okay with this change,. Yes, part of that is because it has definitely been easier to go back and forth between states without having to set up baby-sitting for the goats.

The other part is because I’m beginning to think that maybe it’s time for a cow – yes, a cow. Hopefully a small one, like a mini Jersey perhaps, and not until we get settled of course.

If you’ve been watching the price of butter sky-rocket the way I have, you’ll already know a large part of my reasoning. You can make butter with goat milk – but not much of it, and I’d love to be able to make lots of grass-fed butter.

I also think my hard cheese-making attempts might be more successful with cow’s milk. Who knows?

One thing is for sure, we can’t really see past the next bend in the road, and I’m excited about all the possibilities it could hold! Goat? Cow? Both? Land owners, or land renters? Camper dwellers or stick-built house dwellers? We’ll find out! Not today (lol), but eventually. That’s what makes life fun!

So, I’m sad, but only slightly sad, to tell you that there may not be any more goat-oriented posts here anymore.