You are here: Home / Family / 5 Things I Learned From Homeschooling My Kindergartener

So. My five-year-old has graduated up from pre-school to kindergarten. It’s a big incentive for homeschooling, letting them progress at their own pace. 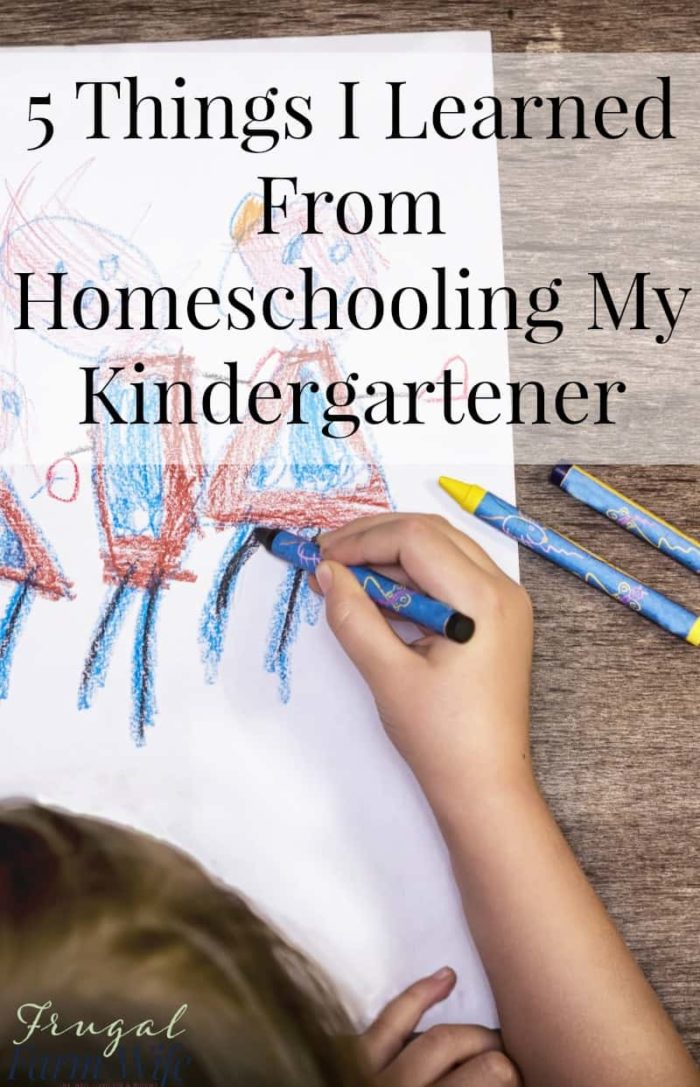 But kindergarten brings a more serious, lengthy curriculum. It’s not like preschool. It’s harder, and takes a lot more time, and it’s opened my eyes to a lot of insights into the way my son thinks, and a lot of mistakes I’ve been making – not just in schooling itself, but in childrearing in general.

These are all things specific to my son, but I bet you’ll find that you identify with at least a few of them – especially if you’re a boy mom.

5 Things I Learned From Homeschooling My Kindergartener

He needs active work. We’ve been working through Teach Your Child To Read In 100 Easy Lessons since the beginning of the school year, and I love how quickly Garrett’s learned to sound out words, but honestly? He hates it. It was a huge source of frustration for me, because from my perspective, he hated school work. But when we got his new curriculum in, with it’s work books and activity books, I realized that the problem was that I was asking him to sit still, using nothing but his eyes when he needs to be doing something – in this case writing, coloring, and swinging his legs as he sits in a chair.

He needs a tangible takeaway. Another problems with Teach Your Child To Read is that there are no take aways. One of Garrett’s greatest joys with the new curriculum, is the very end where we cut out and glue together a little craft project. Sometimes he carries it around with him all day, proudly showing off his handiwork to anyone who will listen. It makes him feel like he accomplished something real.

I need to push, but push gently. When we first started pre-school, I would get so frustrated with Garrett’s inability to understand what I was saying, or follow directions. I was afraid that I was pushing too hard, or that I was failing as a parent. But then I started to notice that after struggling with something for a while, it would all of a sudden “click” like his brain had turned a corner or something. An overnight maturing. I’ve since learned to back off and not stress about it.

It’s good to explain concepts to him, but I can’t make him understand something, and it’s okay to explain it everyday for a month. One day, he’ll just get it. I do still push him, because if the concepts aren’t introduced, there’s no cause for growth, and if he’s not encouraged to try, there’s no incentive to grow. But I don’t worry about it any more, because I know he’ll get it when he’s ready. 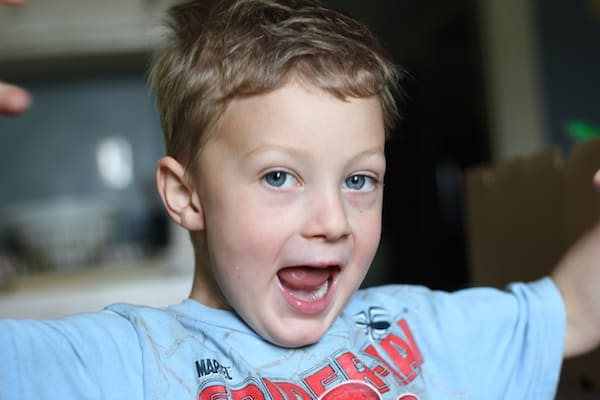 He’s not wired for stillness. But then, what little boy is? Asking him to sit still for forty-five minutes while we do school work from start to finish is just too much. I like to say that we take a five minute recess every fifteen minutes, but really, we recess whenever he gets too twitchy and starts acting frustrated. I can certainly identify with feeling like a task is too big to ever get finished, and I try to be sensitive to the fact that even small tasks can seem to big when your only four.

He needs more love than Correction. Hugs, “good job!”s “you’re so smart!”s, and explaining how learning to read is going to benefit him in the long run is pretty effective for keeping Garrett motivated to do his school work – moreso, I imagine, than threats of punishment. That’s not to say that I never have to scold Garrett for horsing around, or not doing what I’ve asked him to do, because I do – daily! but making a conscious effort to encourage at least twice as often as I scold makes a huge difference in how well our schooling session goes for him as well as me.

I know a lot of more experienced moms are probably thinking all of this is pretty obvious, but as a newb homeschooler, everything is fresh, and new, and important, and share-worthy to me. I know that not everyone chooses to homeschool their children for a lot of reasons, but if you can do it even for just a little while, I think you’ll be amazed at the insights you pick up, and how well you get to know your child’s character through homeschooling. It’s been an amazing experience!

I’d love to hear your thoughts on raising children and homeschooling!