You are here: Home / Family / 3 Tips For Holiday Shopping With Kids In Tow

It’s that time of year again.

Oh, you know what I mean.

The time of year when you can’t take your kids into the store with you because the entry way is lined with toys they want.

Those stores know exactly how to get parents to buy.

And of course, it’s not just toys lining the entry – they know how to get everyone else to buy too. 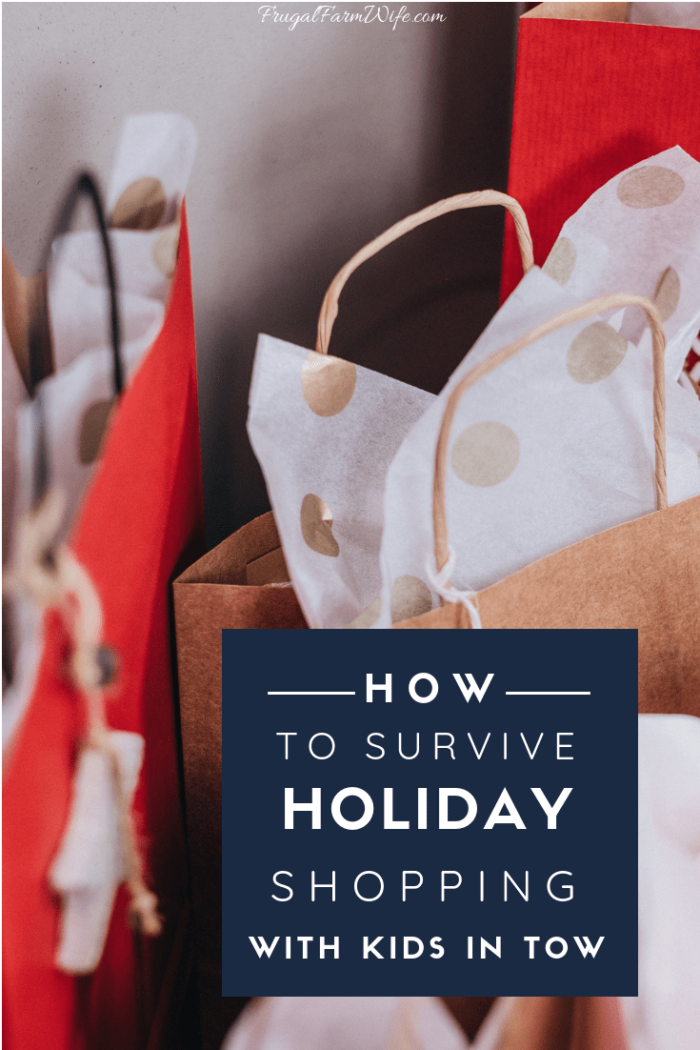 I do try really hard to keep my kids, and for that matter, myself out of the stores from before Thanksgiving until after New Year’s, because it’s just so hard to walk through without being tempted by all the shiny things.

But no matter what I do, it’s not completely feasible. We still need groceries, and on some days, we need them whether my husband is available to watch the kids or not.

So how do you handle kids in a crowded, toys-are-everywhere store?

Talk to them before you go in

I think it’s important to mentally prepare them for what their about to deal with. Yesterday I had to stop by Walmart with my five-year-old, Hadassah in tow. As we parked, I explained to here that there were going to be toys and goodies everywhere we looked as we walked through the store, but that just because they were there, didn’t mean we needed them, or should get them.

Let them window shop if you have time

Sometimes looking at the toys is just as fun as having them themselves. This is especially true for my son and bicycles. He has a perfectly good bike, but he likes to look at new bikes and accessories whenever we go to a store that has them. Kinda like me and camping gear or kitchen gadgets. I love them, but I don’t actually want them.

I think sometimes we have higher expectations for our kids than we do for ourselves. I’m old enough that I don’t (usually) jump up and down, point, and trip over my tongue when I see something that knocks my socks off, but they do sometimes, and it’s okay. It doesn’t make them bad kids, it makes them easily impressed.

It takes a lot of self control for a kids to walk through a loaded store and not ask for a single thing. Heck, I can’t count the number of times I’ve walked out of the store with something I hadn’t intended to buy going in (it usually involves some form of chocolate), and I’m supposed to be the one teaching them self-control.

In our family, our kids for the most part buy their own toys with money they earn from various tasks, which is probably a discussion for another day, but it means that if a toy is in their budget, they’re free to buy it.

We do, however, have a rule; they’re not allowed to impulse buy expensive (relative to their earnings) things.

If they decide they want something while we’re in the store, they go home without it, and if they still want it a week or more later, after we’ve talked about the pros and cons and it’s no longer in their face, then they can buy it next time we go shopping.

There you go. Just my opinion, and what has helped me get through shopping with the kids during Christmas season. I will say that my son went through a pretty bad phase a while ago of wanting everything he saw, but I think he’s maturing out of it. 😉

What are your best tips for shopping with kiddos?